Kerala Plus One Physics Notes Chapter 4 Motion in a Plane

Summary
Introduction
In this chapter, we will study, about vector, its ’ addition, substraction and multiplication We then discuss motion of an object in a plane. We shall also discuss uniform circular motion in detail.

a. Scalars:
A quantity which has only magnitude and no direction is called a scalar quantity.
Eg: length; volume, mass, time, work etc.

b. Vectors:
(i) The need for vectors:
In one dimensional motion, there are only two possible directions. But in two or three dimensional motion, infinite number of directions are possible. Hence quantities like displacement, velocity, force etc. cannot be represented by magnitude alone: Therefore in order to describe such quantities, not only magnitude but direction also is essential.

(ii) Vector:
A physical quantity which has both magnitude and direction is called a vector quantity.
Eg: Displacement, Velocity, Acceleration, Force, momentum.

1. Position and Displacement Vectors:
Position vector:
Consider the motion of an object in a plane. Let P be the position of object at time tw.r.t.origin given O. 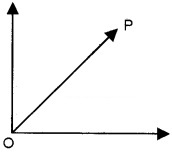 A vector representing the position of an object P with respect to an origin O is called position vector \(\overrightarrow{\mathrm{OP}}\) of the object. This position vector may be represented
by an arrow with tail at O and head at P.

The length of the line gives the magnitude of the vector and arrow head (tip) indicates its direction in space. The magnitude of OP is represented by |\(\overrightarrow{\mathrm{OP}}\)|. 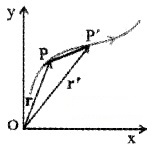 2. Equality of vectors:
Two vectors are said to be equal if they have the same magnitude and direction.

Question 1.
Observe the following figures (a) and (b) and find which pair does represents equal vectors?

Answer:
Figure a represent that A and B are equal vectors. Two vectors A1 and B1 are unequal, because they were in different directions.

Multiplication Of Vectors By Real Numbers
Multiplying a vector \(\vec{A}\) with a positive number I gives a vector whose magnitude is changed by the factor λ.

A vector A and resultant vector after multiplying it by a negative number-1 and -1.5.

Addition And Subtraction Of Vectors – Graphical Method
Vectors representing physical quantities of the same dimensions can be added or subtracted. The sum of two or more vectors is known as their resultant.

1. When two vectors are acting in the same direction: 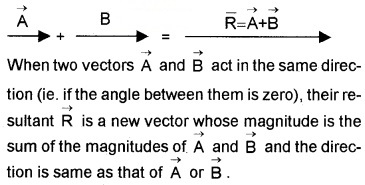 2. When two vectors act in opposite direction:
In this case, the angle between the vectors is 180°.

3. When two vectors are inclined to each other:
The sum of two vectors inclined at an angle q can be obtained either by 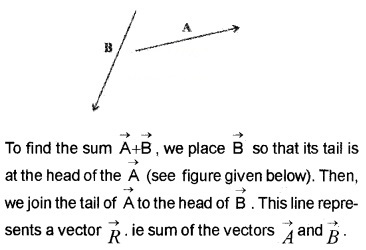 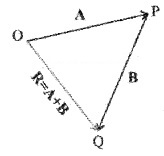 (ii) Parallelogram law of vector addition:
This law states that if two vectors acting at a point can be represented in magnitude and direction by the two adjacent sides of a parallelogram, then the diagonal of the parallelogram through that point represents the resultant vector.
Explanation
Consider two vectors \(\vec{A}\) and \(\vec{B}\) as shown in figure. 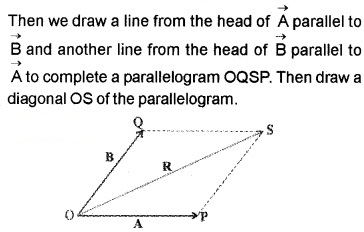 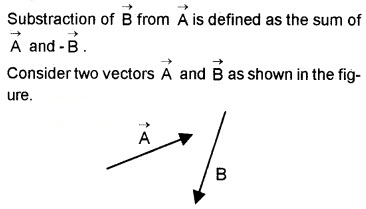 Question 2.
Explain a zero vector using an example.
Answer:
Suppose that an object which is at P at time t, moves to p1 and then comes back to P. In this case displacement is a null vector. 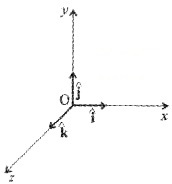 In the Cartesian coordinate system, the unit vectors along the X, Y and Z directions are represented by \(\hat{i}\), \(\hat{j}\) and \(\hat{k}\) respectively and are known as orthogonal unit vectors.
For unit vectors

From the figure, the magnitude of \(\overrightarrow{\mathrm{A}}\) can be written as, 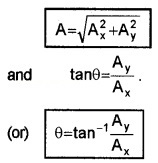 Question 3.
A vector \(\overrightarrow{\mathrm{A}}\) in xyz plane is given below. Ax, Ay and Az are the perpendicular components in x,y and z directions respectively. 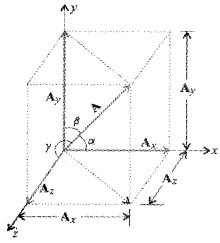 The magnitude of vector \(\overrightarrow{\mathrm{A}}\) is

Vector Addition – Analytical Method
The graphical method of adding vectors helps us in visualizing the vectors and the resultant vector. But this method has limited accuracy and sometimes tedious. Hence we use the analytical method to add vectors.
Explanation 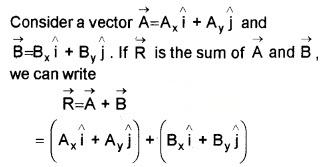 Motion In A Plane 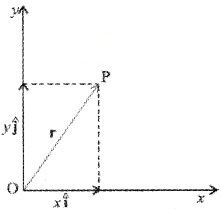 Consider a small body located at P with reference to the origin O. The position vector of the point ‘P’ 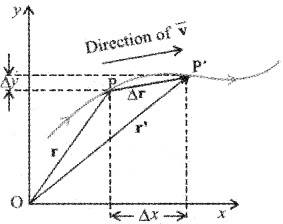 The direction of average velocity is the same as that of \(\overrightarrow{\Delta r}\).
The instantaneous velocity can be written as 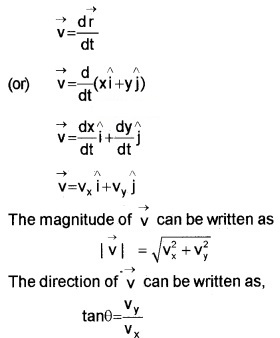 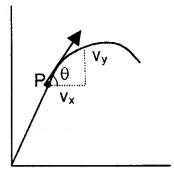 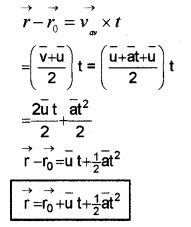 Similarly velocity of B relative to that of A

Projectile Motion
Projectile:
A body is projected into air and is allowed to move under the influence of gravity is called a projectile.

Consider a body which is projected into air with a velocity u at an angle q. The initial velocity ‘u’ can be divided into two components ucosq along horizontal direction and using along vertical direction. 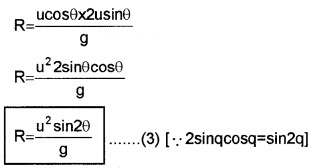 Equation for path of projectile

Question 5.
What is the shape of path followed by the projectile? Show that the path of projectile is parabola. The vertical displacement of projectile at any time t, can be found using the formula.
Answer:
S = ut+ 1/2at2
y = usinqt – 1/2gt2
But we know horizontal displacement, x = ucosq × t 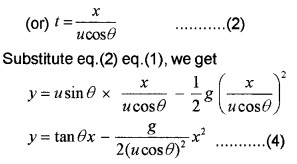 In this equation g, q and u are constants. Hence eq.(4) can be written in the form
y = ax + bx2
where a and b are constants. This is the equation of the parabola, ie. the path of the projectile is a parabola.

Expression for velocity and acceleration in uniform circular motion: 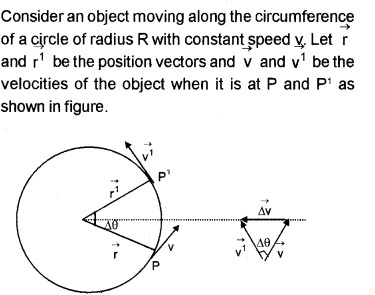 The direction of velocity is in the direction of tangent at that point. The change in velocity vectors \((\overrightarrow{\Delta v})\) is obtained by triangle law of vector as shown in figure (b).

a. Speed and angular speed in uniform circular motion:
Let the Dq be the angle constructed by the body during the time interval ∆t. The angular velocity can be written as

If the distance travelled by the object during the time Dt is Dr (ie. PP1 = Ds) then speed 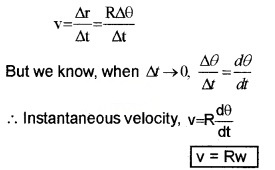 b. Acceleration in uniform circular motion: 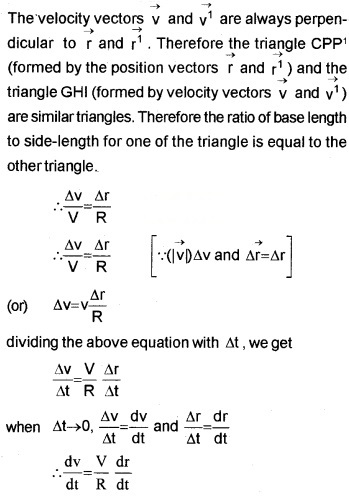 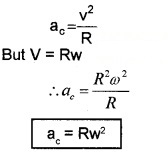