Question 2.
a) The figure shows the position time graph of a body moving along a straight line. (MARCH-2011) 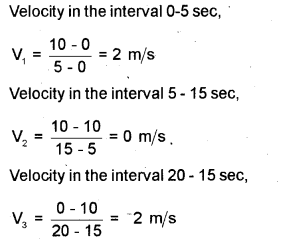 When we draw velocity – time graph, we get a graph as shown in the figure. 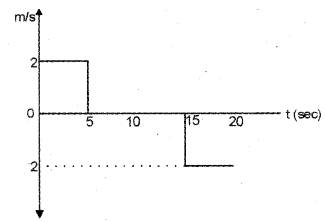 ii) Area under velocity – time graph gives displacement.
Area A = 2 x 5 + 2 x 5
A = 0
displacement = 0
b) Consider a body moving with uniform acceleration ‘a’. Let u be the initial velocity at a time t = 0 and v be the final velocity at time t. The velocity time graph of this body is given below. 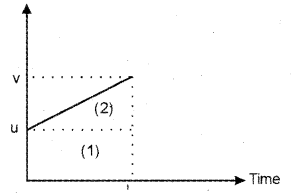 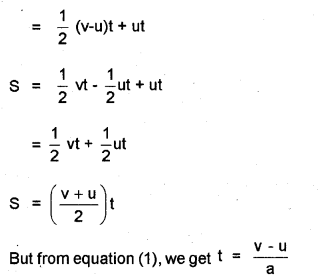 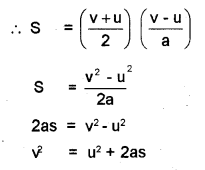 Question 4.
Acceleration is the time rate of change of velocity. Give an example of a body possessing zero velocity and still accelerating. (MAY-2011)
Answer:
i) An oscillating pendulum at extreme position,
ii) At highest point of a stone that is thrown vertically upwards with a velocity.

Question 5.
Graph representing the motion of two bodies are shown below. State with reason whether it can rep-resent one dimensional motion. (MAY-2011) 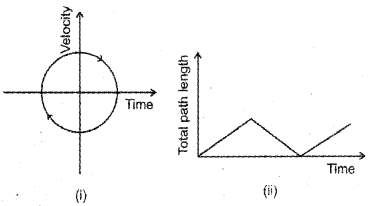 Question 6.
Acceleration – time graph of a body starts from rest as shown below: (MARCH-2012) 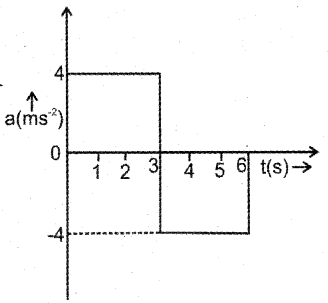 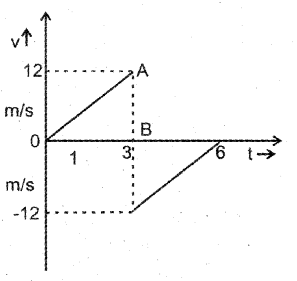 Question 7.
a) State in the following cases whether the motion is one, two or three dimensions. (MAY-2012)
i) A butterfly flying around a flower.
ii) A bus moving along a long and straight road.
b) Derive the equations of motion for non-uniform motion in one dimension.
c) Look at the graphs in fig. (a) and fig. (b) carefully and state which of these can’t possibly represent one dimensional motion with reasons. 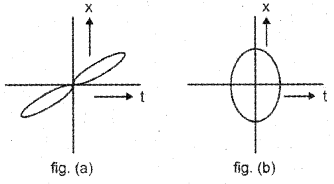 Answer:
a) 1) 3 D
2) 1 D
b) Velocity – time relation
Consider a body moving along a straight line with uniform acceleration ‘a’. Let ‘u’ be initial velocity and ‘v ‘ be the final velocity at time t.

Question 8.
Figure given below shows the motion of a school bus starting from the point 0 and travels along a straight line. (MARCH-2013)

a) Complete the following table: 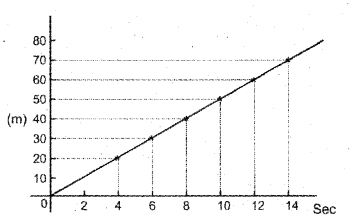 Question 9.
Acceleration-time graph of a body is shown below: (MAY-2013) 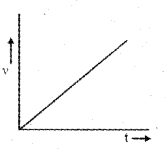 Question 10.
Acceleration is defined as the rate of change of velocity. (MARCH-2014)
a) Is it possible for a body to have acceleration with-out velocity? Explain.
b) Draw the velocity – time graph of a body moving with uniform acceleration ‘a’ and initial velocity V0.
c) Using the above graph, obtain the equation for displacements time ‘t’.
Answer:
a) Yes
When a vertically projected body reaches at highest point, its velocity becomes zero and acceleration a = g.
b) 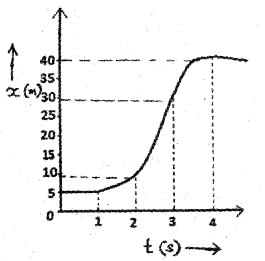 a) Estimate the velocity during the time interval t=2s to t = 3s.
b) Displacement of an object is proportional to t³. Show that its acceleration is increasing with time.
Answer:
Slope of position time graph gives velocity

b) x = t³
Differentiating on both sides 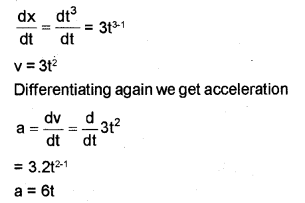 This equation shows that the acceleration varies with time. 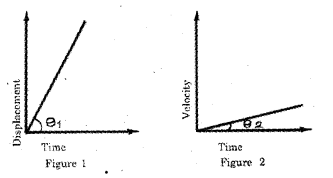 Answer:
a) Identify the type of motion the runner A has.
i) Uniform motion
ii) Nonuniform motion
iii) Accelerated motion
iv) Jerking motion
b) Derive a mathematical relation that connects displacement, velocity and time for runner A.
c) Analyzing the above tow graphs, find which runner will win the race. Why? (Here θ1 > θ2).
a) i, uniform motion
b) v² = u² + 2as
0 = u² + 2as
s = \(\frac { u² }{ 2a }\)
c) Runner A is moving with constant velocity. For runner B, velocity is increasing with time (uniformly accelerated). Hence runner B will win the race. 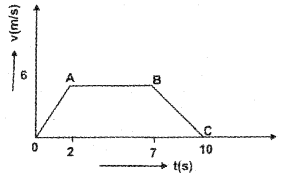 a) Which portion of the graph represents uniform retardation?
i) OA
ii) AB
iii) BC
iv) OC
b) Find the displacement in time 2s to 7s.
c) A stone is dropped from a height h. Arrive at an expression for the time taken to reach the ground.
Answer:
a) iii) BC
b) Area under AB gives displacement between 2s and 7s.
displacement = 6 x 5 = 30 cm
c)

Question 16.
An object released near the surface of the earth is said to be in free fall. (Neglect the air resistance). (MARCH-2017)
a) Choose the correct alternative from the clues given at the end of the statement.
“Free fall is an example of accelerated motion”, (uniformly / non uniformly)
b) The incomplete table shows the velocity (v) of a freely falling object in a time interval of 1 s. (Take g=10m/s²) 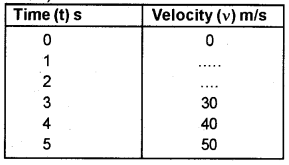 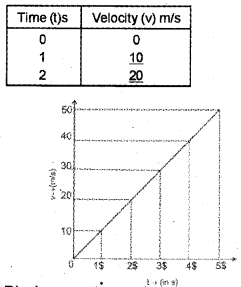