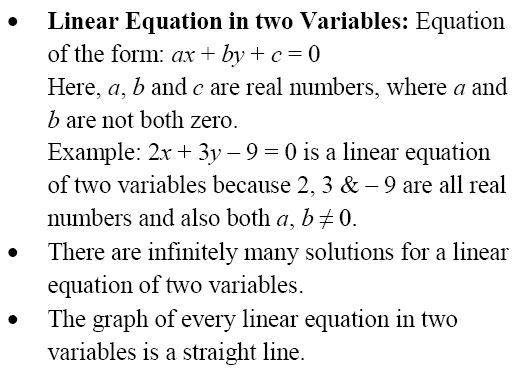 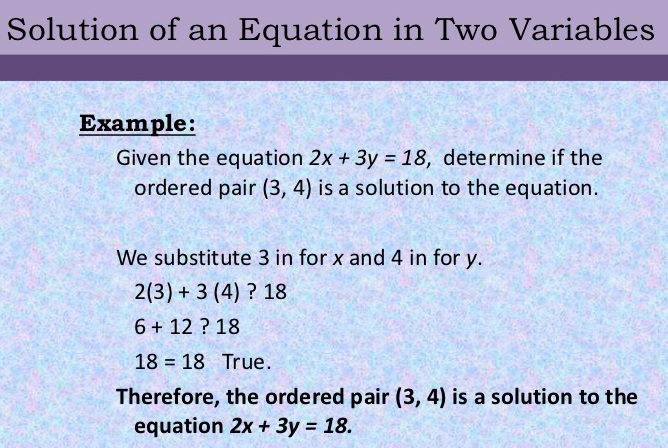 A statement of equality of two algebraic expressions, which involve one or more unknown quantities is known as an equation. If there are two unknown quantities then equation is called linear equation in two variables.
A linear equation is an equation which involves linear polynomials.
A value of the variable which makes the two sides of the equation equal is called the solution of the equation.
Same quantity can be added/subtracted to/from both the sides of an equation without changing the equality.
Both the sides of an equation can be multiplied/divided by the same non-zero number without changing the equality.
Note :- To find value of variables in any equation we required number of equation equal to number of variables in equation.

Step I: Obtain the linear equation, let the equation be ax + by + c = 0.
Step II: Express y in terms of x to obtain \(y=-\left( \frac{ax+c}{b} \right)\)
Step III: Give any two values to x and calculate the corresponding values of y from the expression in step II to obtain two solutions, say (α1, β1) and (α2, β2). If possible take values of x as integers in such a manner that the corresponding values of y are also integers.
Step IV: Plot points (α1, β1) and (α2, β2) on a graph paper.
Step V: Join the points marked in step IV to obtain a line. The line obtained is the graph of the equation ax + by + c = 0. 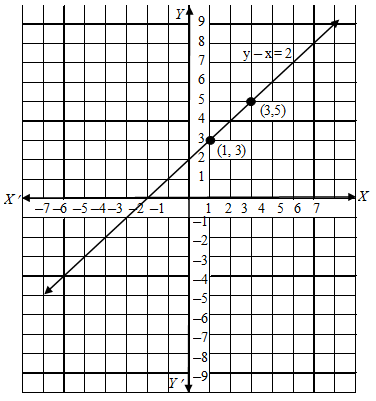 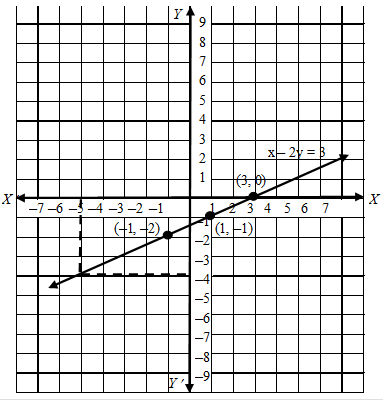 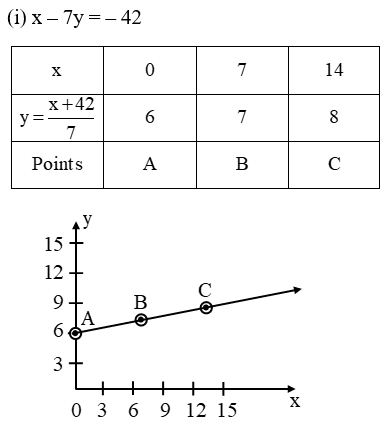 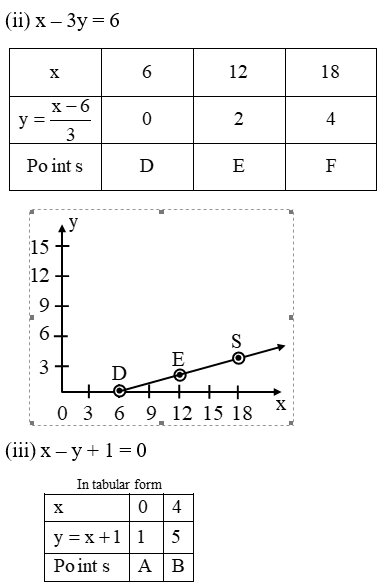 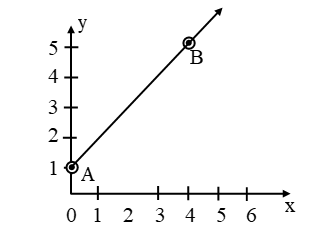 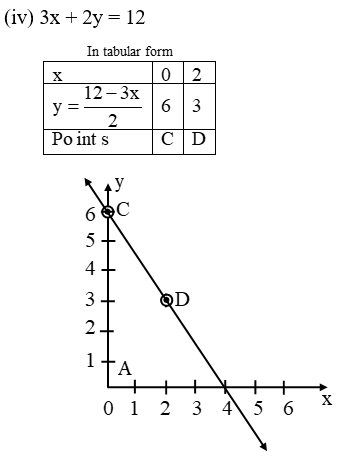 Note:
(i) The graph of any linear equation is a line and every solution of equations lies on the graph of that equation.
(ii) If a point (a, b) is not on the line then this point is not a solution of given equation. 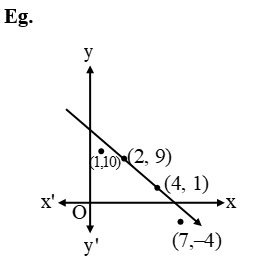 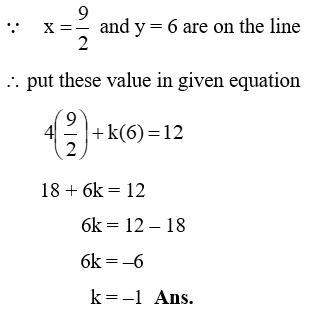 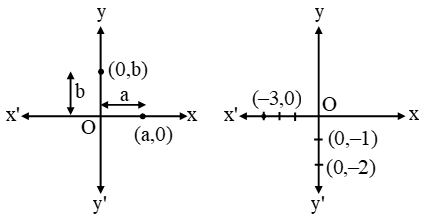 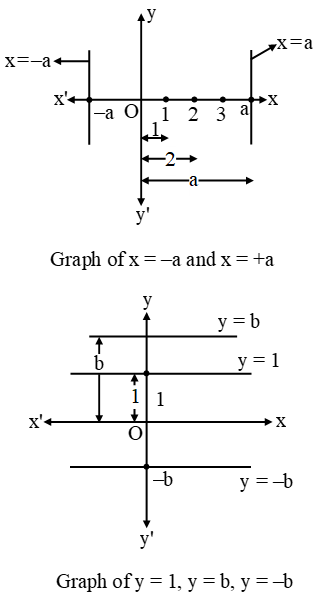 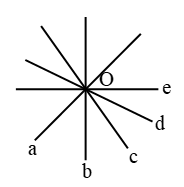 Note:
From a point there are infinite lines can pass, so we can find (or make) infinite equations of lines which passes through a given point.