Below we have given a long essay on Look Before You Leap Story of 500 words is helpful for classes 7, 8, 9 and 10 and Competitive Exam Aspirants. This long essay on the topic is suitable for students of class 7 to class 10, and also for competitive exam aspirants.

“Look before you leap” appears as a moral in several childhood stories. One such story of a cunning fox and a foolish goat. The goat leapt into the well without thinking how would it come out. In another story, the wise jackal saved his life when he saw the footprints of a lion outside the cave, before entering it. The other proverb, “fools rush in where angels fear to tread” originated from one of the works of Alexander Pope, An Essay on criticism. In 1854, Abraham Lincoln used this expression in a speech that he delivered at Illinois.

Rash decisions many a times lead to dangerous and unwanted consequences. It is as similar as jumping into a river without knowing its depth and flow. However, it does not mean that one should delay in making decisions or avoid taking a stand. Rather, one should think twice before taking a decision. One should think about things rationally and logically to reach a conclusion. Quick decisions are always welcome but not rash decisions. Even if one has to act on impulse and has no time to think things out as in times of an emergency, then also one should use one’s presence of mind and then do something. Quick decision-making should be coupled with prudence and justice.

For instance, the great conqueror Napoleon Bonaparte took a rash decision of attacking Russia without realising or taking into consideration the fierce and terrible winter conditions of that country. Resultantly, his armies were trapped in snow and the Iron Guards of his army, of whose strength Napoleon was extremely proud of, got completely destroyed and annihilated. Historians believe that due to this one rash and hasty decision, Napoleon lost the crowning glory of his army. It was a loss from which he could never recover. It is hard to believe that a man with an unshakable will power and sound reasoning made such a rash decision.

In many fields today, we see people doing things mindlessly. Students opt for a subject which they are not interested in. Professionals diverge from their core area of competence and regret later.

Thus, it is always better to think twice, before reaching any decision or jumping to conclusions. One should not rush into things. Foolish people rush in where wise people even fear to tread. Foolish people act on impulses without exercising their reason. They act impulsively, being governed and guided by their emotions.

Overpowering emotions cloud their power of reasoning and they end up without any pre-consideration and pre-thinking. It seems that they invite danger and trouble with their hasty nature.

The fishy, temporary charms, the transient things of this world which are like serpents under a rose, attract the unwise and the foolish. They unwittingly surge ahead on the slippery and slimy path of destruction. They fail to assess their situation, circumstances and the environment around. They fail to see the full picture as they are blinded by their hasty nature. They even fail to analyse their abilities and also fail to channelise their abilities in the proper and right direction. 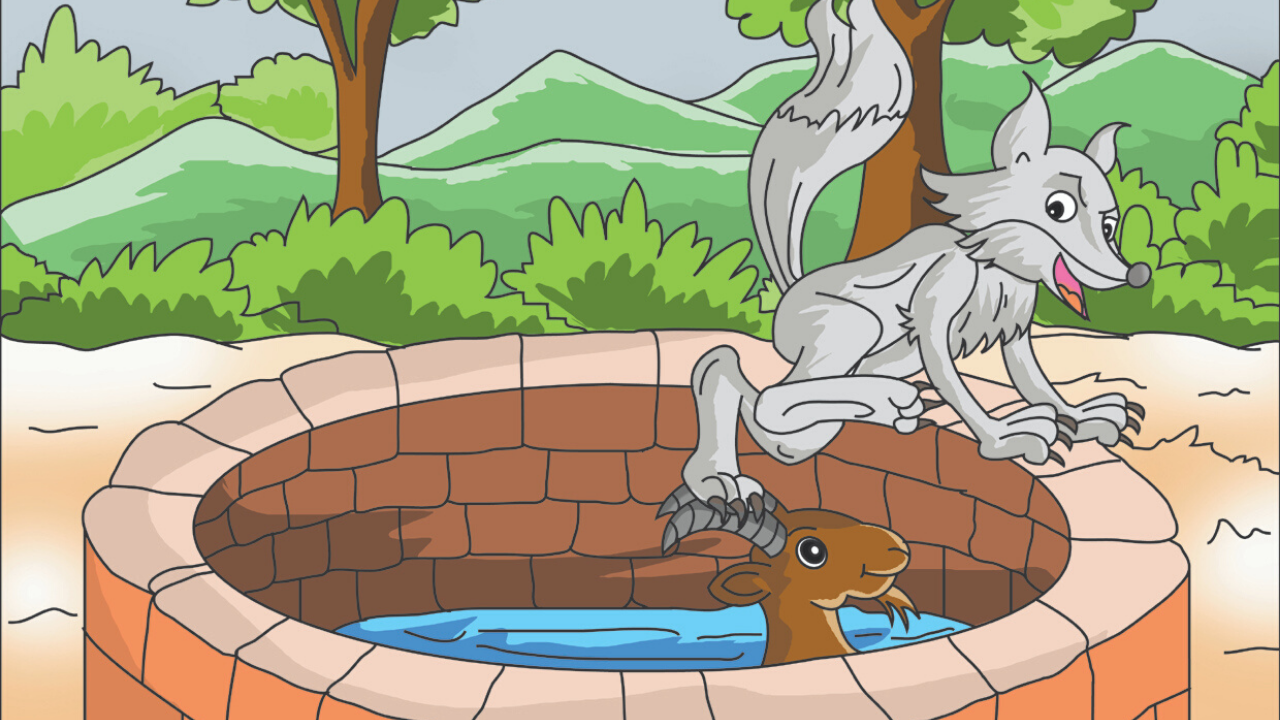 Below we have given a short essay on Look Before You Leap Story is for Classes 1, 2, 3, 4, 5 and 6. This short essay on the topic is suitable for students of class 6 and below.

On the contrary, those who are wise and intelligent, plan every detail with careful consideration and think over it, again and again, using reason, logic and brain before plunging into a task. They do not plunge heedlessly into doing things. They weigh all the pros and cons, the good and the bad, the positive and the negative before arriving at a solid and workable decision. Even if a problem arises they do not jump to conclusions hastily. They try to get to the root of the problem in order to solve it. They devote a good amount as well as good quality of time and energy to take the right decision and even to mend mistakes or make things right.

Thus, it is a prudent advice to foolish and impulsive people that it is always better and desirable to look before one leaps.

Look Before You Leap Essay Word Meanings for Simple Understanding