How do Logarithms Work?

“The Logarithm of a given number to a given base is the index of the power to which the base must be raised in order to equal the given number.” 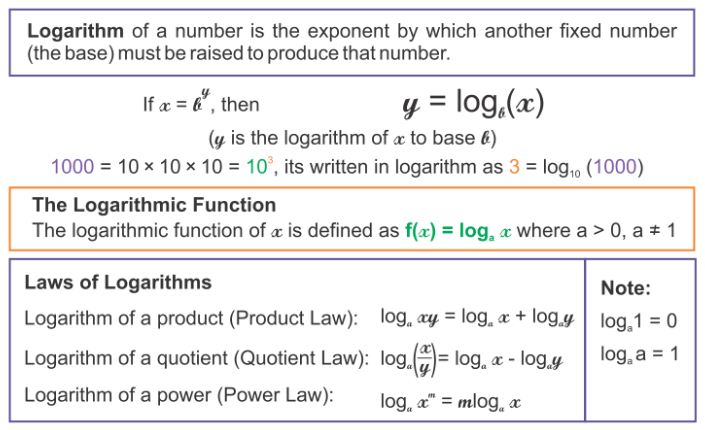 If a > 0 and ≠ 1 then logarithm of a positive number N is defined as the index x of that power of ‘a’ which equals N i.e.,

It is also known as fundamental logarithmic identity.
Its domain is (0, ∞) and range is R. a is called the base of the logarithmic function. 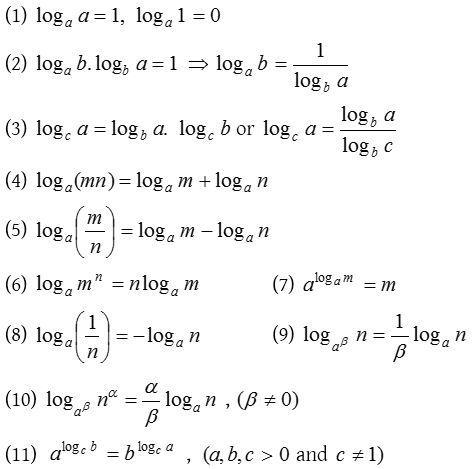 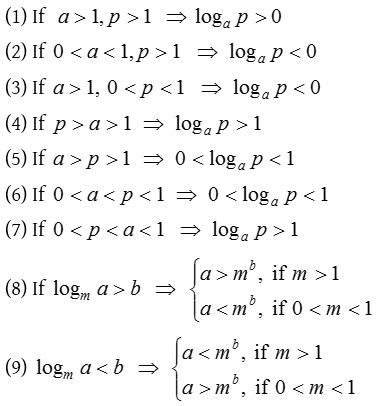