Letter to Principal: Students can address a letter to the principal for a variety of reasons. These reasons can range from long leave applications to special requests. However, an important aspect to remember, regardless of the reason is that the letter must be formal and grammatically correct. This is done so to ensure that the message is unambiguous and straight forward. Moreover, the student must ensure that the letter writing to principal follows all formal letter writing conventions – such as the inclusion of a salutation, subject line and closing phrases.

Principal Letter must include essential details such as the reason for the leave, the exact dates of absences, contact information, any necessary arrangements and finally, an expression of gratitude. The letter could also include requests for special permission, such as preparing for a fest, and any relevant information. Usually, letters are addressed to principals for the issue of character certificates, recommendations and transcripts, accessing school records, permission for field trips as well as sick leaves.

The following is a sample format of application to principal that can be adapted to most scenarios. 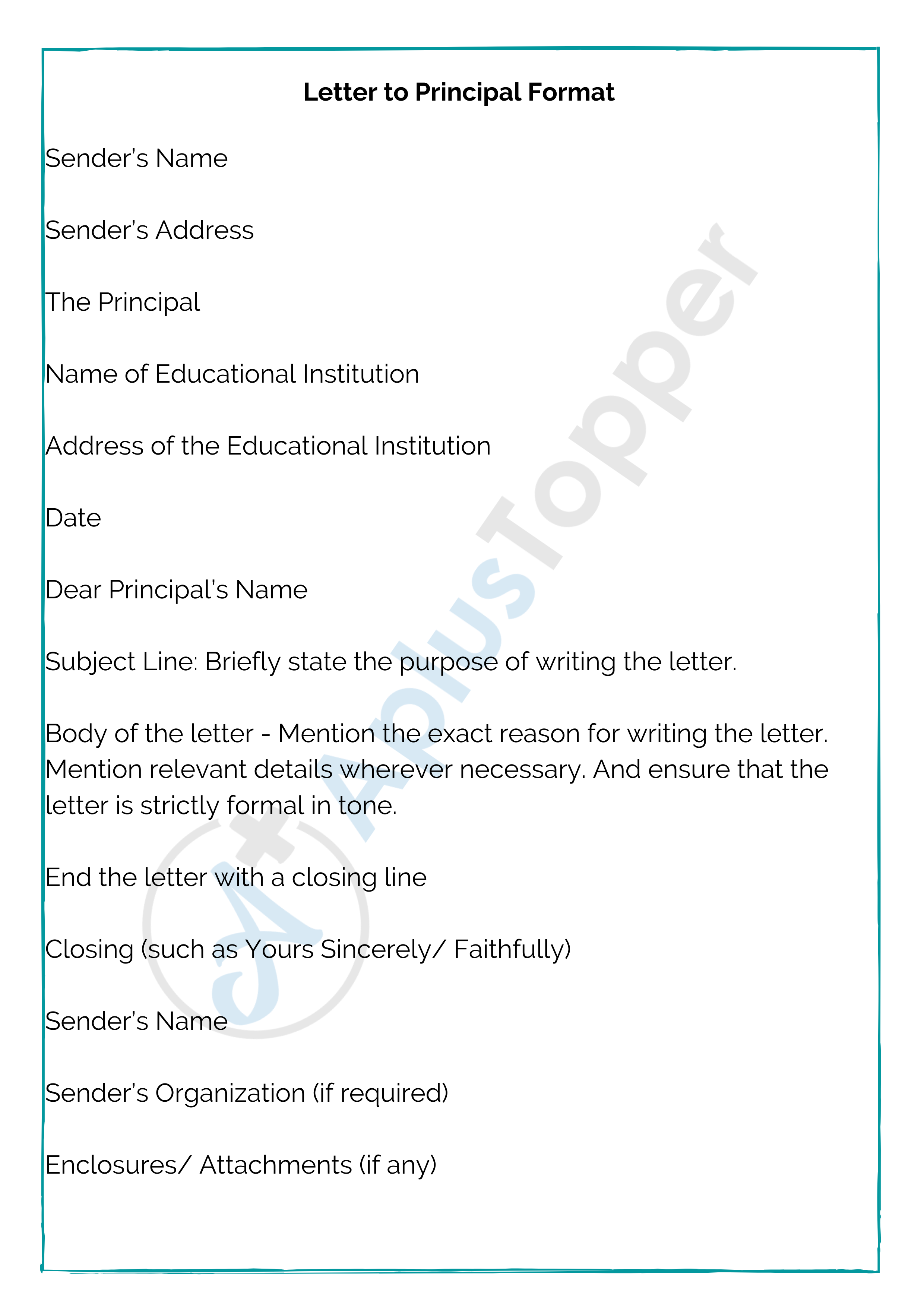 Sample Letters to the Principal

The following are a few sample letters for various scenarios. 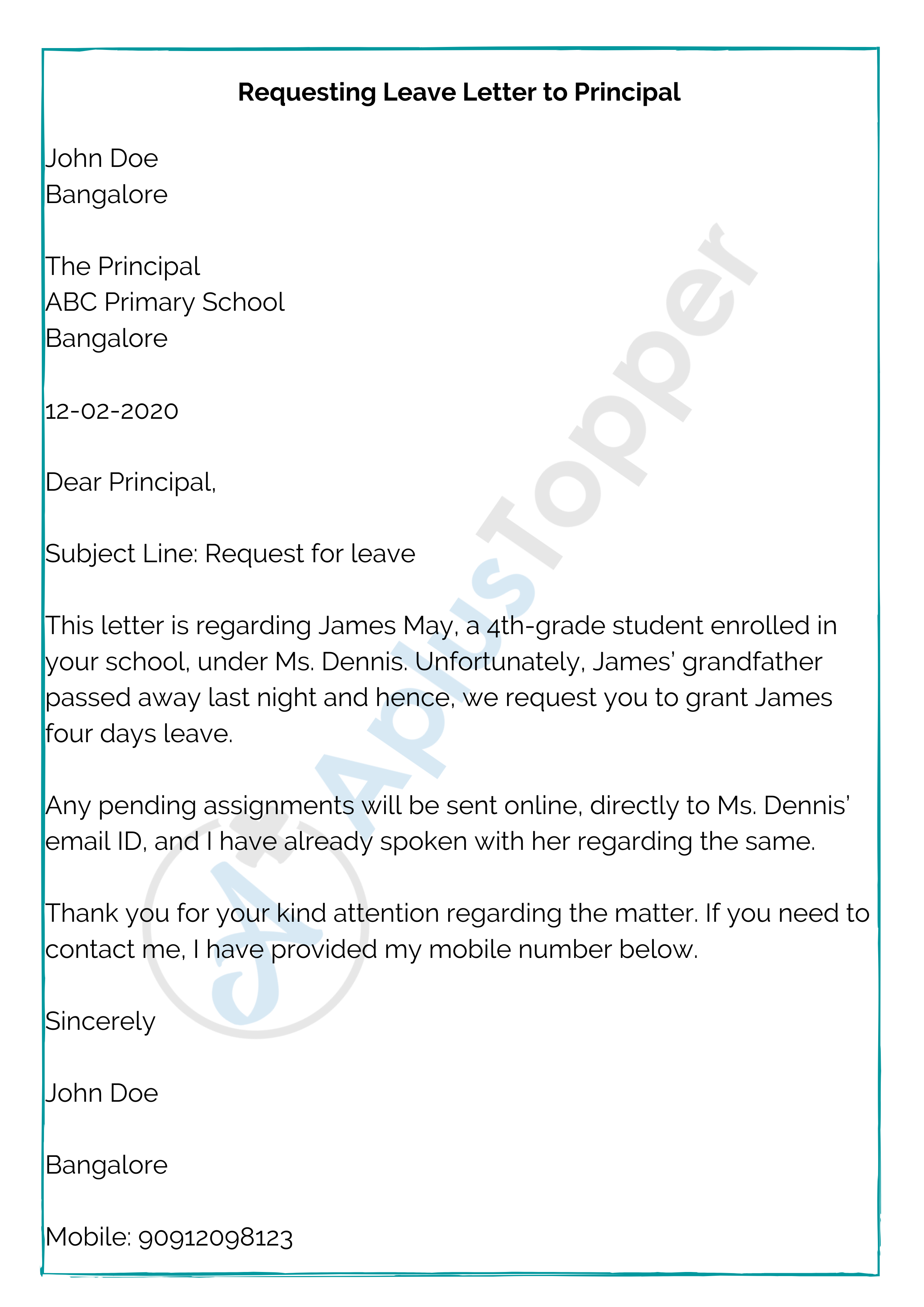 Sample 2 – Letter to Principal Requesting for a Farewell Party FAQ’s on Letter to Principal

Question 1.
How to write a formal letter Format to principal?

Answer:
Just like any other formal letters, ensure all formal writing conventions are followed. Also, state the exact reason for writing the letter. Be polite and avoid using slang.

Question 2.
How to write a letter to my principal requesting him/her to give leave?

Answer:
Ensure that strict formal conventions are followed when drafting the letter. Next, state the exact reason for requesting leave. Also mention the exact dates of the leave. And lastly, If required, mention any arrangements that you have made in your absence.

Question 3.
Is it better to send a handwritten note or an email to the principal?

Answer:
In today’s day and age, emails are considered the new norm for formal communication. Hence, all letters that are to be addressed to the principal are to be sent through email.

Question 4.
What are the tips to remember when writing a letter to the principal?

Answer:
Ensure that the letter is strictly formal and no slang are mentioned. State the exact reason for writing the letter. And of taking leave or planning for an event, state the number of days required. Also include contact information in the letter. Lastly, proofread the letter before sending it.