Question 1.
Answer each of the following questions briefly: [10 × 2]
(i) Give two differences between Net Profit and Cash from Operations.
(ii) When does loss on Issue of Debentures arise ?
(iii) Give two differences between Authorized Capital and Issued Capital.
(iv) Why is the word Memorandum affixed to the Memorandum Joint Venture Account ?
(v) How is double entry completed in the Journal Ledger when ledgers are kept under the Self Balancing System ?
(vi) What is the accounting treatment of Employees Provident Fund appearing in the Balance Sheet of a partnership firm at the time of its dissolution ?
(vii) Give the formula for computing Price Earning Ratio.
(viii) Give two differences between Reserve Capital and Capital Reserve.
(ix) How will the firm show the amount payable to the retiring partner, if it is not in a position to immediately pay the amount due to him on his retirement ?
(x) What accounting steps are taken by a partnership firm when a new partner is unable to bring the business guaranteed by him ?
Answer:
(i)

(ii) Loss on Issue of Debentures arises when debentures are to be redeemed at a value higher than their face value.

(iv) The word Memorandum is affixed to the Memorandum Joint Venture Account because it is not a part of the Double Entry System of Book Keeping. It is just a rough account prepared to calculate the Profit or Loss.

(ix) The amount payable to the retiring partner would be transferred to his Loan Account and reflected in the Balance Sheet as a liability .

Question 3. [14]
Reliable Ltd. was registered with an authorized capital of ₹ 20,00,000 in ₹ 10 per equity share. It invited applications for issuing 1.00.000 equity shares at a premium of ₹ 2 per share. The amount w as pay able as follows:
On application ₹4 per share (including premium)
On allotment ₹ 3 per share
Balance on 1st and Final Call.
Applications were received for 1,30.000 shares. Applications for 10,000 shares were rejected and the application money received on them was refunded. Pro-rata allotment w as made to the remaining applications. Amount overpaid on these applications was adjusted towards the amount due on allotment. Sameer, who had applied for 1,200 shares, failed to pay the allotment and call money. The company forfeited his shares, out of which 800 shares were re-issued to Sanjay at ₹ 9 per share fully paid up.
You are required to:
(i) Pass the Journal Entries in the books of the company through Calls in Arrears Account.
(ii) Prepare the Share Allotment Account.
Answer: 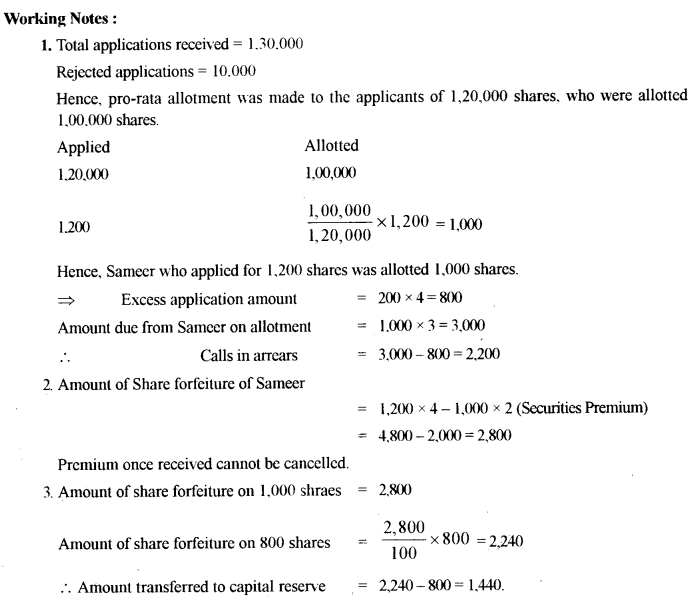 You are required to calculate Cash from Operating Activities as per Accounting Standard-3. (Show your working clearly)
Answer: 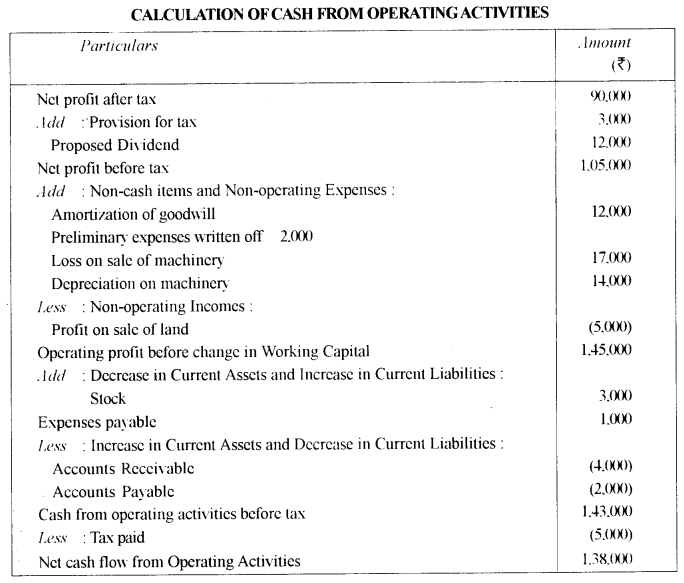 Question 5.
Following is the Balance Sheet of Ravi and Prakash as on 31st March, 2012 :

The firm was dissolved on 31st March. 2012 on the following terms :
(a) Ravi took over stock at ₹ 8.000.
(b) Creditors payable after two months w ere paid immediately at a discount of 6% per annum.
(c) Debtors realized ₹ 35,000
(d) Plant and Machinery and Investments realized ₹ 60,000.
(e) An old computer completely written off w as taken over by Prakash at ₹ 1,200.
(f) Realization expenses of ₹ 2,000 were paid by Ravi.
You are required to prepare :
(i) Realization Account.
(ii) Partners’ Capital Accounts.
(iii) Cash Account.
Answer: 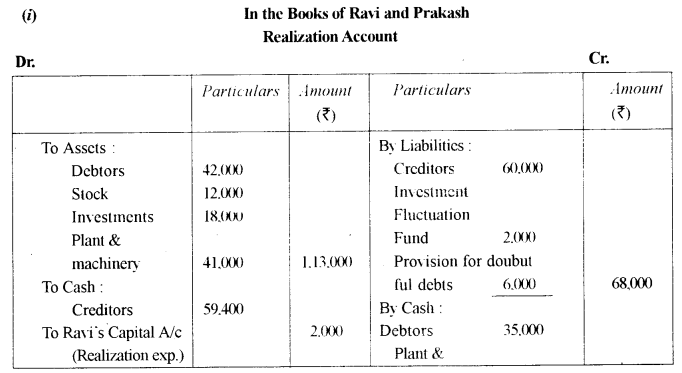 They agreed to admit Prachi into partnership for 1/5th share of profits on 1st April. 2012 on the following terms :
(a) All debtors to be considered as good and therefore the provision for doubtful debts to be written back.
(b) Value of land and building to be increased to ₹ 18,000.
(c) Value of plant and machinery’ to be reduced by ₹ 2,000.
(d) The liability against Workmen’s Compensation Fund is determined at ₹ 2,000 which is to be paid later in the year.
(e) Prachi to bring in her share of Goodwill of ₹ 10,000 in cash.
(f) She will further bring in cash so as to make her capital equal to 20% of the total capital of the new firm. (Show your workings clearly)
You are required to prepare:
(i) Revaluation Account
(ii) Partners’ Capital Accounts.
(iii) Balance Sheet of the reconstituted firm.
Answer: 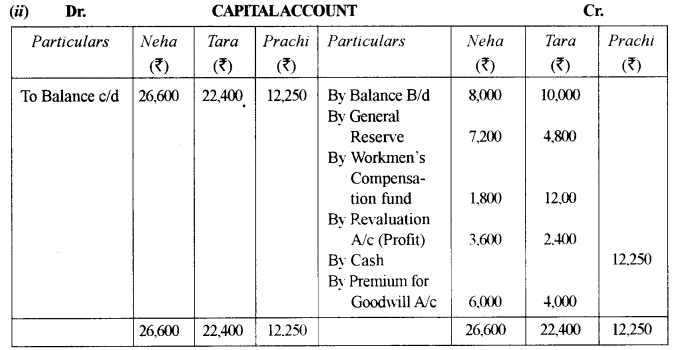 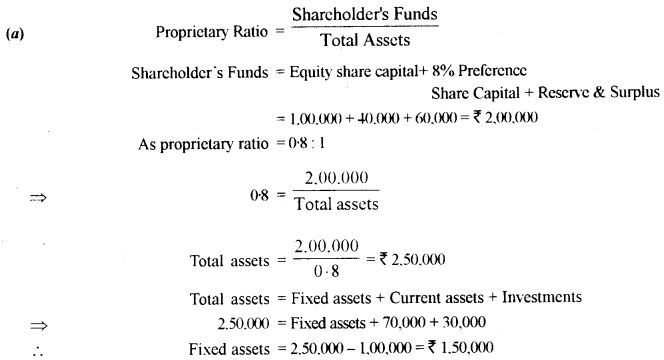 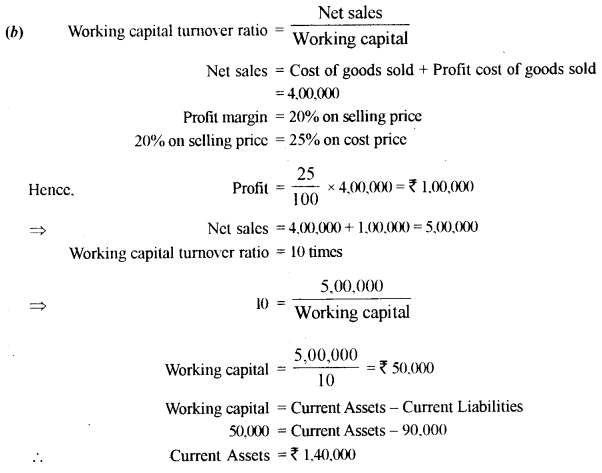 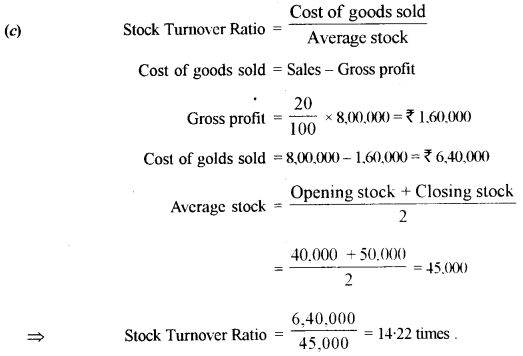 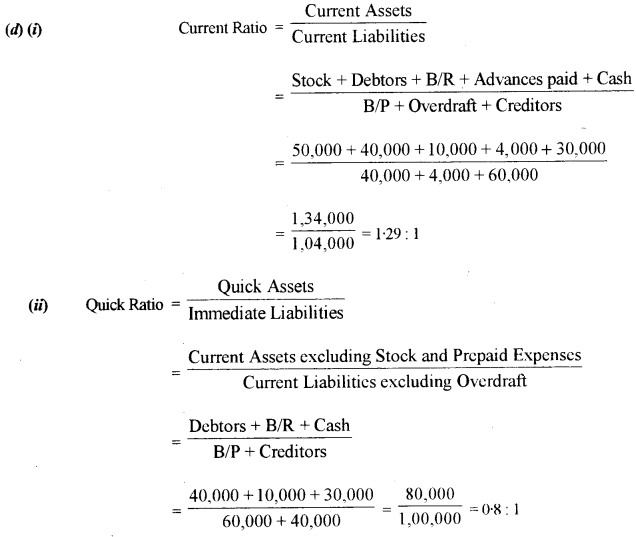 Question 8.
Andrew and Roger entered into a joint venture and agreed hare profits and losses in the ratio of 3 : 2 respectively. [14]
Andrew purchased goods worth ₹ 1,00,000 in cash. He spent ₹ 10,000 on freight and insurance and dispatched the goods to Roger.
Roger got the goods released from-the transport company and paid ₹ 5.000 on carriage up to the warehouse and ₹ 10.000 as rent of the warehouse.
Roger sold 80% of the goods for ₹ 3,00,000. He was entitled to receive commission a 6% of the sales. He later informed Andrew that the remaining goods were desroyed by fire. Since the goods in the warehouse were not insured. Roger agreed to bear the entire loss which was valued at original cost plus proportionate expenses.
The accounts were settled between the co-venturers by means of a bank draft.
You are required to prepare in the books of Andrew :
(i) Joint Venture Account.
(ii) Roger’s Account.
Answer: 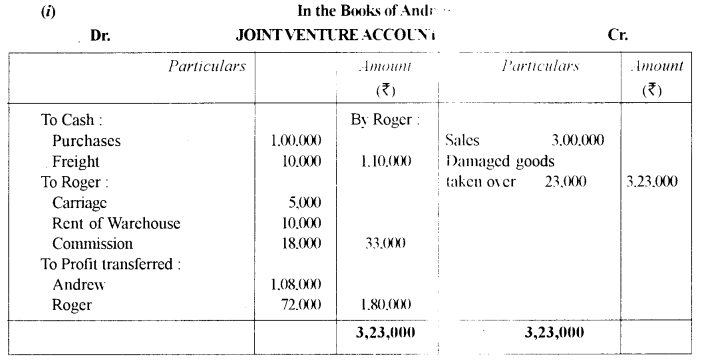 Question 9.
Sim. Tim and Jim are partners sharing profits and losses equally. Their Balance Sheet as on 31st March, 2012 stood as follows:

From April 1st 2012, the partners decide to share profits and losses in the ratio 3:2:1 and for that purpose the following revised value of assets were agreed upon :
Building ₹ 2,75,000; Plant and Machinery ₹ 90,000; Patents and Copyrights ₹ 1,32,500; Stock ₹ 2,00,000: Prepaid Insurance ₹ 5,000 and Debtors ₹ 1,42,500. Goodwill of the firm was valued at ₹ 60,000.
Partners decide not to disturb the reserves. Also, they decide not to record the revised values of assets in the books of Accounts.
You are required to prepare:
(i) Partner’s capital accounts.
(ii) Balance Sheet of the re-constituted firm.
(Show your workings clearly)
Answer: 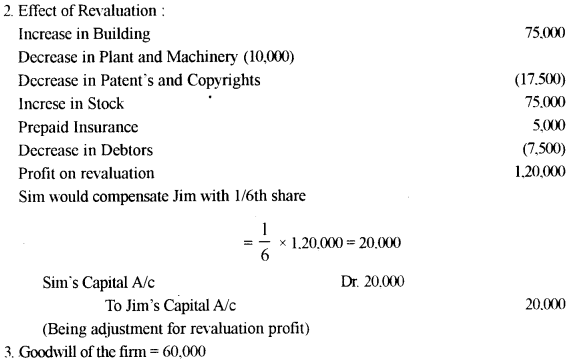 You are required to prepare Journal Ledger Adjustment Account in the Creditors’ Ledger.