India China Relations Essay: China and India are two powerful countries in Asia, And These are the two most populous countries and amongst the fastest developing important economies in the World.

Long Essay on India China Relations Essay is usually given to classes 7, 8, 9, and 10.

Relations between contemporary China and India have been characterised by border disputes, resulting in some military conflicts. The first one is Sino- Indian War of 1962. The Sino-Indian War, also known as the Indo-China War and Sino-Indian Border Conflict, A Chinese disputed Himalayan border was the main cause of the war. After that Indian Prime Minister Jawaharlal Nehru and Chinese Prime Minister Zhou Enlai drew the LAC (Line of Actual Control) in 1959.

The second one is Nathu La and Cho la incident in 1967. It was a series of military clashes between India and China alongside the border of the Himalayan Kingdom of Sikkim, According to Independent sources, India achieved a “decisive tactical advantage” and managed to hold its own against Chinese forces. According to the Chinese claims, the number of soldiers killed was 32 on the Chinese side and 65 on the Indian side in the Nathu La incident; and 36 Indian soldiers and an ‘unknown number of Chinese were killed in the Cho La incident.

Then just after 20 years, In 1986, a military standoff took place between India and China in the Sumdorong Chu Valley bordering the Tawang district, Arunachal Pradesh and Cona County, Tibet. It was initiated by China moving a company of troops to Wangdung, a pasture to the south of Sumdorong Chu that India believed to be its territory. The standoff was the first military confrontation along the disputed McMahon Line after the 1962 warfare and gave rise to fears of escalation.

In the end, both India and China realised the danger of inadvertent conflict, and after initial posturing, they thought to de-escalate their deployments. The standoff ended with the status quo maintained.

But this is not the end. In early 2017, the two countries clashed at the Doklam plateau along the disputed Sino-Bhutanese border. However, since the late 1980s, both countries have successfully rebuilt diplomatic and economic ties.

Now Both countries have steadily established military infrastructure along with border areas including amidst the 2020 China-India skirmishes( these are part of an ongoing military standoff between China and India.)

This year, again, on 15th June 2020, a lethal military conflict over disputed territory in the Himalayas shook the edifice of China-India relations.

And still, this confrontation series is happening.

Other than The first records of contact between China and India was written during the 2nd century BCE. Buddhism was transmitted from India to China in the 1st century CE. At that time, Trade relations via the Silk Road acted as economic contact between the two regions. They had strong contact before the transmission of Buddhism. In Epic Mahabharat, those references can be found. 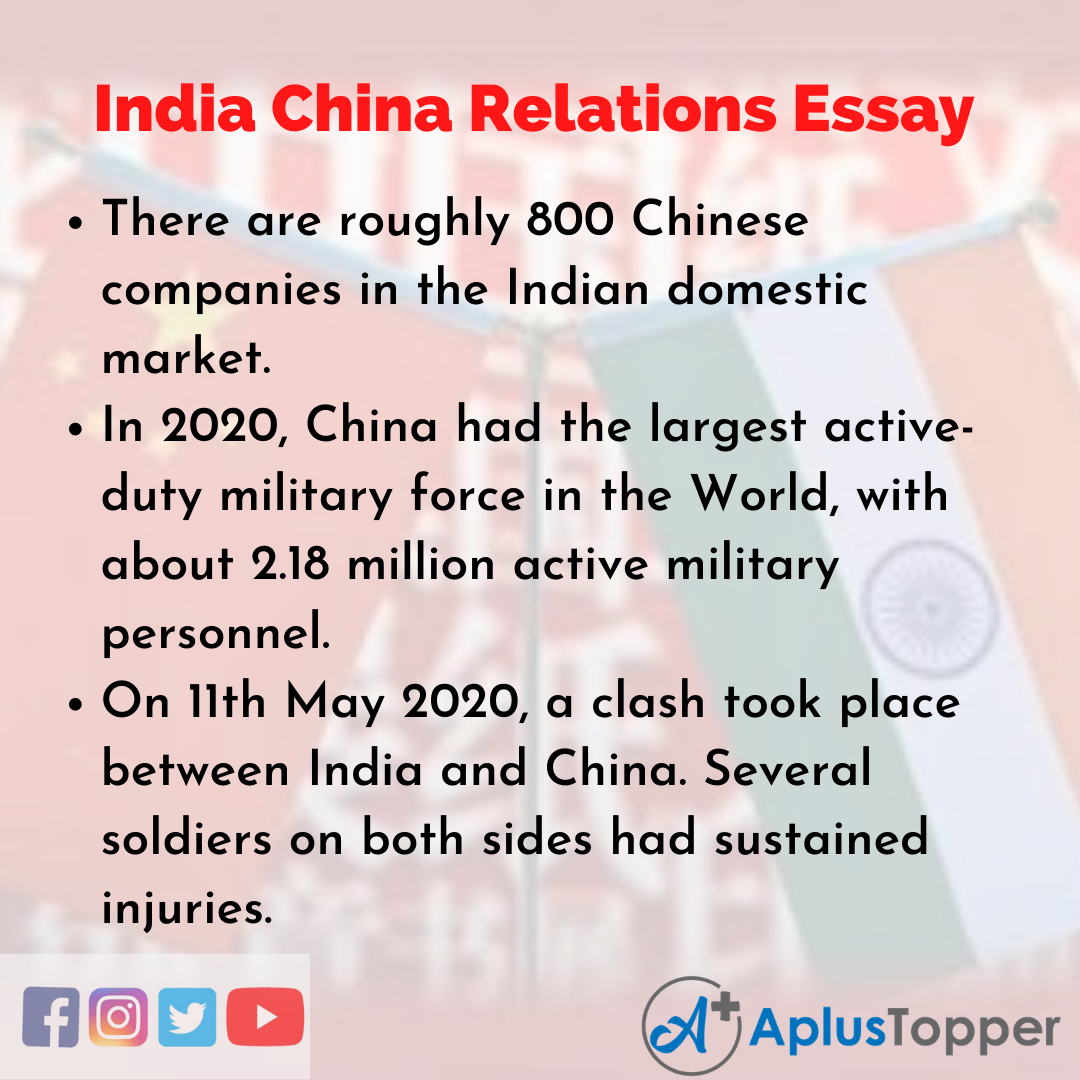 In July 2020, Current Indian Prime Minister, Narendra Modi banned 49 apps. Now, this number is 118. If we want to know the background of this step, we need to know about the relationship between India and China.

India and China are the most powerful developing region in Asia. We can define relations between China and India by the events of border disputes; They had Sino-Indian War in 1962. In this war, China was victorious over India. After Sino – Indian war, Indian Prime Minister Jawaharlal Nehru and Chinese Prime Minister of that time, Jawaharlal Nehru and Zhou Enlai drew the LAC (Line of Actual Control) in 1959.

In 1967, Nathu La and Cho la incident happened. The incidents were several attacks from China. In this incident, 65 Indian soldiers and 35 Chinese soldiers died.

After those attacks, the bitterness of the relationship increased. After 2007 China became one of a powerful countries in the World. Many terrorist groups provoked China to attack LAC. These were some confronts from 2017 to 2020.

India and China now only have some economic relationships. But after having these consequences now, India is trying to cut the tie with China. And Indian citizens are now rigid to boycott every Chinese thing. 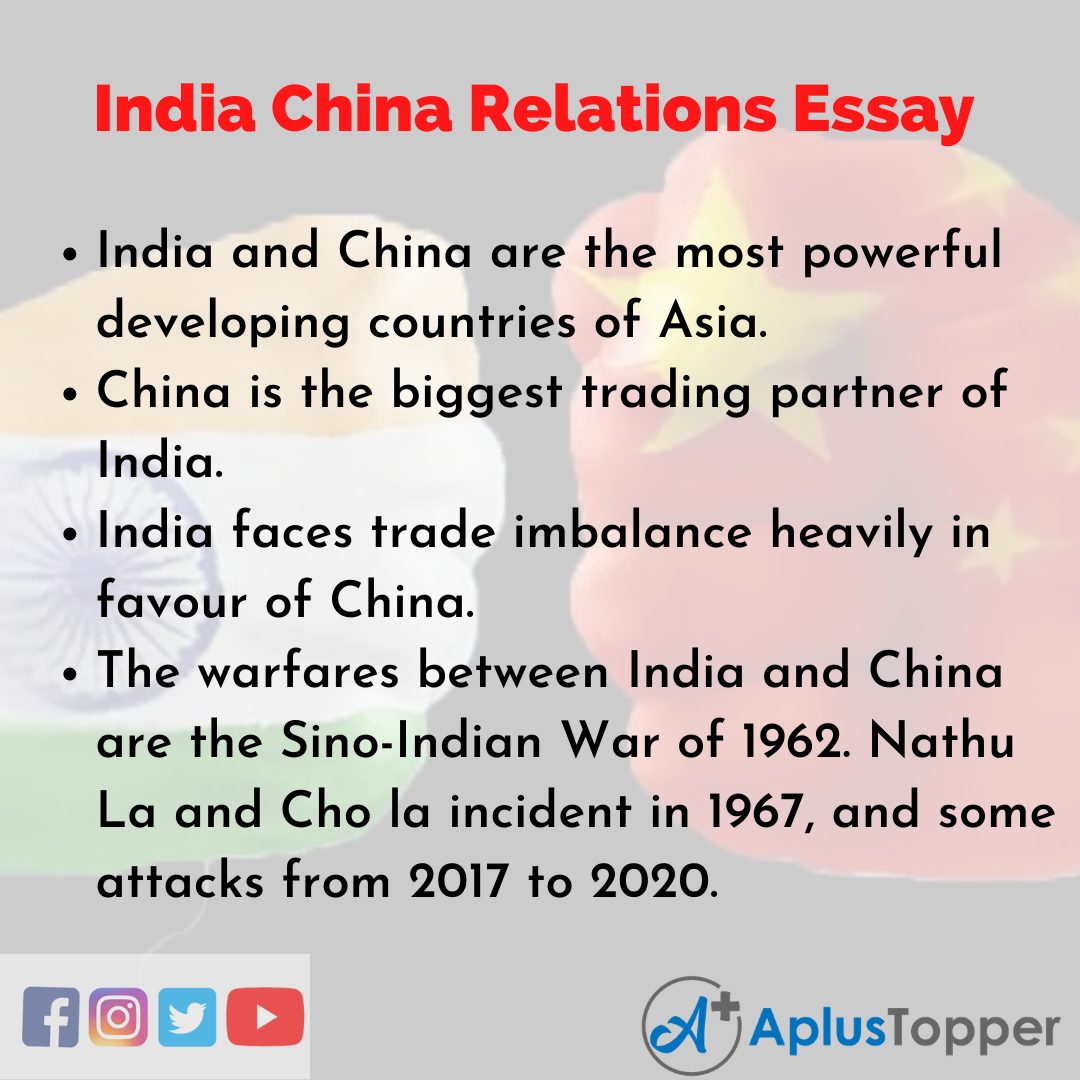 Question 1.
Does China import anything from India?

Question 2.
What India Imports from China?

Question 3.
What is LAC Ladakh?

Question 4.
Is the iPhone made in China?