What is a Function?

Function can be easily defined with the help of the concept of mapping. Let X and Y be any two non-empty sets. “A function from X to Y is a rule or correspondence that assigns to each element of set X, one and only one element of set Y”. Let the correspondence be ‘f’ then mathematically we write f : X ⟶ Y where y = f(x), x ∈ X and y ∈ Y. We say that ‘y’ is the image of ‘x’ under f (or x is the pre image of y).
Two things should always be kept in mind:

Testing for a function by vertical line test 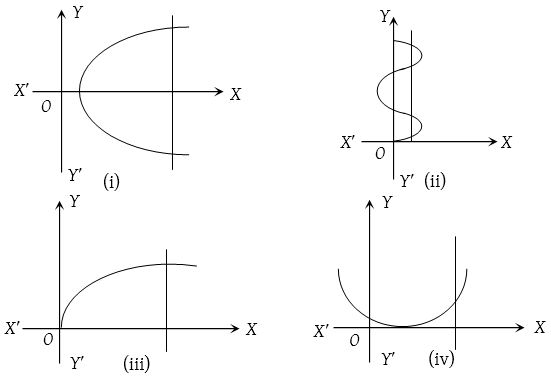 Let X and Y be two finite sets having m and n elements respectively. Then each element of set X can be associated to any one of n elements of set Y. So, total number of functions from set X to set Y is nm.

Value of the function