Essay on Unity in Diversity: Unity in Diversity is the mutual understanding and harmony among groups of individuals with a multitude of differences in terms of culture, religion, ethnicity, race, language etc. The term has originated ever since the rise of the first human civilizations eons ago. Though the exact wording may change, every culture has a phrase denoting a similar meaning.

Provided below are some important tips and tricks students can adopt to perfect their essays. Moreover, it can also help students improve their general writing and presentation skills. Consider using the following tips to secure more marks or grades in your exams: 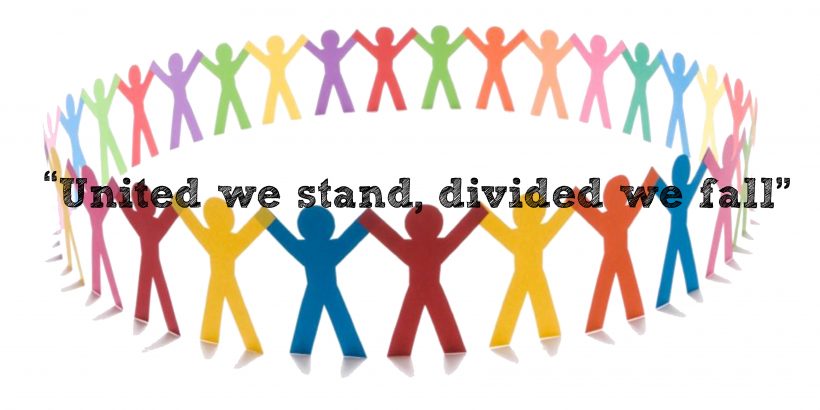 Essay on Unity in Diversity in 250 Words

Advantages of Unity in Diversity: Unity is diversity is a term that is used as an expression of unity and harmony among various groups of people with very dissimilar traits, culture and lives. This concept is also known by many other terms such as “diversity without fragmentation” and “unity without uniformity”.

The concept focuses on building tolerance to various areas such as culture, language, society, religion, politics and physical characteristics. The term is rather old and it dates back to ancient times. Historical records have traced the usage of the term all the way back to 400 B.C, by the indigenous people of North America.

Interestingly, from a grammatical perspective, the term is an oxymoron, which means it is a rhetorical device. This can be proved by the fact that the term is a combination of two antonyms – “unity” and “diversity”.

Unity in Diversity in Politics

Ever since humans evolved, diversity has been a permanent human condition. The rise of societies and civilizations has only exacerbated this phenomenon, with early humans warring with each other based only on these cultural differences. The term has a profound influence in politics, ever since it was first used by Ernesto Teodoro Moneta in the In varietate unitas, a popular motto during the time.

Jawaharlal Nehru, India’s first prime minister promoted the concept of Unity in Diversity vigorously as stated that it was crucial for progress and national consolidation. The idea was also explored in detail, in his work, the Discovery of India.

Unity in Diversity Essay Conclusion: In conclusion, the term Unity in Diversity has a very ancient origin, but its implications are vast and far-reaching. It is also crucial to maintain peace and prosperity among humans.

Essay on Unity in Diversity 300 Words

The term “Unity in Diversity ” is used to describe harmony and unity among various dissimilar individuals. These dissimilarities may arise due to religious outlook, political beliefs, culture, and tradition. Furthermore, the concept is known by various other terms such as, “unity without uniformity”, and “diversity without fragmentation”. The term may have originated as a deterrent against war and conflict among humans.

The earliest recorded instance of this idea dates back to around 400-500 BC, by the indigenous people of North America. The term can also be much older, rising with the rise of social and civilizations. Moreover, humans, by nature, are very diverse and it is a permanent condition. Hence, conflicts are quick to arise due to these differences. Over the years, humans have taken part in many wars, with the most infamous being the two World Wars. In modern times, the Middle Eastern conflicts that had taken place in the last two decades is an example of conflict arising due to differences in ethnic groups.

From a grammatical perspective, the statement “unity in diversity” is rather intriguing. This is because the statement is an oxymoron, made up of two antonyms – “unity” and “diversity. Interestingly, the term has a profound influence in politics, with the first-ever recorded usage by Ernesto Teodoro Moneta, a pacifist and a Nobel Peace Prize Laureate.

Later, the concept was incorporated by the first prime minister of India, Jawaharlal Nehru, in his work, The Discovery of India. He also promoted this idea activity, declaring that it was of utmost importance for the growth and prosperity of India. In the United States, a version of this term exists, which is called E Pluribus Unum, which is Latin for “One out of many”, or “Out of many, one.” It generally appears as a motto above the Great Seal, a seal used by a head of state to authenticate important and legal documents.

In conclusion, the term Unity in Diversity has vast and far-reaching implications. It is primarily used to deter wars and promote peace among the various groups of individuals and nations.

FAQ’s On Essay on Unity in Diversity

Question 1.
What is “Unity In Diversity” essay?

Answer:
The term “Unity in Diversity” is used as an expression of unity and harmony among various groups of people with very dissimilar traits, culture, and lives.

Question 2.
What is the importance of unity in diversity?

Answer:
Unity in diversity is responsible for enhancing the quality of the teamwork and completion of the projects within a stipulated time frame.

Question 3.
How do you promote unity in diversity?

Question 4.
What is unity in diversity in India?