Essay On Social Issues: India is a diverse country with people from various walks of life, with different cultural and ethnic backgrounds. There are mostly 9 main religions and various sub-castes in each of them. With 28 states and 8 union territories, India is truly is a glorification of unity in diversity.

But the phrase unity in diversity is usually misconstrued as if everything is hunky-dory in India. There is no country in the world that does not face problems, especially social issues and India is no different. In this essay on social issues, we will be talking about the various social issues that India and many parts of the world face in 2020.

India is a country with 28 states and 8 union territories made up of people following 9 main religions and speaking more than 22 languages across the length and breadth of the country. To assume that everything is fine in a country with 140 crore population and so much of diversity is not only illogical but also an unprecedented amount of ignorance on our part.

There are plenty of social issues that India faces and in this essay on social issues, we are going to discuss the main issues pertaining to India

What are the social issues that India faces? 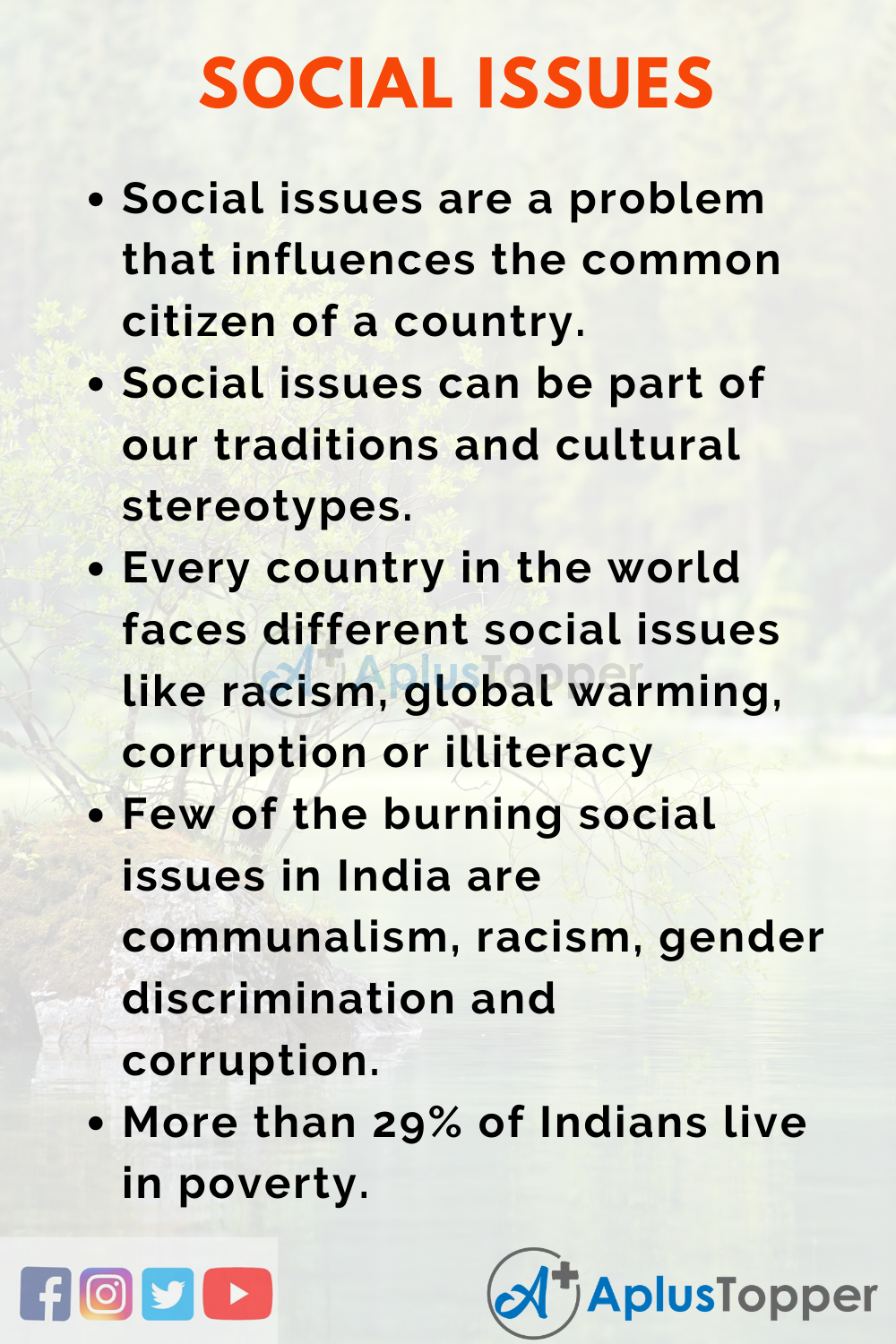 Find below a 200-word short essay on social issues in English. This can be used by schoolchildren and students of classes 6, 7, 8, 9 and 10 for their essay writing, exam, test, assignment and project work.

Social issues are those issues in a country that proves harm to its social and cultural fabric. Gender discrimination, racism, female infanticide, communalism and hatred are some of the burning social issues in certain countries. But when we consider the planet as a whole, global warming, climate change, deforestation, terrorism, plastic explosion, population expansion and racism can be considered as few burning issues that require international communities to come together to find a long-lasting, solid and a robust solution.

No country exists is without any social issues. Certain social issues can change the course and dynamics of a country or a whole community. Racism created a strong movement and produced revolutionary and visionary leaders like Nelson Mandela. Corruption scandals like the Watergate scandal change the politics of America and communalism issues like the Ram Janma Bhoomi-Babri Masjid case changed the secular fabric of India.

Now that we are in the 21st century, the people have to rise above the hate and bigotry in society and solve the social issues, along with the help of the government, for a prosperous and a better tomorrow for our next generation. 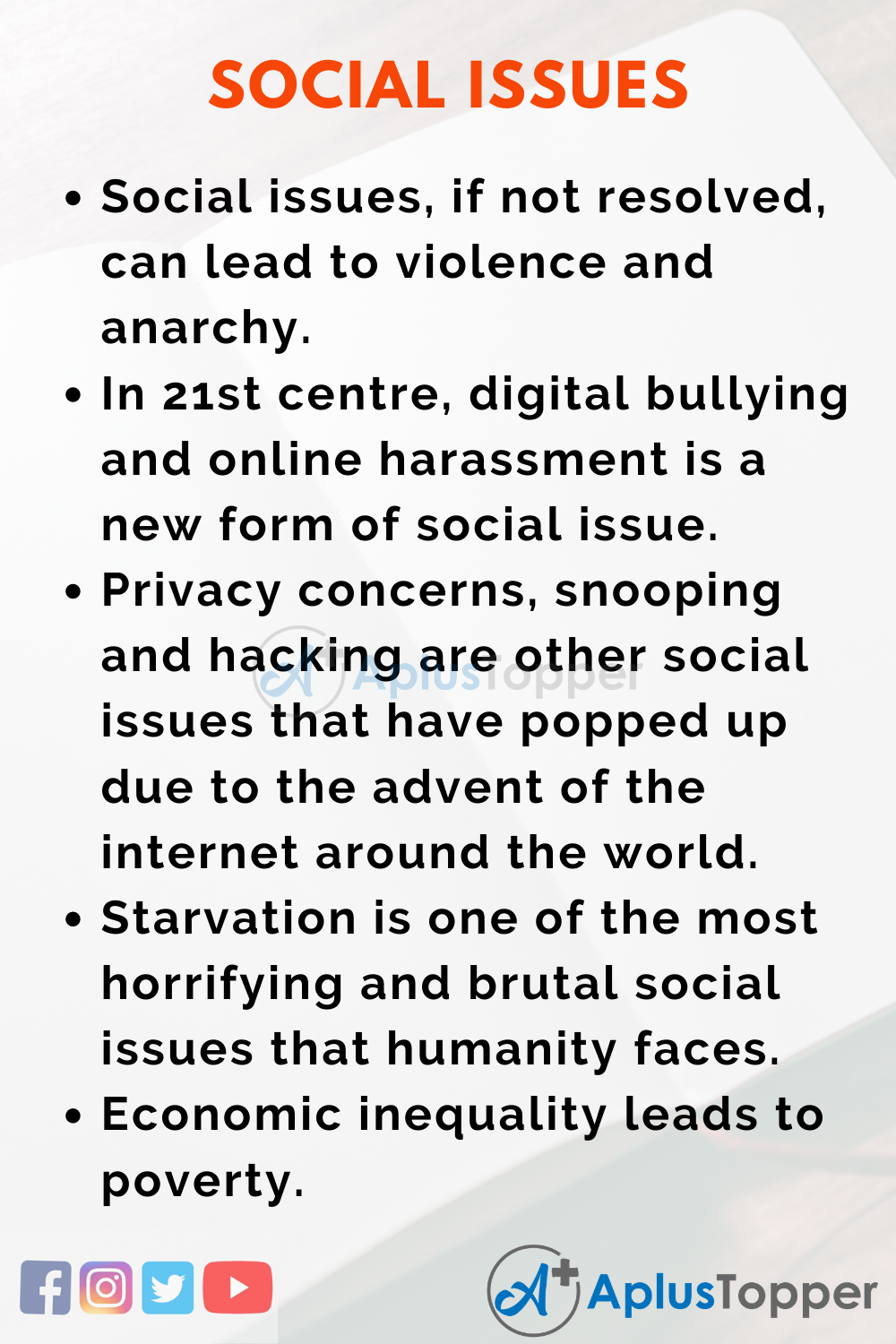 FAQ’s on Essay On Social Issues

Question 1.
What are the main social issues in India?

Answer:
Corruption, illiteracy, communalism and poverty are the main social issues in India

Answer:
Since coronavirus has affected our lives world over, it is the number one social issue that each and every country is facing today

Question 3.
When is the world’s day of social justice?

Answer:
February 20th is celebrated as the world day of social justice every year

Question 4.
Which social issue can be the end of the world?

Answer:
Nuclear was and race for nuclear armaments between countries is one big social issue that is capable of ending the world as we know it