Essay on Roads: Roads are now a part of everyday life and it is hard to imagine a world without them. In this essay, we shall learn about the origin of roads, their purpose, and how they continued to evolve over time.

Where did Roads Come From?

The actual origin of roads is still disputed as many historians and anthropologists believe that the first “roads” were essentially natural pathways in the environment. Others have proposed that the first roads were nothing more than trials made by animals.

In the city of Ur in the Middle East, the streets are made from stone. These stone- paved streets have been present for 4,000 years and have survived through a number of civilizations. On the other side of the world, roads paved with corduroy have been unearthed dating to 4000 BC in Glastonbury, England. Corduroy roads are essentially made of logs, which were cut from trees to form a rough road that was useful to traverse over impassable terrain. In India, brick-paved streets appeared as early as 3000 BC in the ancient cities of Mohenjodaro and Harappa of the Indus Valley Civilization.

Roads as a Catalyst for Rise of Civilisations

Regardless, roads are a key component of modern civilization. They allow people to transport goods from one place to another, and cities can grow and change. The oldest roads were constructed in Egypt, between 2600 BC and 2200 BC, where they were made out of clay and sand. They allowed the Egyptians to transport goods from one place to another faster and easier. Modern roads were eventually built to facilitate the movement of people and goods between settlements, eventually transforming into highways for transport and communication. As time went on, roads evolved into a means of transportation. Roads connect and unite people and places. They’re used by drivers to get from one place to another, and they’re also used for pedestrians, bicyclists, emergency services, farmers to transport animals or crops, or construction equipment.

What’s the Difference Between a Road and a Highway?

Generally, the definition of roads and highways differ between countries. However, a generalisation can be made between the two: – A road can be paved or unpaved, while highways tend to be paved and much wider. Moreover, a highway typically has many lanes to accommodate a large number of vehicles, while a road has one or two lanes at the most. Highways also have higher speed limits than roads.

List of Famous Roads and Highways Around the World

Following is a list of well-known roads and highways from around the world.

Route Napoléon – Route Napoléon highway in France that extends from Grenoble to Grasse, covering over 321 kilometres. It marks the route that was once used by Napoléon Bonaparte during his campaigns in the 18th century. His route is adorned by a series of French Imperial Eagle statues. The road is so stunning that it is one of the top-rated drives in the world.

Guoliang Tunnel Road – Guoliang Tunnel Road is a road in China that cuts through the Taihang Mountains. The road links the village of Guoliang with the outside world. The road runs just for 1.2 kilometres but is extremely treacherous to drive through. At an elevation of 600 meters above sea level, the roads are flanked by deep ravines and sheer cliff drops. Moreover, the road is 3.5 meters wide, which is just barely wide enough for 2 cars. 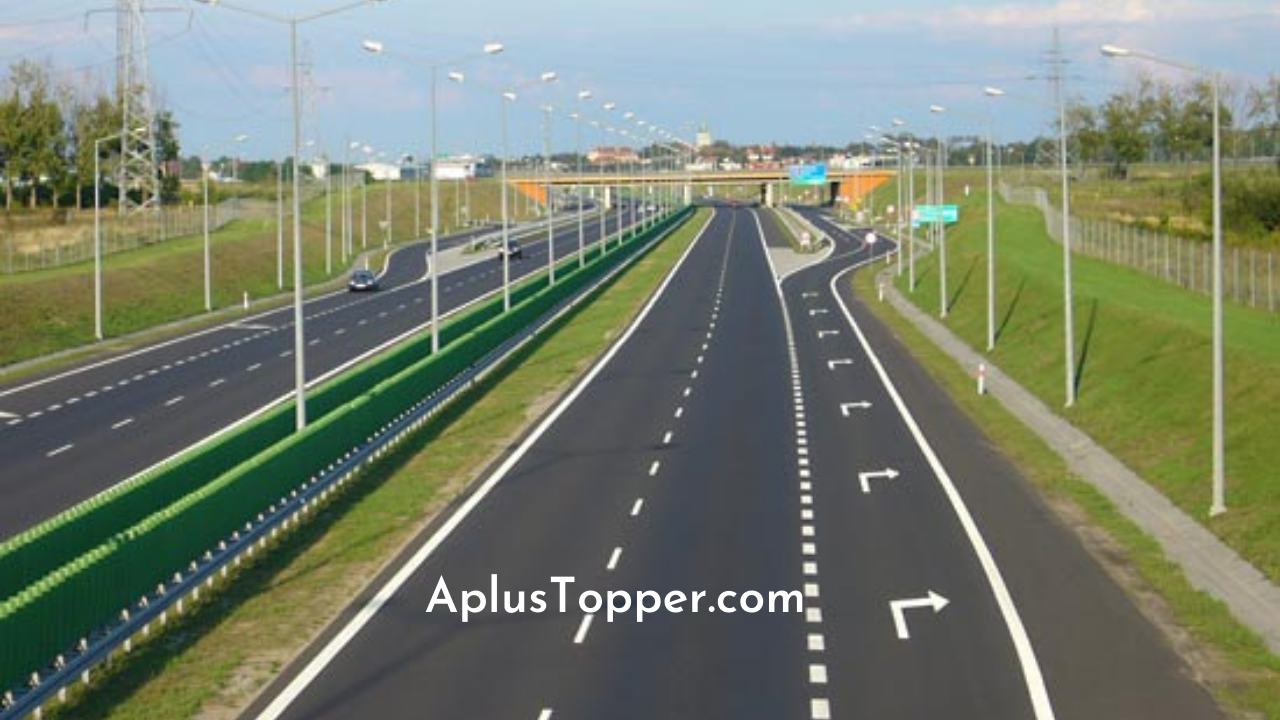 Question 1.
What is a road defined as?

Answer:
Roads are defined as ways that connect one place to another. Roads can also be defined as pathways, often made of dirt or paved stone, meant for the travel of people and goods. There are many different types of roads around the world, but most roads are made of asphalt.

Question 2.
What’s the Difference Between a Road and a Highway?

Question 3.
Who is responsible for national highways in India?

Answer:
The National Highway Authority was established in India to manage the construction, maintenance and development of trunk roads and highways. The authority is responsible for planning, designing, constructing and maintaining roads that link major towns and cities.