Essay on Patna: Patna is the capital city of Bihar. It is the most popular and highly cosmopolitan cities in India. Here various and different religions are living, and culture; languages all are quite significant and pleasant. Patna is well known for its infrastructure and among the top developed cities in India.

People here are pretty much friendly and well behaved. The majority of people speak the local language, and other states of people are also come in number to stay here and expand their works. Notably, most of the part of Bihar people does have engaged with business and other real estate firms.

We provide students with essay samples on a long essay of 500 words and a short piece of 150 words on the topic Patna for reference.

Patna is a central hub place for Agriculture, tourist destination, and dominant place for politics. Most parts of Patna are the biggest marketplace and tourist hub place, which is the main take away of Patna. As a capital city of Bihar, Patna is well-known for producing the country’s most eminent and highly impactful political leaders of the country.

At present, there is enough scope in Patna for all industrial sectors to firmly established business or industrial jobs as this place is the biggest marketplace for all upcoming industrial jobs. Patna is also renowned for its different cultures, ritual, and warm reception by people who greeted with warm hospitality and incredible affection. People here talk native language and are very friendly to help you in case you come to Patna for the first time. Apart from growth and economic improvements, there is vast acceleration in all most all sectors, likewise transportation, which is a significant chunk in the development of Bihar. Here every road is well connected with rail, buses and local transport services.

In every place in Patna, one can find people offers warmth and greeting to everyone. That makes the place more inclined to traditional cultures, different religious rituals, and much more. From ancient times to the current era, the transition and progress of Bihar have been outstanding, with more corporate are coming here to Patna to open up new infrastructure, and various shopping malls are part of the planning and development. Since Patna has developed so much over a decade period, the results are showing outstanding progress and the vast improvement in private sectors.

Hence, Patna is getting all kinds of recognition and has been the most improved and profitable business territory that helps its global appreciation. Many business firms and corporations are trying to open up a business in Patna and have been ably supported by the state government or the Bihar government. Patna is currently well placed both in private sectors and a sophisticated urban lifestyle. It has been a vast and rapid fast development for a state like Bihar, and credit should go to the state government of Bihar for maintaining superior progress since private investors showed enough interest in making Patna a well-developed city.

Patna is the biggest territory for investors and real estate firms. Here some of the leading renowned business partners come up with a plan to make some of the biggest projects and have been successful in getting the state government nod over the proposed plans.

There are many eminent political leaders, and youth personalities represent the Bihar election assembly and contribute immensely to the growth and development of a state like Bihar. Nowadays, political leaders got inspiration and lead from the front in Bihar assembly polls. The state like Bihar, renowned and popular political leader Lallu Prasad Yadav is the most prominent leader which everyone is familiar. The vast development in all sectors is possible because different private associations and local MLA contribute immensely to highlighting the state of Bihar that much progressive and fast acceleration. Various political parties are helping the growth of Bihar, and it is evident the way Patna, the capital city of Bihar, emerged as a vastly improved city in India. 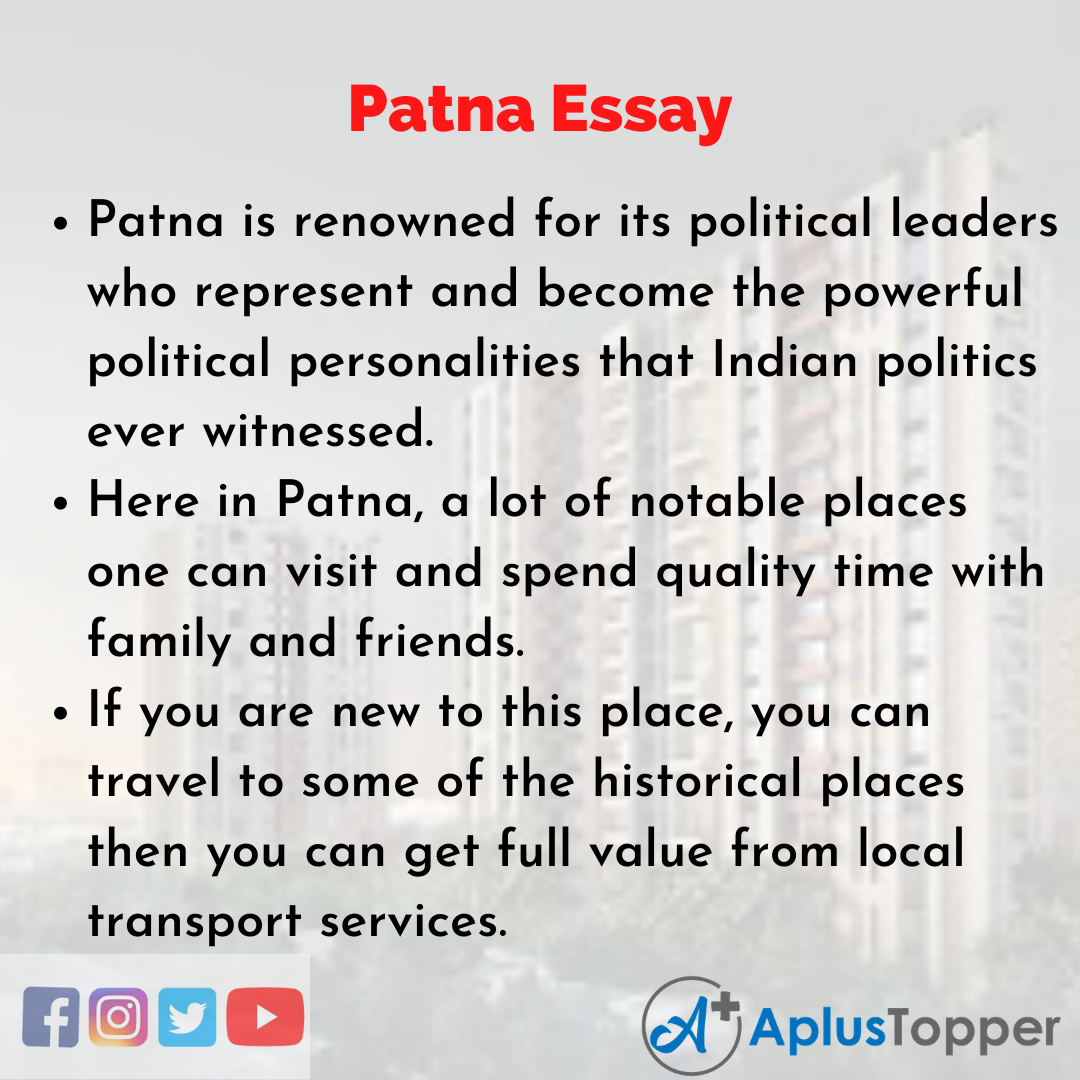 Patna is the most renowned city for its political leader’s involvement in Indian political history. The state produced some of India’s unforgettable name and personalities who represents and helps Bihar global recognition and vast progress in almost all sectors or industries rapidly. During the election poll, Bihar politics was known to everyone and had a pivotal role in overhaul Indian politics on the world map.

Bihar is the most developed and emerged as a new hotspot destination for all investors and make an early inroad. The image that sets the political leaders in Bihar is something that other states can inspire and take an example of how a state like Bihar improved. It shows as a state, as well as people who progressed immensely with the Bihar government and other governance, supported hands.

Therefore, regardless of vast progress and improvement, Patna is arguably the most cosmopolitan city in India, and with the supportive hands of state government, it can be ranked higher in comparison with other states.

10 Lines on Patna Essay in English

1. Patna is renowned for its political leaders who represent and become the powerful political personalities that Indian politics ever witnessed.
2. Here in Patna, a lot of notable places one can visit and spend quality time with family and friends.
3. If you are new to this place, you can travel to some of the historical places then you can get full value from local transport services.
4. Road connectivity in Patna is something that people from other places really appreciates and wants to come here for again.
5. Patna boast of fabulous sightseeing places which are significant in term of exploring new horizons of places.
6. There are many places in Patna where frequently visit and spend quality time.
7. Here a lot of greenery and refreshing environment you can find and want to explore for more unknown places for sure.
8. Patna is one of the vastly improved and highly preferred tourist destinations. Here other states of people can engage and explore new territory in different ways.
9. Politics and Bihar, as usual, one of the notable things for all people in India. People that familiar with Indian politics always refer to Bihar politics as several political leaders are from Bihar in the Indian political scenario.
10. Famous celebrity and popular iconic figure, Mr. Shatrughan Sinha comes and represent Bihar assembly and has been a social activist. Question 1.
What is the best thing you can find in Patna?

Answer:
Patna is the most notable for its politics and heritages, which make people from other states visit and see some of the historical sites remarkably.

Question 2.
What are the popular faces that belong to the state of Bihar?