Essay on Narendra Modi: He waved and a million Indians joined him in the chorus which he led. He, Narendra Modi, sang the song of India’s development and the road ahead. Truly, the popularity that Modi achieved before and after his election as Prime Minister of the country is praiseworthy. Modi was born on 17 September, 1950 to Damodardas Moolchand Modi and Heeraben in Vadnagar, Gujarat. He was the third of six children and helped his father in selling tea. In 1967, he completed his schooling. – The Leader of the Masses

“Our nation is filled with tremendous energy of the youth.
Whatever future we desire of we must keep the youth at the centre.” -Narendra Modi 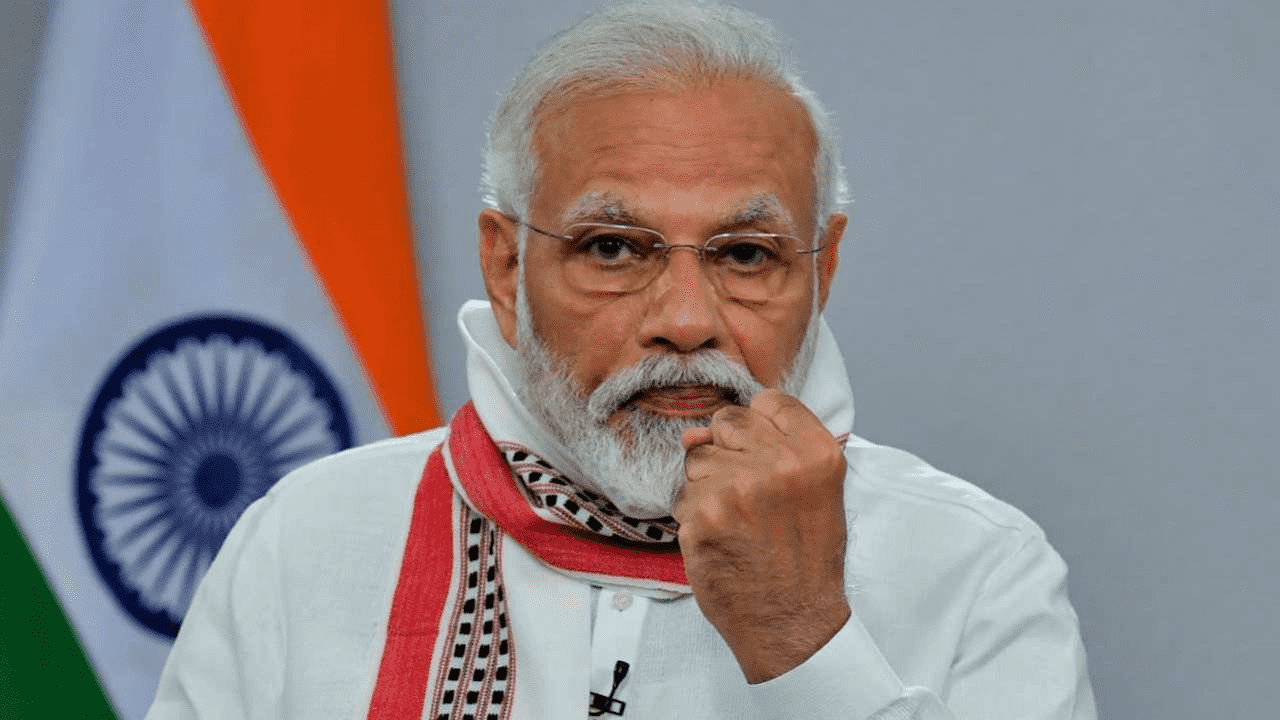 Below we have given a short essay on Narendra Modi is for Classes 1, 2, 3, 4, 5 and 6. This short essay on the topic is suitable for students of class 6 and below.

At the age of 8 years, he met Lakshmanrao Inamdar, who inducted him as a junior cadet in RSS. He is known to be Modi’s political ‘guru’. At 18 years, he was married to Jashodaben by his parents. But he soon left her to pursue his political ambitions. In 1970, he became a full-time campaigner of RSS. In 1983, he completed his Master’s degree in political science from Gujarat University.

In 1988, Modi was elected as organising secretary of BJP’s Gujarat unit and in 1995, became its National Secretary. In 2001, Modi was appointed the Chief Minister of Gujarat. In 2002, in the aftermath of the Godhra carnage, he submitted his resignation. However, it was rejected. Under Modi, Gujarat flourished. A number of projects for groundwater conservation were undertaken. As a result of better irrigation measures, the production of Bt cotton became the largest in India. Rural electricity supply was improved. In 2013, Modi was announced as BJP’s Prime Ministerial candidate and contested from Varanasi and Vadodara. Modi effectively used social media like Twitter and Facebook for his campaigns.

This became the most popular punchline supporting his candidacy. As was expected, he won and was sworn in on 26 May, 2014, as the 15th Prime Minister of the country and also the first PM born in the post-independence era.

Soon after coming to power, Modi introduced a high-speed train between Delhi and Agra and a new train up to Vaishno Devi Shrine in Katra. He is also planning to start bullet trains in the country, which have been his long-cherished dream. His Independence-day speech was particularly spectacular, despite being an extempore. Some of the excerpts were -“Why does a man have weapon in his hand and not a plough?”

About the safety of women he said:

“We put so many restrictions on our daughters, but not on sons.
After all, a rapist is also someone’s son.”

India has been longing for a change since a long. Freedom from corruption and communalism, education and jobs for all are some of India’s top concerns. India has reposed a lot of faith in this ‘son of the soil’. Let us hope Modi to be India’s next ‘Miracle Man’.

The most recent series of events include the launch of ‘Swachh Bharat Abhiyan’ – a countrywide campaign to clean up India. He launched it especially on Gandhi Jayanti and asked people to take a “pledge to affirm to remove dirt”. The following day he made his first radio speech in order to reach out to tens of millions of Indians. In his address, he spoke on several issues like khadi, skill the development and empowerment of village.