Essay on Mary Kom: Indian woman boxer, MC Mary Kom or ‘Magnificent Mary’ as she is known as, is humble and down-to-Earth, despite being an Olympic medalist and five times world amateur champion. She was also the only Indian woman boxer to have qualified for 2012 Summer Olympics, and brought home a bronze medal. – The Woman of Power Punches

Below we have given a long essay on Mary Kom of 500 words is helpful for classes 7, 8, 9 and 10 and Competitive Exam Aspirants. This long essay on the topic is suitable for students of class 7 to class 10, and also for competitive exam aspirants.

Mangte Chungneijang Mary Kom was born in a poor tribal family to Mangte Tonpa Kom and Mangte Akham Kom, on 1st March, 1983, in Manipur’s Kangathei village. Her parents work in jhum fields. She was the eldest of four children. Her grandmother named her Chungneijang, which means ‘prosperous’ in the Kom tribe’s dialect.

Besides attending school, caring for her younger siblings and playing sports such as hockey, football and athletics, she also had to assist her parents in the fields. She did graduation from Churachandpur College.

Inspired by Manipuri boxer Dingko Singh’s gold at 1998 Asian Games, Mary moved to Imphal to train in athletics. Initially, she hid it from her parents, as boxing wasn’t considered a womanly sport. Dressed in old shabby attire, the teenager met coach K Kosana Meitei at Sports Authority of India branch there, and requested for an opportunity. Thereafter there was no looking back for her. She would practice till late at night, long after others went to bed. But her reason for taking up boxing was that she wanted to support her family.

Like everywhere else, in the North-East, only the rich could afford private schools. The poor go to government schools, where the quality of education isn’t up to the mark. So they depend on sports to land jobs. Mary eventually got a job in the police department. Her first match at the state level sub-junior boxing championship in 2000, earned her the distinction of being the ‘best boxer’. That’s when she realised her talent. She got married to K.Onler Kom in 2005 and has twin sons.

In 2008, she won silver at Asian Women’s Boxing Championship. She won her fourth consecutive gold medal at AIBA Women’s World Boxing Championship, followed by another gold at 2009 Asian Indoor Games. In 2010, she along with Sanjay and Harshit Jain, bore the King’s Baton in the opening ceremony of 2010 Commonwealth Games in Delhi.

Mary had competed earlier in the 46 and 48 kg categories. But she had to gain weight after the international body declared that it would allow women’s boxing in only three weight categories—the lowest being 51 kg. She was defeated in the World Boxing Championship 2012, but booked her berth for London Olympics, which were to be held the same year. Here, when she reached the semi-finals, she was defeated by the same opponent as in the previous championship. So, she settled for bronze. 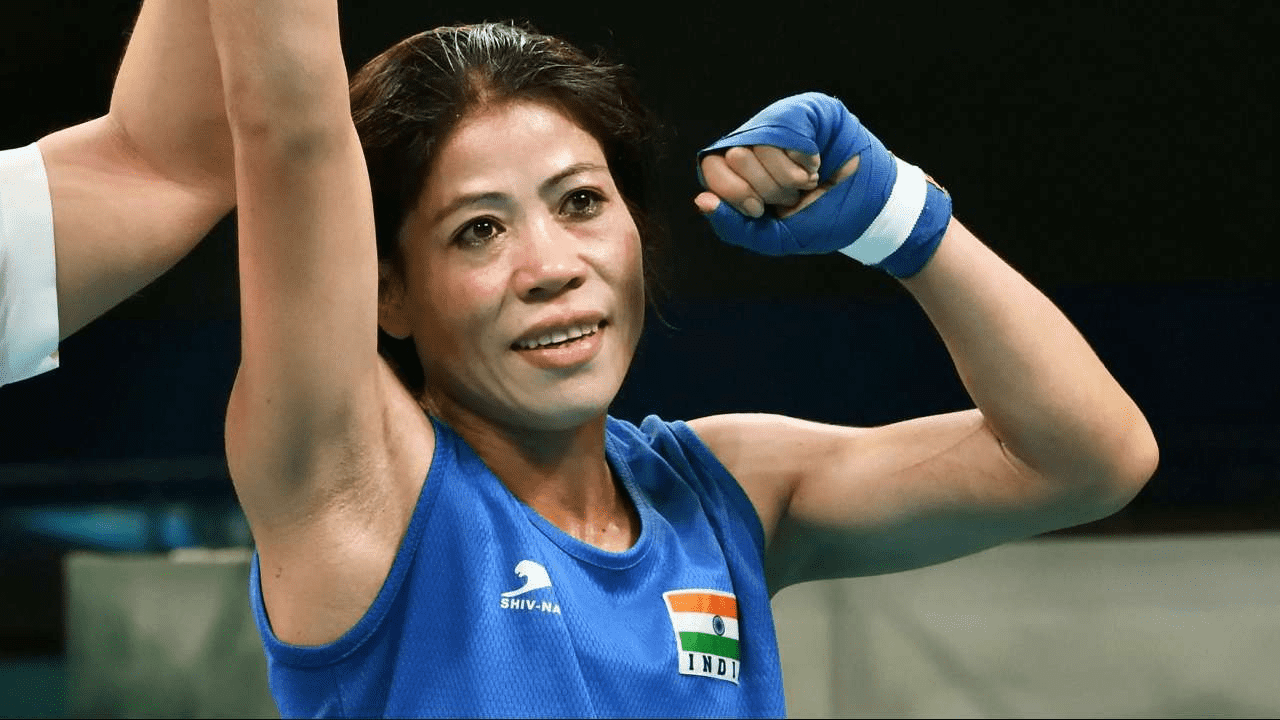 Below we have given a short essay on Mary Kom is for Classes 1, 2, 3, 4, 5 and 6. This short essay on the topic is suitable for students of class 6 and below.

She won numerous awards for her stupendous performance. Her name featured in the Limca Book of Records 2007. She was named as Sportswoman of the Year 2010. She was also conferred upon, Padma Bhushan in 2013. Latest in the list of her achievements is winning the gold medal in 17th Asian Games. 2014; thus becoming the first Indian woman to bag a gold medal at the Asian Games. In a short span of time, she has brought the acclamation for the country which only a few of the eminent cricketers have been able to bring. The Manipur Government awarded her ₹5 million and two acres of land for her Olympics 2012 performance. A film by her name and based on her life has been released in September 2014.

In 2013, she gave birth to her third baby boy. Mary Kom is an angel of inspiration for many who come from poor backgrounds and dare to dream. Since 2007, she has been teaching boxing to underprivileged children for free. She also started India’s first female, only fight club to provide self-defence training to girls. She proved that