Essay on Indian Economy: Hundreds of years back, India was among the strongest economies around the world. India was the largest exporter in the world and China was close to it. The so-called “world powers” of the 21st century like the United States of America or the United Kingdom were nowhere to be seen back in those days.

But dark days for India started when regimes and greedy rulers started invading India from Mughals to British, India and her wealth was plundered. Now we are left with the modern-day economy and India is struggling to catch up with other economic superpowers like China or the United States of America. In this Indian economy essay, we shall be talking about the history of our economy and how it has evolved and what are the possible future scenarios of the Indian economy.

India is a diverse country with a population of 130 crore people and the number is increasing every day at an alarming rate. The state of the Indian economy is usually in sync with the political and social climate of the country. India had had its ups and downs in terms of economic development. While India was one of the strongest economies in the world in the 10th and 11th century, it took a downward turn with a complete nosedive under the plundering of the British regime for 200 years.

British used all resources that they had to plunder our craftsmen, weavers and farmers turning India into a market rather than a manufacturing hub. Once a self-reliant country, under the Britsh rule, India became an extremely dependant and weak country. With unfair trade practices and illogical tax structures, Britsh regime destroyed the Indian economy and to this day, many experts suggest that British owe repatriation to India in billions of dollars. But in this Indian economy essay, we shall be concentrating more on the economy of India after India attained its independence from the Britsh on August 15th, 1947.

The Indian economy was in turmoil when the British left the country in 1947. The leaders then had to control both the political situation of the county, inculcate and manage the democratic values in a newly formed country as well as improve the economic conditions of the country while creating new economic opportunities for the people. India was fundamentally an agrarian economy at that point of time. Most of our economic activities came from producing, cultivate, selling and consuming agricultural products and livestock. Industrialization gradually began in the country due to the visionary leadership of our country’s leaders like Jawaharlal Nehru and Indira Gandhi.

India opened up its economy in 1992, after decades of socialist rule. Most of the country’s industries were managed by government-run PSUs (Public Sector Units). But the opening up of the economy to other countries in 1992 created an influx of finance and greater economic opportunities for the people in India. The visionary leadership of the then finance minister Manmohan Singh had great impacts on the Indian economy which can be seen even today. Big corporations from the west started to see the true potential of the Indian market. Millions of jobs were created which further pushed the Purchasing Power Parity (PPP) index of India.

During the early 2000s, India was the fastest-growing economy in the world. With the IT revolution that was possible because of remote technology and internet revolution, millions of IT (Information Technology) and ITES (Information Technology Enabled Services) jobs were created in India after the dotcom bubble at the turn of the century. India is the hub for non-core activities of IT giants and investment banks around the world. BPOs (Business Process Outsourcing)and KPOs (Knowledge Process Outsourcing) are aplenty in India that has enabled the birth of silicon valley of India, Bengaluru. Bengaluru has the most software engineers in the whole world. This opening up of the economy helped improve our social and political climate as well.

India’s economy has seen downside in the last few years resulting in decreased demand due to the growing potential of gig economy also called a rental economy. Ever since the outbreak of the COVID-19 pandemic, the economy of India has taken a nosedive and the GDP growth is projected to grow below 0%. The pandemic has affected the economies of every country in the world but India has seen some of the harshest lockdowns in recent decades. Even though the government has announced economic relief packages, building consumer confidence to kick start the spending behaviour is a challenge that is facing the businesses and government alike.  The government has to step in and incentivise businesses and consumers to push the economy and achieve the dream of a 5 trillion dollar economy by 2025. 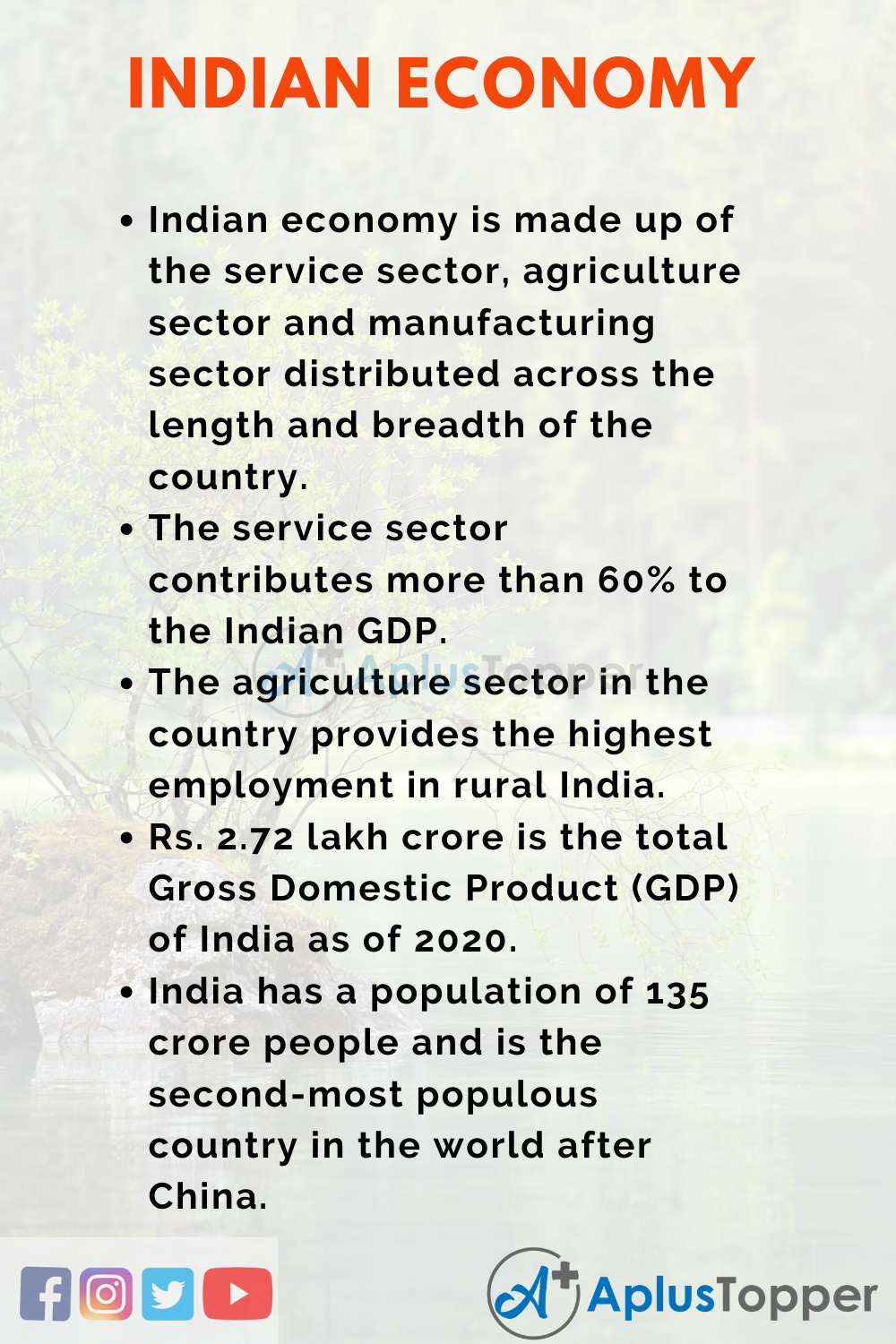 India, through her entire journey before and after the Britsh rule, has seen many ups and downs. From being one of the strongest economies in the world during the 10th and 11th century to being amongst the weakest in the mid 19th century and bouncing back on track in the 21st century, it has been a roller coaster ride for the country in the last few centuries.

The turning point in modern India for its economic growth was in the year 1992 when the markets were opened up and the free market economy was introduced. Global corporations like Coca Cola, Microsoft, General Electric and Sony Inc entered the Indian market. The world sat back and took note of the potential that India holds, not just as a market, but also as a manufacturing destination. Many state governments, ever since the opening up of the economy has provided incentives to various corporations and foreign investors to invest in India.

Millions of jobs were created in the country in the last 2 decades, all thanks to technology and the revolution that the internet bought with it. India achieved one of the highest GDP growth rates of 6% in Asia. But the economy is in tantrums due to harsh lockdown imposed due to the coronavirus pandemic. India is optimistic in its approach and aims and believes that it can be the largest economy in the world in the coming decades. 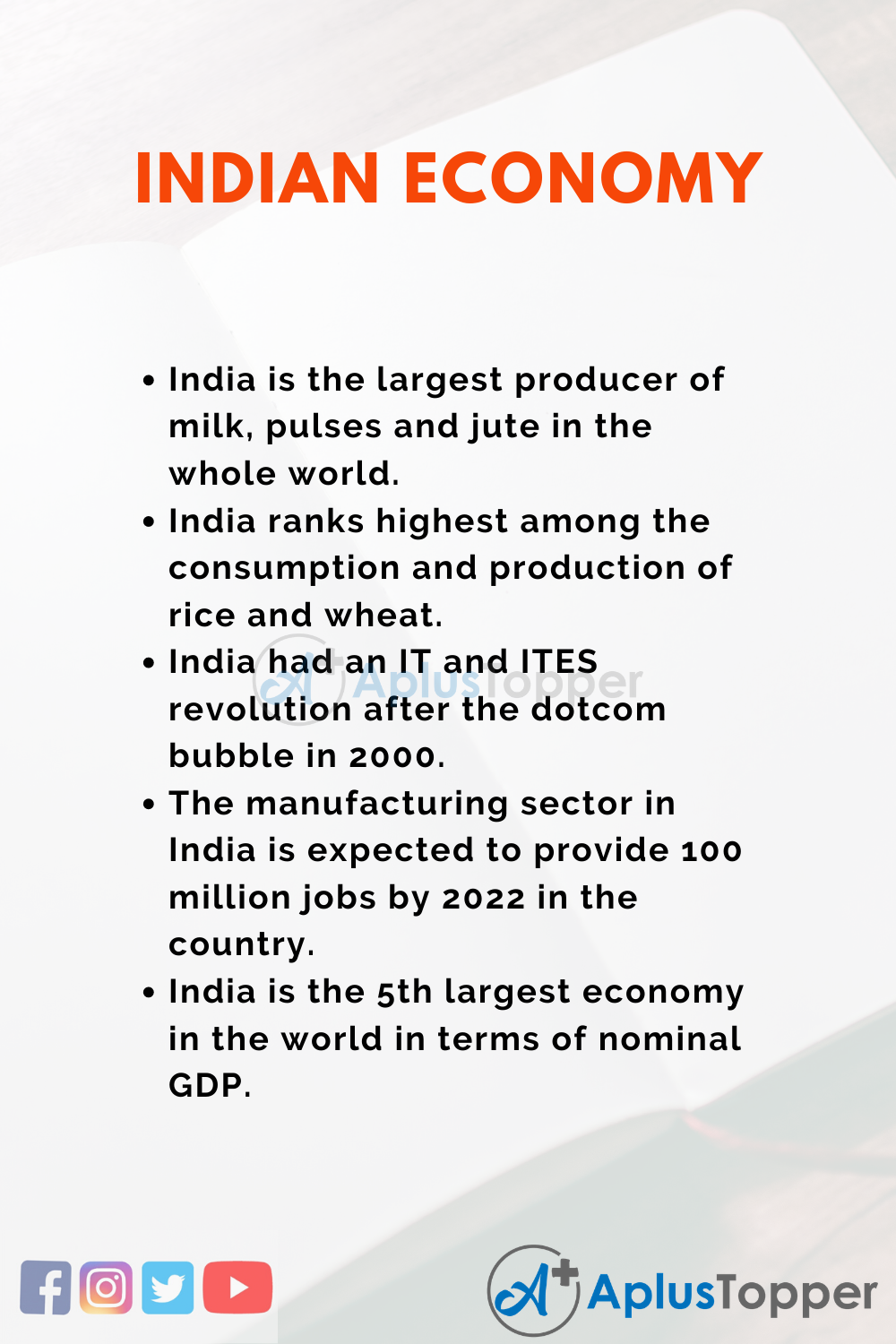 Question 1.
What is India’s total GDP?

Question 2.
What are some landmark decisions in the Indian economy?

Question 3.
What does the recession mean?

Answer:
Recession means the spending power of a regular citizen is less as a result demand created in the market is less which results in cutting down of jobs in across businesses.

Question 4.
What is the meaning of inflation?

Answer:
When the prices of commodities and services are increased, then it causes inflation. Inflation is a pure supply-demand imbalance.