Essay On Human Rights: Human rights are a matter of great importance today. The Geneva Convention on human rights declares them to fundamental rights. According to the United Nations, every nation has to ensure that all its citizens are given human rights. It also asks states to investigate accordingly if there are cases of human rights violations. Today, with the advent of social media, almost all the nations of the world promise to ensure its citizen’s human rights. However, the meaning and extent of it differ from place to place.

Human rights are a collection of fundamental human freedoms that individuals are entitled to. These rights are not subjected to any conditions. This means that every individual is supposed to have access to human rights. We have written two essays as samples covering the topic for the benefit of students for their exams. 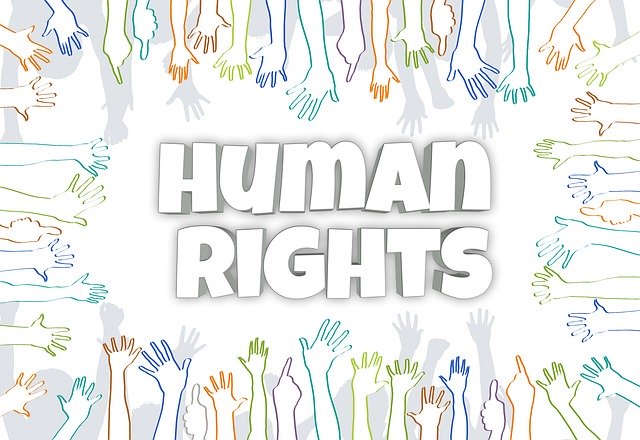 Essay On Human Rights is helpful for students of classes 7,8,9 and 10.

Human rights developed as a concept after the conclusion of the Second World War. This was because the prisoners of war were tortured by the countries which took them. There were no diplomatic arrangements that ensured the safety and security of the prisoner of wars. There were agreements between countries on aspects of the treatment of prisoners, but seldom did anyone respect them. Eleanor Roosevelt is usually credited for the incorporation of human rights into the charter of the United Nations. She was not only an advocate of human rights but also someone who supported the essential universal freedom of humans. She was the wife of then US President Franklin D. Roosevelt. Human rights constitute the necessary rights to which every individual is entitled to. Although most countries having a constitution incorporate articles on fundamental rights and freedoms, human rights is an important issue. They are necessary because many countries do not adhere to them.

There have been numerous examples of human rights violations across the entire world. The most recent case of the deportation and displacement of Rohingya Muslims in Myanmar is an example of a breach of human rights. This is because Myanmar did not provide these people with the essential means of subsistence-food, clothing, and shelter. Along with that, they refused to acknowledge that the Rohingya people were citizens of Myanmar. This resulted in widespread criticism across the entire world.

Many countries filed lawsuits against Myanmar at the International Court of Justice in Hague. There are often reports of human rights violations from countries across the world. Such complaints include the torture of prisoners and the mistreatment of their people in various ways. Torture is the most criticized and widely recognized form of human rights violations. Previously, even the first world countries of today resorted to torture for their gratification. This included the building of various torture devices across the history of such nations. Such torture devices were usually implemented as punishments.

Today the use of such devices is banned. Coercion is something that also accounts for violations of human rights. This is often true in the case of law enforcement officials pressurizing people to confess to things if they are accused of it. This happens even before the prosecution begins and is a punishable offense under the law if proved. One might wonder what the definition of human rights is if there are so many aspects to it. There are several definitions, each of which highlights an important point.

However, what we should consider is that human rights are multidimensional and include a lot of things. There is no such method of designating or classifying rights under the category. For the sake of simplicity, the two crucial aspects of human rights are that they are fundamental rights, and they are universal. Apart from these two features, there are many which differ from country to country. The Geneva Conventions on Human Rights highlights what constitutes human rights and how they are to be taken care of by the member- states. This essay is best suited for students of classes 7,8,9,10 for their exams and assignments.

Human rights signify the depth of humanity. It is only recently that human rights have been universally adopted. Before that, there was no principle as such, which was binding on the different nations of the world. The Geneva Convention on Human Rights consists of the rights of humans under the conditions of war and peace. The signatories of this convention have to strictly adhere to the universal principle of human rights irrespective of individual attributes. It is Eleanor Roosevelt who is credited for developing human rights as a part of the charter of the United Nations. Human rights are sometimes not given to the citizens of the state, which are in turmoil. Nations like the Democratic Republic of Congo, Mongolia, and other parts of Africa are known for human rights violations. Often members of law enforcement and military engage in human rights violations during war or conflict. Human rights violation includes simple these like mistreatment of subjects and extreme things like torture.

10 Lines on Essay on Human Rights in English 150 Words 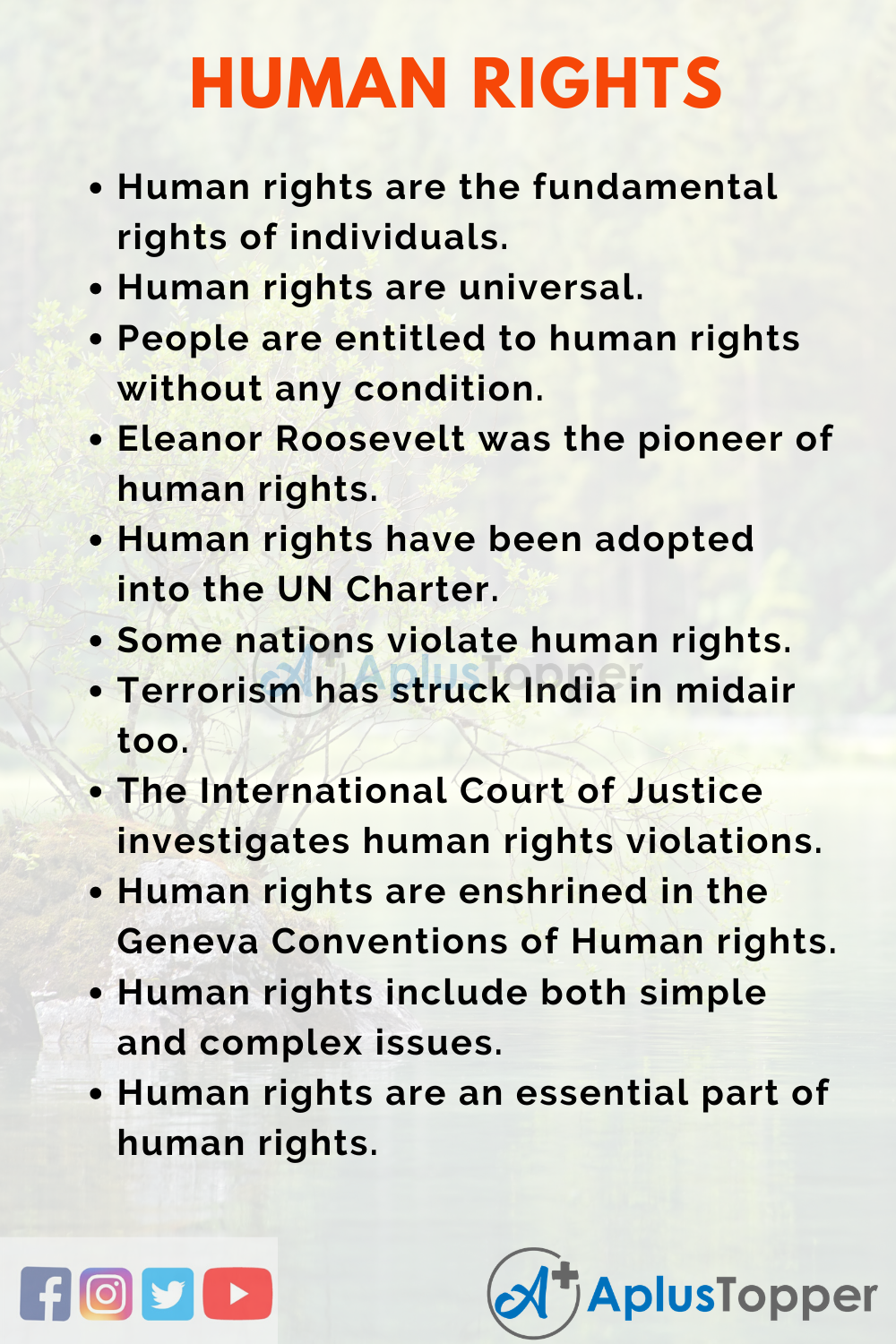 FAQ’s On Essay On Human Rights

Question 1.
How is it possible to guarantee human rights?

Answer:
Human rights can be guaranteed by adhering to the Geneva Conventions on human rights.

Question 2.
What is a human rights violation?

Question 3.
Is everyone guaranteed human rights?

Answer:
Human rights are guaranteed to every individual irrespective of any condition.