Essay on Democracy has Failed in India: Democracy, a word that has come down to us from Ancient Greece, literally means the supreme power or authority of the people and it embodies the political conception expressed by Abraham Lincoln defining Democracy as ‘the government of the people, for the people and by the people’.

Below we have given a long essay on Democracy has Failed in India of 400 words is helpful for classes 7, 8, 9 and 10 and Competitive Exam Aspirants. This long essay on the topic is suitable for students of class 7 to class 10, and also for competitive exam aspirants.

Our first Prime Minister Pt. Jawahar Lal Nehru had said that democracy is the only form of government which can be acceptable to our people. He also said, “Human dignity, economic freedom and individual responsibility these are the characteristics that distinguish democracy from all other forms devised by man”.

From Abraham Lincoln to Nehru the focus has been on the importance of people and their freedom in the real sense of the word and that defines democracy. Now even after seventy years of democracy and in view of the conditions prevailing in the country, even the common -man has come to realize that the concept of democracy was just a misleading dream befooling him and crushing him. Where are those people, whose government it is supposed to mean today the government is neither of the people, nor for the people, nor by people? Everywhere poor is becoming poorer and corruption has gripped the country in its clutches.

It was a true statement that in monarchy public is oppressed by one man and in democracy by many. These ‘many’ are the few who lead and govern the country.

Now, the question is where is that human dignity? Everyone remembers the days of emergency imposed by Indira Gandhi.

The Poor and weak are trampled by the rich and powerful. Where is that equality between the poor and the rich? Where is the freedom of speech sponsored by the leaders and politicians? Corruption and nepotism, anarchy and arbitrary rule have weakened the roots of the country. Unemployment makes if difficult for a common man to make both ends meet.

In our democracy, topmost authorities act like dictators and are busy in creating one scandal after another, looting the public money and hoarding it in countries like Switzerland.

These conditions have given rise to terrorism and our neighbours like Pakistan and China are taking advantage of these conditions. Naxalites in Bengal and other Zehadi groups are killing everyday innocent citizens, policemen and soldiers. 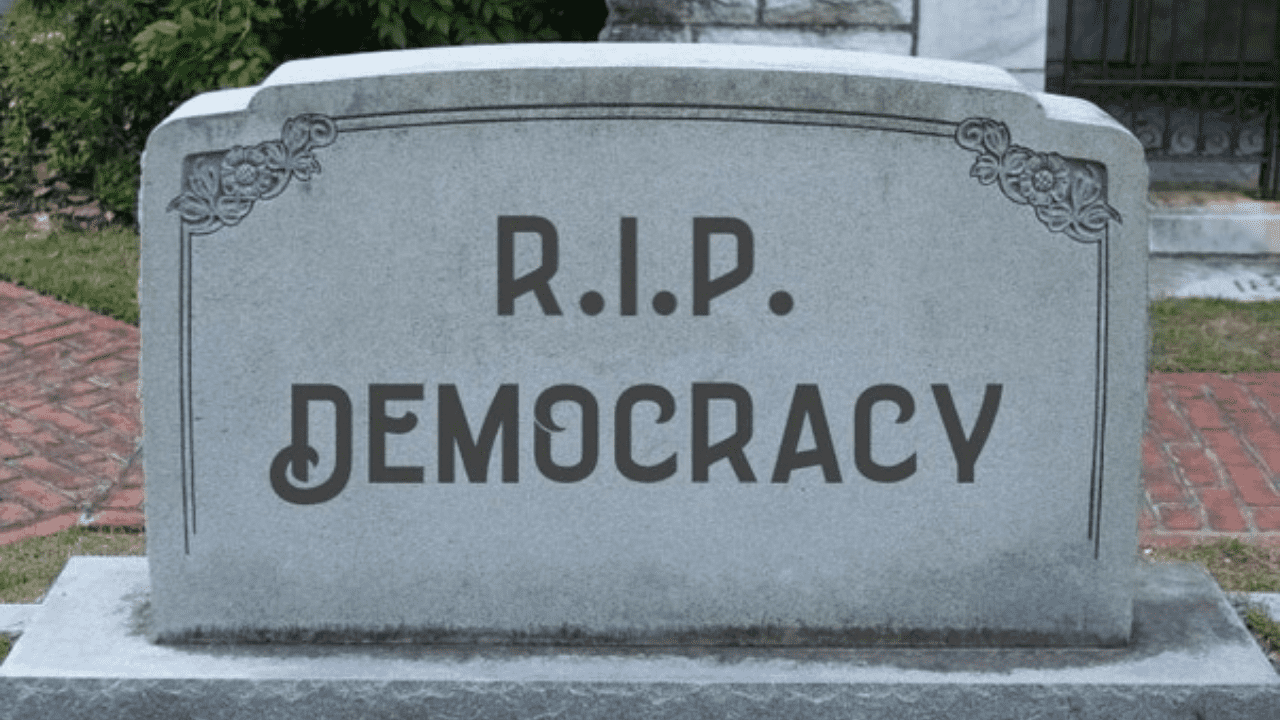 Below we have given a short essay on Democracy has Failed in India is for Classes 1, 2, 3, 4, 5 and 6. This short essay on the topic is suitable for students of class 6 and below.

Our youth is confused and is indulging in all kinds of anti-social and anti-national activities. No one is safe today.

This is happening because our policy makers our leaders did not prepare and train the public in a proper way, so that they could understand the conception of democracy. How could they (our leaders), because they were busy in filling their own coffers and how could a common man understand the high maxims of democracy when he is unable to feed his family.

Our leaders did not try to follow Tagore’s advice, who had said, A nation is a spiritual entity. It is the spirit of man that must be trained, disciplined and built up into a mighty force before India earns the right to real freedom. Later Swami Vivekanand and Sir Aurbindo Ghosh also expressed the same views.

There is no need to elaborate, it is a simple truth that democracy has failed in India. There may be some hope of its re-establishment, only if corruption, nepotism, terrorism, unemployment can be controlled and ended and moral values re-installed.