Essay On ATM Machine: An evolutionary trend from cash economy to cheque economy and now to plastic card economy is witnessed in the introduction of Automated Teller Machines (ATMs). An automated teller machine is an electronic telecommunication device that enables the customers of a financial institution to perform financial transaction without the physical need for a human cashier, clerk or even the customer in its premises.

Below we have given a long essay on ATM Machine of 500 words is helpful for classes 7, 8, 9 and 10 and Competitive Exam Aspirants. This long essay on the topic is suitable for students of class 7 to class 10, and also for competitive exam aspirants.

With more and more people using banks today, the business of banking is basically about efficient and convenient service delivery. ATM has become an important issue, not only in retaining consumers, but also as a competitive advantage while boosting the overall profitability. ATMs have gained prominence as a delivery channel for banking transactions in India.

Banks have been deploying ATMs to increase their reach, ATM provides banking services for 24 hours. For this reason some people also call it ‘All Time Money’ Machine. On most modern ATMs, the customer is identified by inserting a plastic ATM card with a magnetic stripe with a chip that contains a unique card number.

The card usually have the name of the holder, its type and other information. Authentication is provided by the customer by entering a Personal Identification Number (PIN). Then the customer can avail its various services like cash withdrawal, checking balance etc. ATM or Cash points was first introduced in 1961 by the City Bank of New York on a trial basis. It allowed banks to provide their consumers with a convenient way, round the clock, to carry out varying transactions. However it was not appreciated much at that time and was removed after a period of 6 months.

After various modifications it was re-introduced in various countries and saw an extensive usage. With regard to India, HSBC Bank was the first bank in India to offer ATM facility in 1987. Presently, almost all the banks are offering ATM facility adequately in cities as well as in rural areas. ATMs have revolutionised the banking industry. It would not be wrong to say that outwardly Automated Teller Machine appears like a human weighing machine. Huge usage and user-friendliness makes the comparison even more prominent. But ATM’s have alternate purpose to serve. Today’s ATMs are placed not only near or inside the banks, but in locations such as shopping malls, airports, metros, railway station, petrol station, grocery stores or any other place frequented by a large number of people. ATM also provide the best possible exchange rates for foreign travellers and are widely used for this purpose.

If the currency being withdrawn from the ATM is different from that in which the bank account is denominated, then the money will be converted at an official exchange rate. ATMs eliminate the need for the customers to travel to the branch at which his/her accounts are maintained if the machines are conveniently located and networked. For this reason, the number of customers visiting the bank has reduced tremendously. This in turn has resulted in huge savings in the employee-related costs for the banks. 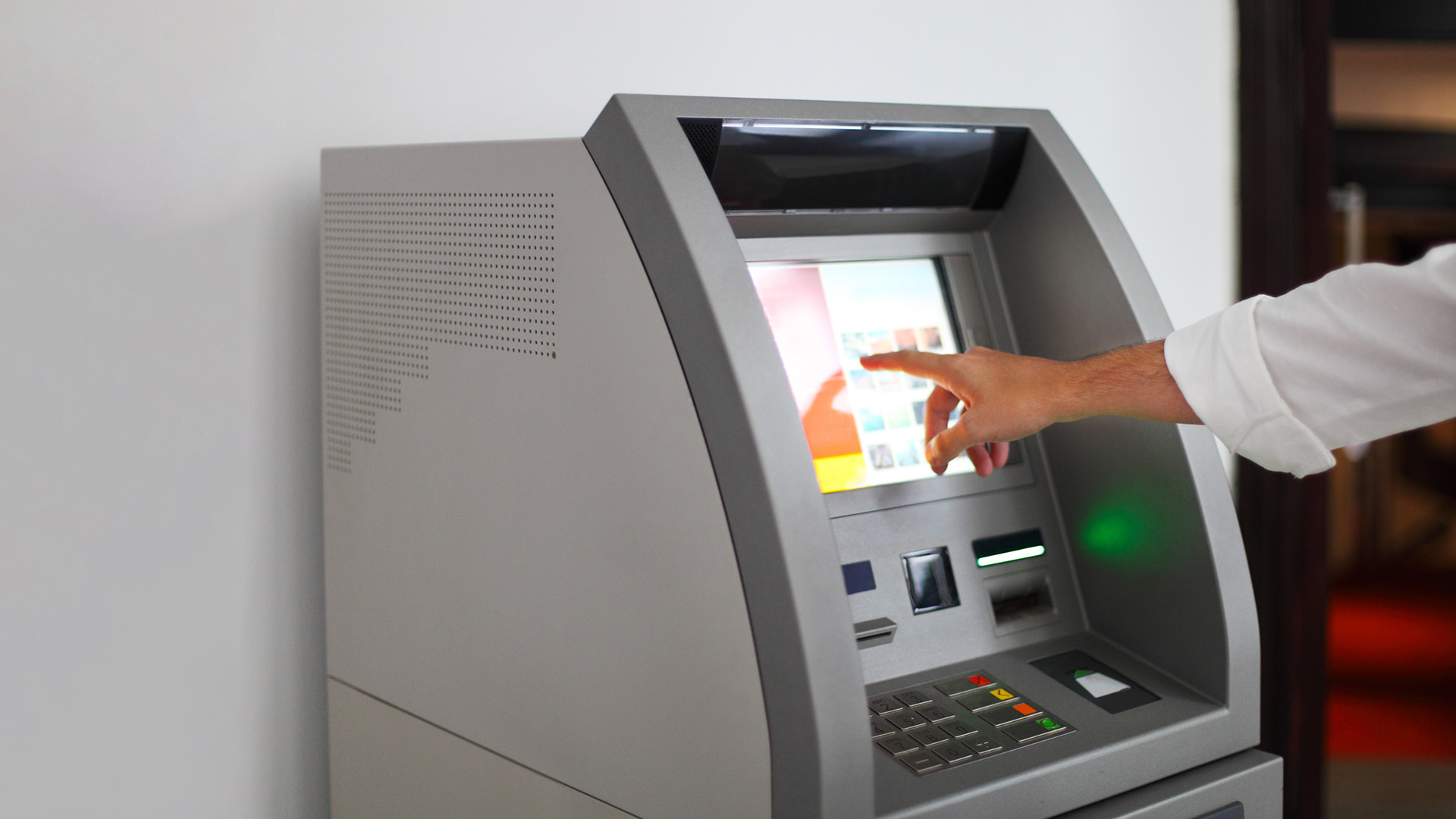 Below we have given a short essay on ATM Machine is for Classes 1, 2, 3, 4, 5, and 6. This short essay on the topic is suitable for students of class 6 and below.

The cost incurred in servicing a customer through the ATM is one-third of the cost incurred otherwise. As the transactions are handled through softwares, scope for human error or misappropriation is reduced. With all these benefits, banks all over the world are making huge profits.

Like other modern technologies, ATMs too usually come along with some limiting , factors. Kids are seen misusing the hard-earned money of their parents often withdrawing more money than needed. Banks levy some extra charges while using the machjnes of other banks of which customers are totally oblivious. CCTV cameras installed at various ATMs can become a medium to collect passwords (PIN) of the users. Robbers are guaranteed sure cash from the consumers visiting the money machines. Very recently a newspaper report reported about a robber forcing an innocent person to withdraw more cash at the gunpoint. Moreover, ATM often do not have adequate funds leaving the client with no alternative during non-banking hours. Damaged machine is another problem.

Despite the problems, it is universally agreed that the benefits derived from the ATMs cannot be ignored. Infact latest development are being tried to transform it further. Latest in news is India’s first ‘talking’ Automated Teller Machine for visually impaired in Ahmedabad. More such renewing would be done to place it deeper in the busy lives of people.