Essay on Adolf Hitler: Such was Hitler’s determination and love for his motherland, that he went all out to achieve it. Adolf Hitler was born on 20th April, 1889 at an inn in Austria, to Alois Hitler and Klara Polzl. He had 5 siblings, out of which the older ones died in infancy. When Hitler was three years old, the family moved to Passan in Germany. In 1895, the family acquired a small plot in Hafeld. The farming failed and in 1898, the family shifted permanently to Leondig. – An Unparalleled Leader 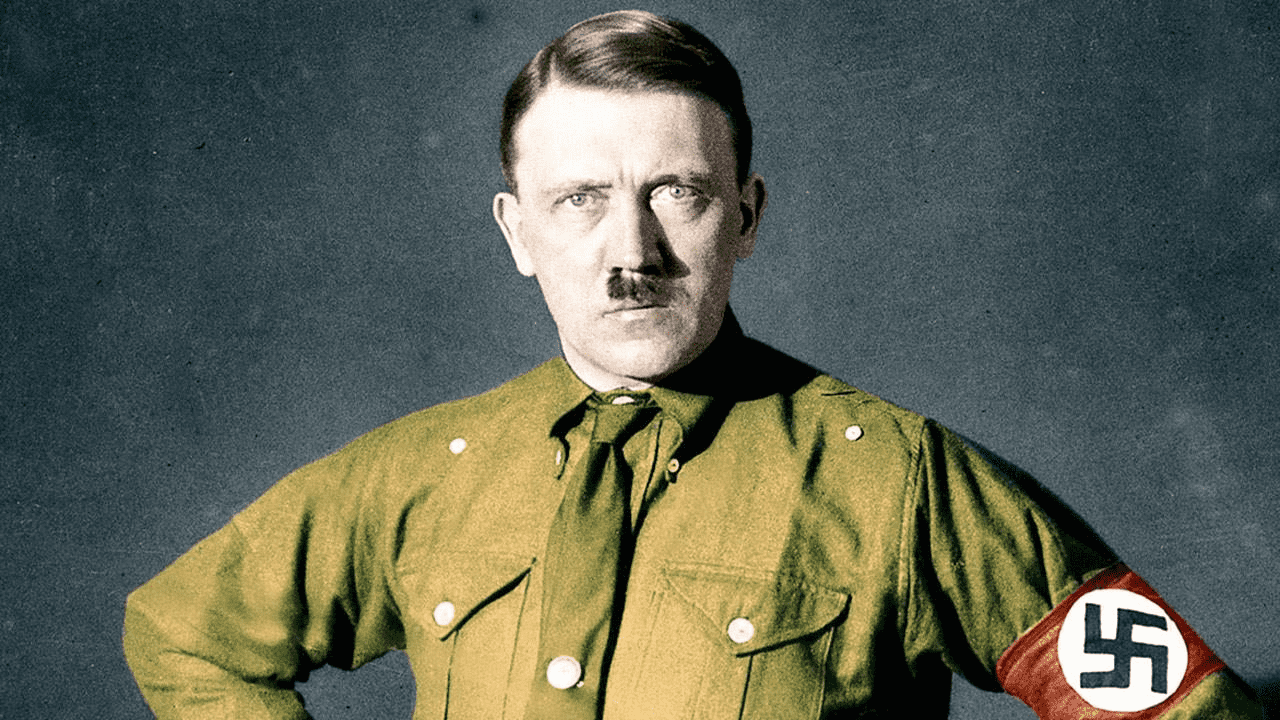 Below we have given a long essay on Adolf Hitler of 500 words is helpful for classes 7, 8, 9 and 10 and Competitive Exam Aspirants. This long essay on the topic is suitable for students of class 7 to class 10, and also for competitive exam aspirants.

Hitler’s relations with his father were not good. At 8 years of age, he took singing lessons and sang in Church choir. He thought of becoming a priest. But the death of his younger brother transformed him into a depressed introvert boy. His father wanted him to work in customs like him, ignoring his desire to become an artist. Alois passed away in 1903 and Hitler joined another school.

At the start of World War I, Hitler served as a dispatch runner in the Bavarian army. He was felicitated with the rare awards of Iron Cross, First Class. He described the war as ‘the greatest of all experiences’.

His patriotism for Germany grew and he was shocked at Germany’s capitulation in 1918. He joined the German Workers Party (DAP) in 1919, which was renamed as National Socialist DAP or NSDAP. Hitler himself designed the party symbol of a ‘Swastika’. He gave speeches against Treaty of Versailles, Marxists and Jews. In 1921, he became the party’s chairman. In 1932, Hitler was elected as the Chancellor of Germany.

One of the main concepts of Nazism was ‘Racial hygiene’. Marriage between Jews and non-Jews was not permitted and ‘non-Aryans’ were deprived of the benefits of German citizenship. Between 1939 and 1945, around 6 million Jews were murdered. It is commonly referred to as the Holocaust. It amounted to two-thirds of Jewish population in Europe.

In 1938, Hitler signed the Munich Treaty which attached Sudetenland districts to Germany. In 1941, Hitler violated the non-aggression pact with Stalin, invading Soviet Union. Following Japan’s attack on Pearl Harbour, Germany was face-to-face with the other three powers—US, Britain and Soviet Union. After 1942, Germany suffered several defeats.

On 29th April, 1945, Hitler married Eva Braun. He was informed soon of the assassination of Italian dictator Mussolini. So, terrified of surrendering to enemies, he and Eva committed suicide on 30th April, 1945.

“Do not compare yourself to others. If you do so, you are insulting yourself ” -Adolf Hitler

While we loathe at Hitler for his genocide of millions of innocent people, we can also take a leaf or two, out of his positive side. There were a number of rare qualities in him, which we can certainly imbibe.

He had excellent leadership and oratorical skills. When he spoke, everybody used to listen and become charged. He never used to be tired of travelling from town-to-town and gave several speeches in a single day. He united a depressed and demoralised nation. He was zealous and wanted his nation to have a mission. He built several freeways. Under him, the V2 technology to send rockets into space, was invented. He banned the use of atomic weapons, smoking, alcohol and meat. He infact, freed many small nations from the rule of Britain and France.

Even though, we can’t go back in time to correct his mistakes, we can definitely take inspiration from his positive attributes. Hitler was a villain, no doubt, but there was a leader in him, which few have acknowledged. There was never someone like him in the annals of world history and perhaps won’t ever be again in future.