Election System in India Essay: Elections are held every five years but bye-elections too can be held due to dissolution or death of the person representing a seat. The Constitution provides for an Election Commission responsible for all matters related to elections Earlier, elections in India was a Herculean task, primarily because of the use of paper ballot system.

Moreover, security and safety was another major concern for the government. Inspite of the huge costs involved and security personnel, election procedure was not smooth, It was very time consuming too. In today’s time, it is still a Herculean task, but technological advancement has somehow reduced the hurdles. 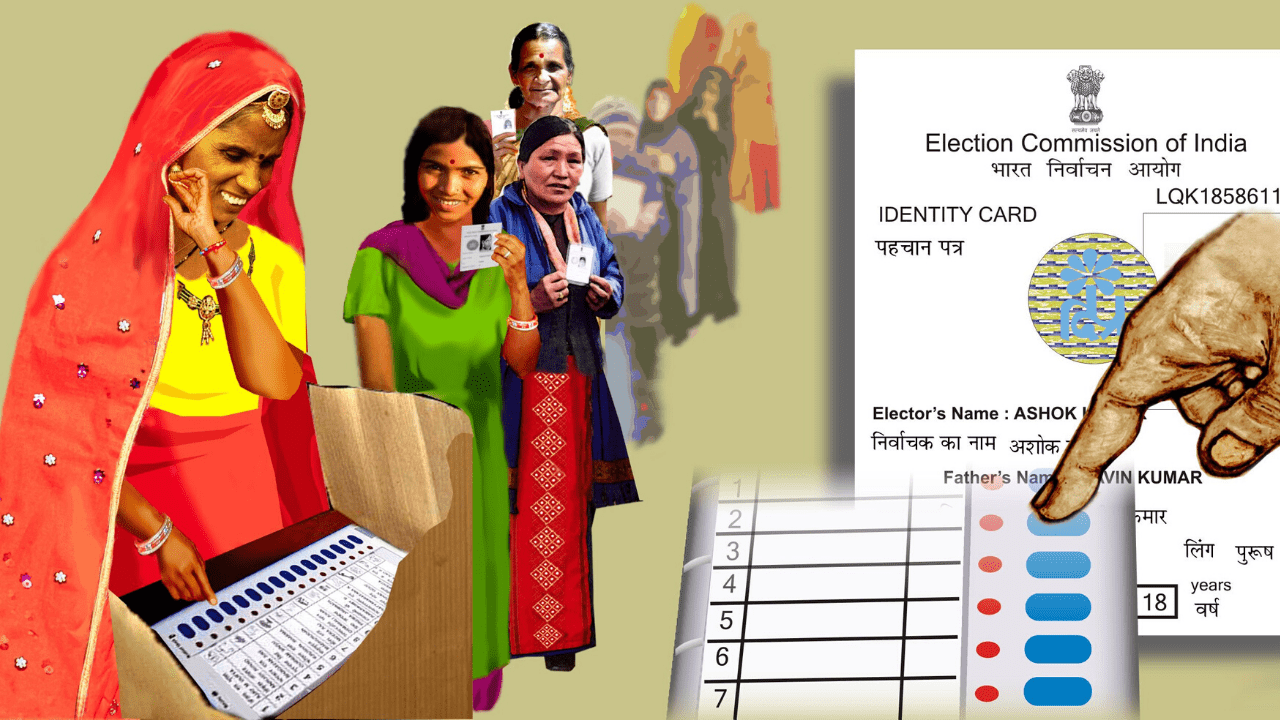 Long Essay on Election System in India 500 Words in English

Below we have given a long essay on the Election System in India of 500 words is helpful for classes 7, 8, 9 and 10 and Competitive Exam Aspirants. This long essay on the topic is suitable for students of class 7 to class 10, and also for competitive exam aspirants.

Electronic Voting Machines (EVMs) are being used in elections to implement electronic voting in part from 1999 elections and in total since 2004 elections. It has thus reduced the time both in terms of casting a vote and declaring the results as compared to the old paper ballot system.

In India, illiterate people find EVMs easier than the earlier ballot system. Instead of the long procedure as in past with EVM, a voter simply has to press the button in favour of the candidate/symbol and their vote is recorded. Introduction of ‘None of the above’ option in the EVMs has allowed voters to register an official vote, even though they do not support any party or candidate. In 2014, lot of people exercised their voting right, yet not supporting any party.

A political party is a group of people who want to achieve common goals and control the government by winning elections and exercising political powers. India has a multi-party system. It has a huge population. Thus, the size of the huge electorate mandates the elections be conducted in number of phases. Election is a huge process which starts a month before the election date.

Newspaper and TV channels play a major role by covering elections, spreading awareness and by airing advertisements for the parties.

Weeks before elections, all the parties get busy in campaigning for their candidates. There are banners, posters and hoardings all over the cities. Lavish advertisements in the newspaper, on TV and FM Radios can be seen/heard. Meetings and processions are held at various places.

The candidates even go from door to door asking, pleading, requesting, charming the voters so that the public votes in their favour. But 48 hours before the election, as per the law, all canvassing comes to an end. Simultaneous elaborate preparations take place at the polling booths.

On the election day, Government schools and colleges fulfil the purpose of polling stations. The collector of each district is the in-charge of polling. Voting is done under high security alertness with special forces directed, surveillance through cameras at the polling stations.

Government employees are employed to help make the election process smooth. People of all classes, sections, communities and places come to the booth along with their Voter Identity Cards to cast their votes. Voting by the candidate is done with utmost privacy.

An indelible ink is mandatory applied on the left index finger of the voter to indicate that the voter has cast his vote. After the different phases of the elections are complete, a day is set to count the votes. With the counting and announcing the winner, the election procedure is completed, thereby paving way for the formation of the new government. The recent election of 2014 was a noteworthy event in the history of India. In 2014, the Electoral Strength of India increased to 814.5 million (larger than both EU and US elections combined) using more than one million electronic voting machines. With this figure, there was a increase of 100 million voters since the last general election in 2009, making it the largest ever election in the world.

The good thing was that the average election turnout over all the nine phases was around 66.38%, the highest ever in the history of Indian general elections. Truly, Indians have started believing in Abraham Lincoln words:

“The ballot is stronger than the bullet.”