Debate on Freedom of Speech: If a nation respects all its citizens and gives them all the rights needed for their development and growth, the people of this nation should act responsibly towards utilizing their freedom of speech and expression.

Very good morning to Honorable judges, respected chief guests and all the audience. Today I ————  will be expressing my views on the Debate on Freedom of Speech. Let me express my views in favour of the motion.

It’s the power of freedom of speech that we are here to express our views openly.

Speech is God’s gift to human beings. Through speech, one can convey his feelings, thoughts and sentiments to others. Freedom of speech sometimes referred to as freedom of expression is thus a fundamental right, which a human being receives by birth. Everyone has the right to freedom of speech and expression to impart information and their own ideas.

Debate on Freedom of Speech highlights that Freedom of speech allows the citizens of the country to express and share their ideas, views and opinions openly without any restrictions. The public and the media are free to comment on any political activity and can also express their views towards anything they think is wrong. The media can openly criticise the government if it doesn’t work in the favour of the people.

According to Article 19(1)(a) of the Indian Constitution, every citizen has the right to freedom of speech and expression, which means the right to express their opinions freely by different modes like word of mouth, writing, printing, social media,  pictures, etc. Debate on Freedom of Speech focuses on the idea that one can express their ideas through any communicable medium or visible representation, such as gestures, signs, etc. Freedom of the press also falls under this category.

In my research for Debate on Freedom of Speech, I found that various other developed countries also provide freedom of speech to their citizens but they have certain limitations. Different countries provide freedom of speech but with different restrictions on it. Hence the governance systems failed because they lacked freedom of speech. Some countries also do not allow this fundamental right at all and the best example is North Korea. In North Korea, the media or the public are not allowed to speak against the government. Criticizing the government or the ministers or the political parties becomes a punishable offense.. A healthy, liberal and strong democracy is reflected by a strong media presence in a country because the media is considered to be the voice of the common people. Democracy works in a better way as they have to face criticisms and disagreements if they work in the wrong direction.

India has more than 130 crores of the population now and every individual will not have the same thought process and same views and opinions. True democracy is made by the difference of opinions of the people and the respect people have for each other in the team. Before taking any decision, all aspects and angles of the topic should be taken into consideration. A good democracy will involve all the people – supporters and critics, before formulating a policy.

So now let me conclude my debate on Freedom of Speech with the message that while freedom of speech is responsible for the growth and development of the society, it could have certain negative outcomes. It should not be used to disrespect or insult others. The media too should not misuse it.  It is the duty of the people of this nation to act responsibly towards utilizing its freedom of speech and expression. 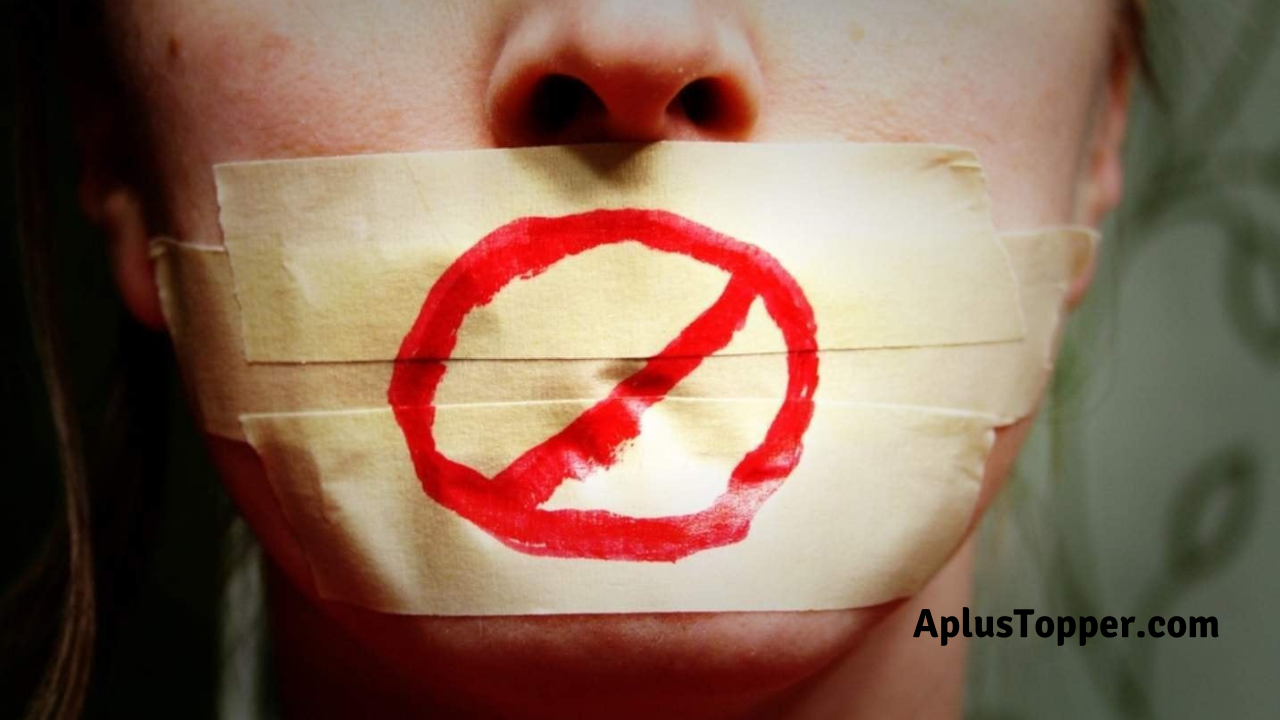 FAQ’s on Debate on Freedom of Speech

Question 1.
What are the six fundamental rights given by the constitution?

Answer:
Yes, The Constitution of India in Article 19(1)(a) provides the right of freedom with the view of guaranteeing individual rights that were considered vital by the framers of the constitution. The right to freedom in Article 19 guarantees the freedom of speech and expression, as one of its six freedoms.

Question 3.
What are the benefits of freedom of speech?

Answer:
Freedom of Speech is a core value in the democratic process. It ensures people are able to discuss, exchange, and debate ideas. Freedom of speech allows the citizens of the country to express and share their ideas, views and opinions openly without any restrictions. The public and the media are free to comment on any political activity and can also express their views towards anything they think is wrong. The media can openly criticise the government if it doesn’t work in the favour of the people.