CV Raman Essay: Steeped in intellectual thought with an illustrious eye for detail, he represented India’s scientific temper. He is the first Asian and the foremost Indian to win the Nobel Prize in Physics. Most importantly, he did this at a time when India was little known in the field of Sciences. A man of immense calibre and a pool of talent, he can be none other than Chandrasekhara Venkata Raman. – The Intellectual Gem

Below we have given a long essay on CV Raman of 500 words is helpful for classes 7, 8, 9 and 10 and Competitive Exam Aspirants. This long essay on the topic is suitable for students of class 7 to class 10, and also for competitive exam aspirants.

Born at Trichinopoly in Tamil Nadu on 7th November, 1888, his father was a lecturer in Mathematics and Physics, in Mrs AV Narasimha Rao College, Visakhapatnam, and later joined Presidency College, Madras. His maternal grandfather was a Sanskrit scholar, well versed in ‘navya nyaya’ or modern logic.

So, from an early age, he was immersed in an academic atmosphere. He was a diligent student. He entered the Presidency College, Madras, in 1902, and in 1904 passed his BA examination, winning the first place and a gold medal in Physics. In 1907, he gained his MA degree, obtaining the highest distinctions. His earliest researches in optics and acoustics—the two fields of investigation to which he dedicated his entire career were carried out while he was a student. Since at that time a scientific career did not appear to offer the best possibilities, Raman joined the Indian Finance Department in 1907. Though the duties of his office took most of his time, Raman found opportunities for carrying on experimental researches in the laboratory of the Indian Association for the Cultivation of Sciences at Calcutta.

In 1917, he was offered the newly endowed Palit Chair of Physics at Calcutta University, and decided to accept it. Raman’s main research was focussed on acoustics and musical instruments, and led to his election as fellow of the Royal Society in 1924. It was during a trip to England in 1921 that he was fascinated by the blue colour of the Mediterranean.

With a very simple experiment, he convinced himself that the blue colour of the sea was not only due to the reflection of the sky, as proposed by Lord Rayleigh, but mainly due to the scattering of light by water molecules. On his return to Calcutta, he began a systematic study of the scattering of light by different liquids, culminating in the discovery of a totally new kind of radiation, predicted by the quantum theory and named after him.

There Raman radiations carry vital information about the internal structure of the scattering molecules, and have proved to be of immense importance in studying molecular structures. His efforts finally paid off when he was awarded the Nobel Prize in Physics in 1930, the first to be ever won by an Indian. Thereafter, he became the Honorary Secretary of the Indian Association for the Cultivation of Sciences. After 15 years in Calcutta, he became Professor at the Indian Institute of Science at Bangalore (1933-1948) and in 1948, he became the Director of the Raman Institute of Research at Bangalore, established and endowed by himself. He also founded the Indian Journal of Physics in 1926, of which he was the Editor.

Raman sponsored the establishment of the Indian Academy of Sciences and served as its President since its inception. He was also the President of the Current Science Association, Bangalore, which publishes Current Science. (India)

Raman has done credible work in his field and his early memoirs appeared as Bulletins of the Indian Association for the Cultivation of Sciences. These dealt with the maintenance of vibrations and the theory of musical instruments of the violin family. In 1922, he published his work on the ‘Molecular Diffraction of Light’, the first of a series of investigations with his collaborators which ultimately led to the discovery, on 28th February, 1928, of the radiation effect, which is named after him. This work bagged him the 1930 Nobel Prize in Physics.

Some other investigations which propelled the world of science during his time were the experimental and the theoretical studies on the diffraction of light by acoustic waves of Ultrasonic and Hypersonic frequencies. In 1932, he and Suri Bhagavantam discovered quantum photon spin. During his term at IISc, he admitted the talented electrical engineering student, GN Ramachandran, who went on to become a recognised X-ray crystallographer. 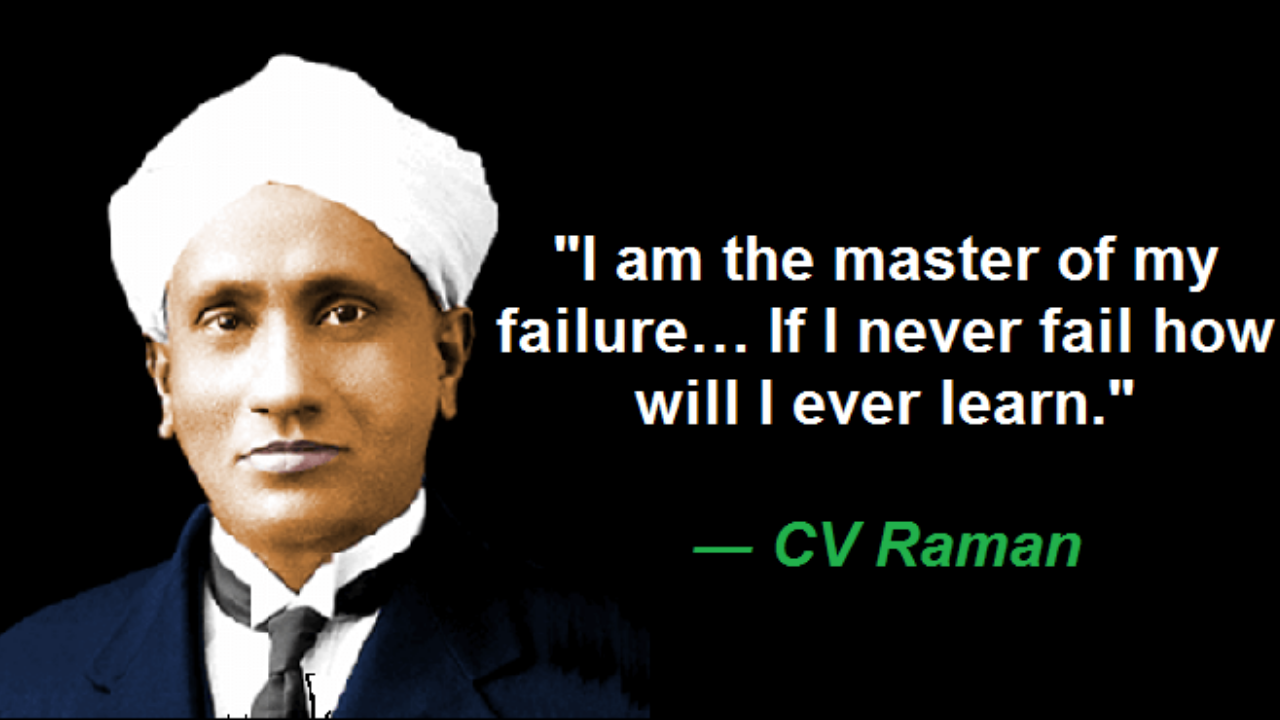 Below we have given a short essay on CV Raman is for Classes 1, 2, 3, 4, 5 and 6. This short essay on the topic is suitable for students of class 6 and below.

In 1948, Raman, through studying the spectroscopic behaviour of crystals, approached fundamental problems of crystal dynamics in a new manner. His laboratory has been dealing with the structures and properties of diamond, the structure of optical behaviour of numerous iridescent substances like opal and pearls.

This luminous star in the firmament of the scientific fraternity has been honoured with a large number of honorary doctorates and memberships of scientific societies. He was elected as a fellow of the Royal Society in 1924 and knighted in 1929. In 1941, he was awarded the Franklin Medal. In 1954, he was conferred upon, the Bharat Ratna. He got the Lenin Peace Prize in 1957.

Another big honour was that the American Chemical Society and IACS recognised his discovery as an International Historic Chemical Landmark. India celebrates National Science Day every year on 28th February to remember the discovery of Raman effect that took place in 1928.

At the end of October, 1970, he collapsed in his laboratory. Doctors gave him four hours to live. He survived and asked to be shifted from the hospital to the gardens of his institute. He passed away on 21 st November, 1970. His life was a testimony to hard work, patience and perseverance for achieving one’s goals. One should also be level headed and not go overboard on attaining success. With him, dawned an era of high quality science, and he showed the light for others to follow.