Complaint letters are always formal so they should be brief but comprehensive, the tone of the letter should be respectful but it has to be conclusive.

Name of the person you are writing to

Name of the firm

Address of the firm

Name of the complainant

Address of the complainant

Date of writing the letter. 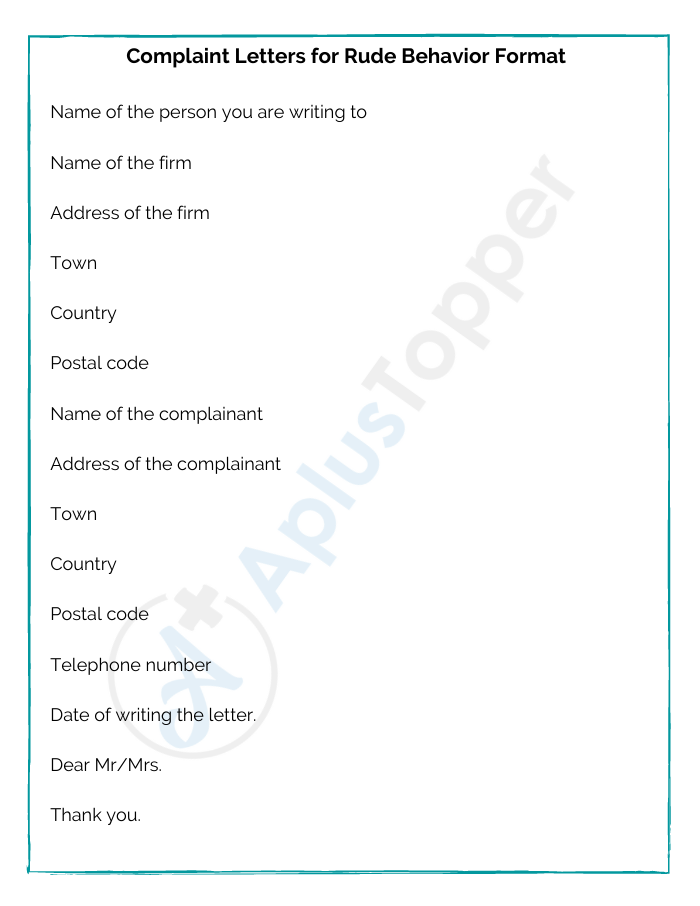 I am writing this letter for the rude behaviour of your child Mr. Kabeer Sharma.

My complaint is that Kabeer has not been attending his college classes for the past 1 month and his behaviour with the professors is not tolerant.

He was found fighting with other students and is indulged in a lot of smoking and drinking activities in the university premises.

Other days he came drunk in the class and abused one of our professors and threatened to meet him outside of the campus.

It is not acceptable by us or by any other university. If nothing is done with the behaviour of Kabeer we have to rusticate him from the university.

I respectfully ask you to have a word with him. 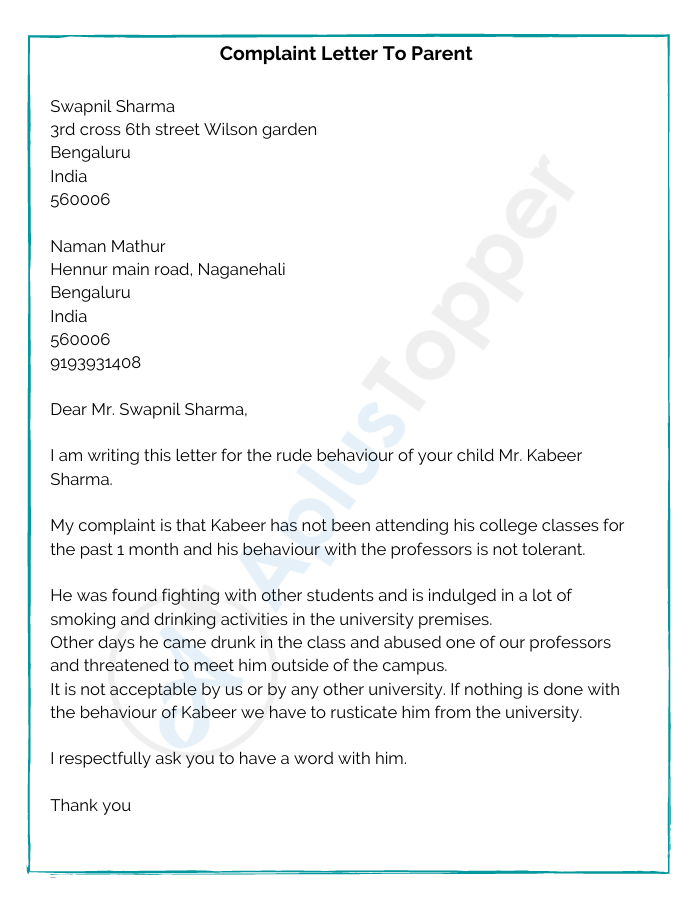 Complaint Letter To Electricity Board

Council of Electricity board Roorkee

I am currently residing at Ashok Nagar Roorkee and which has an electricity connection with consumer number 10025.

Today I freaked out by receiving the current month’s (February) electricity bill which was almost thrice of my regular bills.

I scrutinized the matter from my side to check where the error is, which I found out that the reading meter is broken.

You’ll clearly see that there’s an error in it. Therefore I kindly request you to issue me a new bill for the current month.

I hope my complaint will be noticed by the department and it will be resolved as soon as possible. 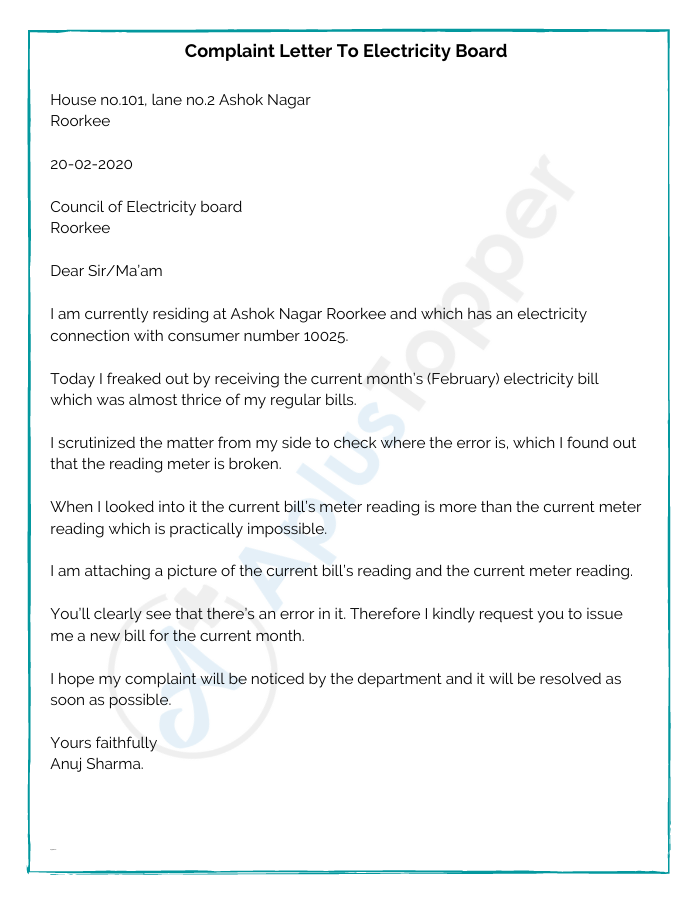 Complaint Letter for The Rude Behaviour of an Employee

Hope you are doing great.I have a complaint about an employee named Rajesh Kumar.

Whenever Mr. Rajesh is delivering the order. He is always late and the same thing happened last night.

When my wife asked him why were you 1 hour late his reply was very rude which I can’t even mention in words.

In the end, he even mentioned that if you want your order you have to wait for me to come to your doorstep which is absolutely inappropriate.

If nothing is done and this behaviour remains the same, then I alongside my friends and family will have to stop ordering and visiting your restaurant even though your food is great.

It is important to take action on this issue to maintain the high reputation of your restaurant.

I hope and wish you’ll solve this issue. 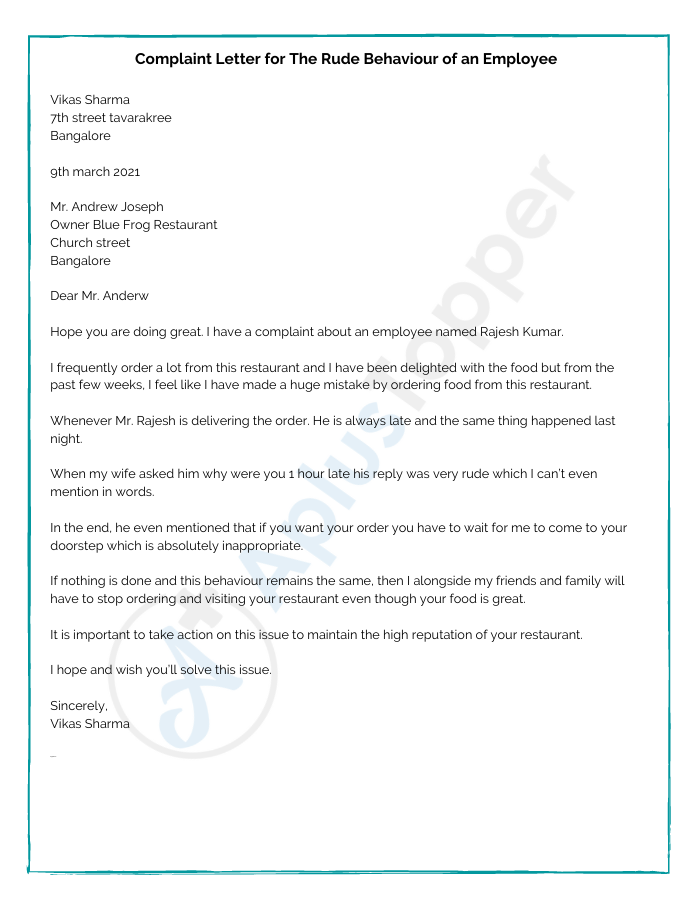