Students who are going to appear for CBSE Class 9 Examinations are advised to practice the CBSE sample papers given here which is designed as per the latest Syllabus and marking scheme as prescribed by the CBSE is given here. Paper 5 of Solved CBSE Sample Paper for Class 9 Science is given below with free PDF download solutions.

Question 2.
A person in the moving train tosses a coin over his head which falls behind him. What is the principle involved in it.

Question 3.
Name the appendages used for movement by organisms belonging to Protista kingdom.

Question 4.
Give one example when work done on an object is negative.

Question 5.
What happens when petrol is kept on our palm?

Question 6.
What is an Echo? State two necessary conditions for echo to be heard. Bats cannot see still they catch their prey. Explain.

Question 10.
A stone dropped from a window reaches the ground in 0.5 seconds:
(i) Calculate its speed just before it hits the ground.
(ii) What is its average speed during 0.5 s?
(iii) Calculate the height of window from the ground.
OR 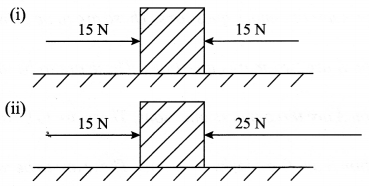 In which case will the object move and in which direction? Give reason in support of your answer. .

Question 12.
Give the functions of the following:
nuclear membrane, mitochondria, ribosomes

Question 14.
Define osmosis. In which way it is different from diffusion.

Question 16.
Define ‘Power’.
State and define its S.I. Unit. Two children A and B both weighing 32 kg start climbing up a rope separately and reaches a height of 8 m, ‘A’ takes 15 s and ‘B’ takes 20 s to reach that level. Calculate the amount of work done by A and B. Which of the two has more power? Show by calculation, [g = 10 m/s2]

Question 18.
How can you separate the following mixtures:

Question 19.
Explain nitrogen cycle in nature and define all the terms involved in it.

Question 20.
The velocity time graph of a body is given as follows: 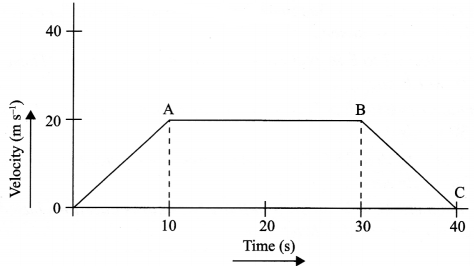 (i) State the kind of motion represented by OA; AB.
(ii) What is the velocity of the body after 10 s and after 40 s?
(iii) Calculate the retardation of the body.
(iv) Calculate the distance covered by the body between 10th and 30th second.

Question 21.
Explain Rutherford’s a-particle scattering experiment and give its observation and conclusion drawn.
OR
(a) Atomic mass exists as a whole number, then why do we write the atomic mass of chlorine as 35.5 u?
(b) Give the differences between isotopes and isobars.

Question 23.
How can you calculate the minimum distance for echo?

Question 25.
With the help of a diagram show what kind of wave motion can be produced by a slinky?

Question 26.
In a chemical reaction 0.096 g of boron combines with 0.144 g of oxygen to form a compound. Calculate the mass of the compound formed.

Question 27.
Explain the Pupa stage of mosquito with the help of a diagram. Why is the this stage also called ‘tumblers’?

Answer 4.
When a person is walking down the stairs with load on its head, the work done is negative as the force applied on the load is in opposite direction to its displacement.

Answer 5.
Petrol is highly volatile and it starts evaporating on from our palm by gaining energy from our palm and gives a cooling effect.

Answer 6.
Echo: Sound heard after reflection from an obstacle in a confined space.
Conditions: 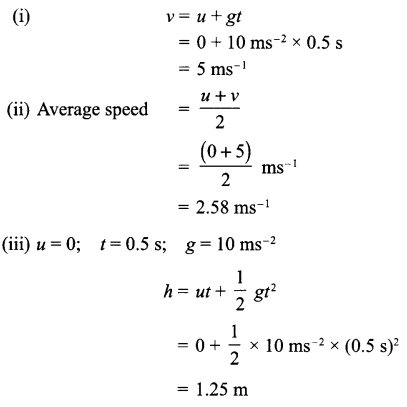 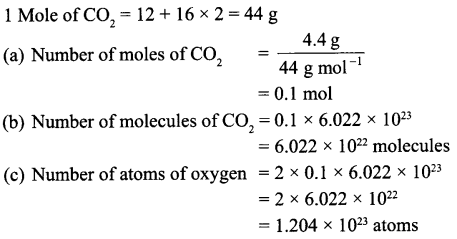 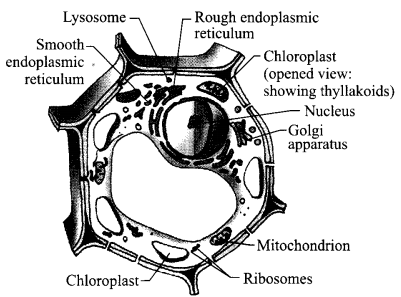 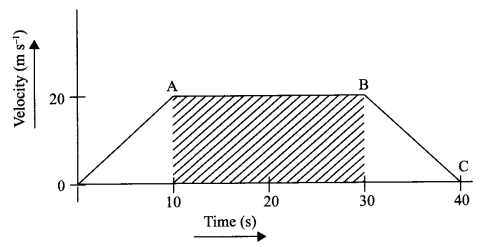 Answer 21.
Rutherford’s α-particle scattering experiment:
Fast moving α-particles having +2 charge, 4 u mass and considerable amount of energy were made to fall on a thin gold foil.

Conclusion from the observations:

OR
(a) Chlorine has two isotopes and the mass of an atom is taken as the average-mass of all the naturally occurring isotopes of that element.
This is obtained by knowing the percentage of each isotopic form and then the average mass is calculated, e.g. Cl = 35 × 75% and Cl = 37 × 25%

Answer 24.
The commonly used adulterants in food are

Answer 25.
A slinky can produce both longitudinal and transverse wave motion.

Answer 27.
The pupa of a mosquito is formed from its larva, it floats in water. It takes up the oxygen through its two breathing tubes called ‘trumpets’. When the water is disturbed the pupa tumbles down and floats back on surface of water, so it is also called “Tumblers”. This is a hibernating stage, where pupa does not eat and only rest/sleep. This stage lasts for 1-4 days. 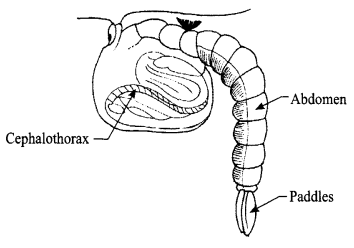