Binomial Theorem for any Index

The rule by which any power of binomial can be expanded is called the binomial theorem.
If n is a positive integer and x, y ∈ C then

Binomial theorem for any Index

when n is a negative integer or a fraction, where , otherwise expansion will not be possible.
If first term is not 1, then make first term unity in the following way, 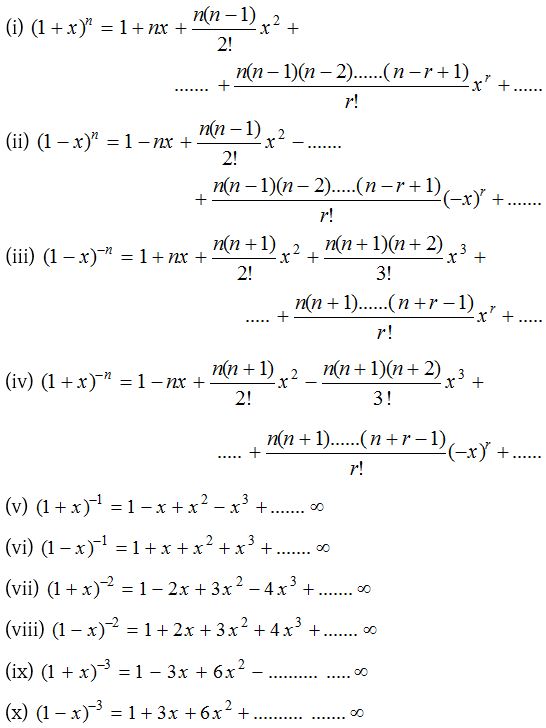 Problems on approximation by the binomial theorem :

(2) Method for finding terms free from radicals or rational terms in the expansion of (a1/p + b1/q)N ∀ a, b ∈ prime numbers:
Find the general term