Bill Gates Essay: Everyone wants to be in the shoes of the richest man in the world, whose wealth at one point of time was more than $100 billion!

He has been characterised as the quintessential example of a super-intelligent human being with immense power and wealth. Every minute, every second when you are on your PC, he guides you. Almost Every computer in the world comes with his software pre-installed! With this hint, surely, you can gauge the fact that we are talking about Microsoft and the brain behind it—Bill Gates. – The Billionaire with a ‘Big’ Heart

Below we have given a long essay on Bill Gates of 500 words is helpful for classes 7, 8, 9 and 10 and Competitive Exam Aspirants. This long essay on the topic is suitable for students of class 7 to class 10, and also for competitive exam aspirants.

“It’s fine to celebrate success, but it’s more important to heed the lessons of failure.”

His was not a ‘rags-to-riches’ story, but a ‘riches-to-riches’ one. The noteworthy thing is that his parents’ wealth didn’t make him complacent.

The American entrepreneur, philanthropist and the Chairman of Microsoft, was born on 28th October, 1955 into a wealthy Seattle family. His father was a prominent attorney and mother, a bank board member. A story goes that, at his birth, his father set-up a million-dollar fund for him. But, Gates denied it. But one thing that is for sure, is that he had the best of education, including 3 years at Harvard.

As a student, Gates excelled in elementary school, particularly in Mathematics and Sciences. At 13, he was enrolled in the Lakeside School, Seattle’s most exclusive preparatory school. When he was in the eighth grade, the school mothers used proceeds’ from Lakeside’s rummage sale to buy an ASR-33 teletype terminal and a block of computer time in a General Electric Computer. Gates took an interest in programming the GE system in BASIC and was excused from Maths classes to pursue his interest. After the Mothers’ Club donation was exhausted, he and other students sought time on other systems, including DEC PDP minicomputer. One of these systems was a PDP-10 belonging to Computer Centre Corporation, which banned the Lakeside students for the summer after it caught them exploiting bugs in the operating system to obtain free computer time.

At the end of the ban, the Lakeside students offered to find bugs in CCC’s software in Exchange for free computer time. Gates went to CCC’s offices and studied source code for various programmes that ran on the system, not only in BASIC but FORTRAN, LISP and machine language as well. The arrangement with CCC continued until 1 970, then it went out of business. The following year, Information Sciences Inc. hired the Lakeside students to write a payroll program in COBOL, providing them not only computer time but royalties as well. At the age of 14, Gates was dexterous enough to form a venture with Allen, called Traf-O-Data, to make traffic counters based on Intel 8.008 processor. That first year, he made $ 20,000, however, when his age was found out, business slowed down.

Since beginning, Bill Gates was on the lookout for opportunities. So, after reading the January 1975 issue of Popular Electronics that demonstrated the Altair 8,800, Gates contacted MITS (Micro Instrumentation and Telemetry Systems), the creators of the new microcomputer. He informed them that he and others were working on a

BASIC interpreter for the platform. MITS President, Ed Roberts, agreed to meet them for a demo and when Gates demonstrated his work, it was a success.

Paul Allen, Gates’ intimate friend was hired into MITS, and Gates took a leave of absence from Harvard to work with Allen at MITS, dubbing their partnership ‘Micro-Soft’ in November, 1975. Within a year, the hyphen was dropped and on 26th November, 1976, the trade name “Microsoft” was registered. Microsoft became 1 independent of MITS in late 1976, and it continued to develop programming language software for various systems. 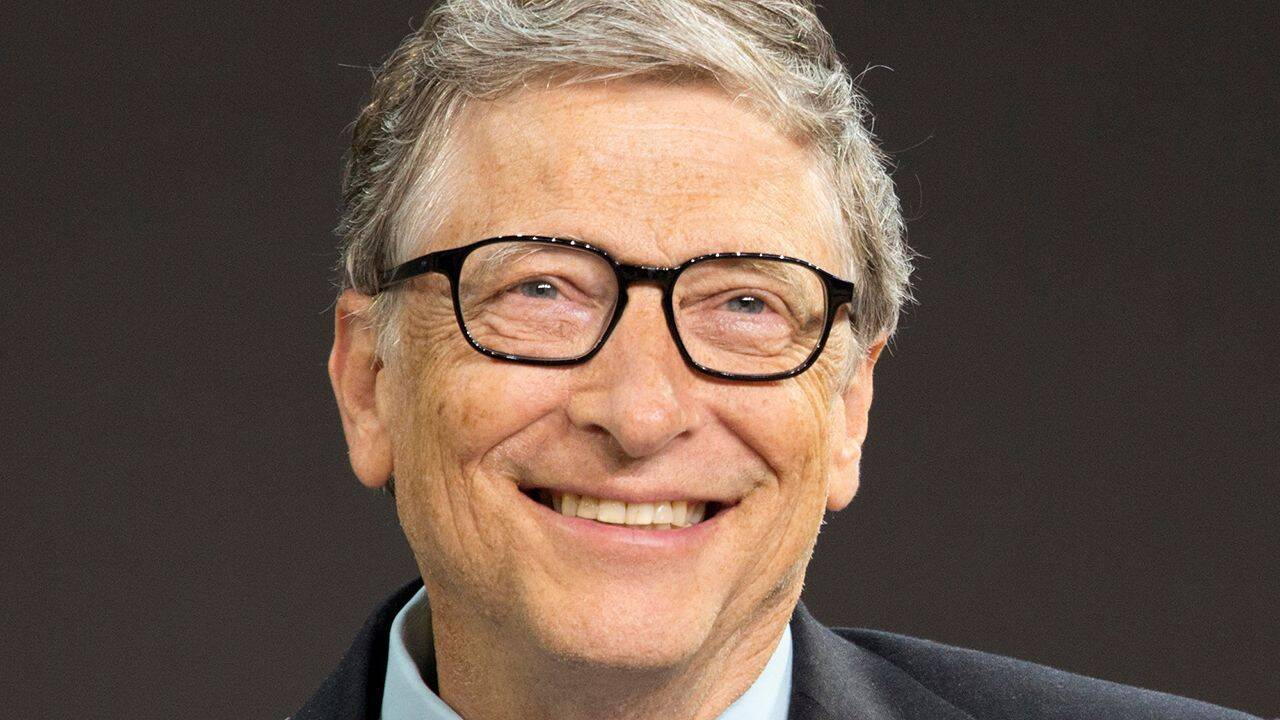 Below we have given a short essay on Bill Gates is for Classes 1, 2, 3, 4, 5 and 6. This short essay on the topic is suitable for students of class 6 and below.

In 1980, IBM approached Microsoft to make the BASIC interpreter for its upcoming personal computer, IBM PC. Gates proposed using 86-DOS (QDOS), an operating system. After adapting the operating system for PC, Microsoft delivered it to IBM as PC-DOS. As several companies reverse-engineered the IBM architecture and developed clones, Microsoft was quick to license DOS to other manufacturers, calling it MS-DOS. Keeping pace with time, in the early 1980s, Microsoft released ‘Windows’ as an addition and alternative to their DOS command line, and to compete with other systems in the market. By the early 1 990s, Windows had pushed other DOS-based systems out of the market. The release of Windows 3.0 in 1990 was a tremendous success, selling around 10 million copies in the first two years and cementing Microsoft’s dominance in operating systems’ sales. It gradually became the largest software company in the world.

A portion of Gates popularity can be attributed to his wife Melinda. It is due to her philanthropic mindset, that Gates came out to participate in the ‘real’ world. It was their combined effort that made Warren Buffett channelise much of his fortune to their social welfare institute, the Bill and Melinda Gates Foundation. At the time of its inception, Gates ‘gifted’ $106 million. It provides scholarships to needy, and efforts are directed for the control of AIDS, polio, diphtheria, measles and yellow fever. It gives away at least 5% of its assets each year, in order to continue as a charitable organisation.

Gates has been continuing to drive the world with his genius. ‘Forbes’ magazine’s list of the ‘The World’s Billionaires’ has ranked him as the richest person in the world l since 1 995, and recent estimates put his net worth near $ 56 billion. But the Gates Foundation and his social work will make us remember him for more than just his business empire. He will inspire us to steadily move towards our higher goals, for he rightly said :