Beti Bachao Beti Padhao Essay: The literal translation is, “Save the girl child, educate the girl child.” This is a campaign initiated by the Government of India to increase girls’ education rate and decrease female infanticide. The campaign is closely targeted to Uttar Pradesh, Uttarakhand, Haryana, Bihar, and Delhi.

These states have the greatest number of violence against girls, and therefore the campaign was specifically targeted towards them. The initial funding of the scheme at the time of its launch was as much as a hundred crore rupees. The campaign was launched on 22nd January 2015 by the Prime Minister of India, Mr. Narendra Modi.

We provide students with essay samples on a long essay of 500 words and a short essay of 150 words on the topic Beti Bachao Beti Padhao.

The Beti Bachao Beti Padhao campaign is a literal translation of the phrase, “Save the girl child, educate the girl child.” This campaign was launched on 22nd January 2015 by the Prime Minister of India, Mr. Narendra Modi.

This campaign had an initial funding of a hundred crore rupees. It focuses mainly on the states of Uttar Pradesh, Uttarakhand, Haryana, Bihar, and Delhi.

Reasons for the initiative:

The objective of the Beti Bachao Beti Padhao Abhiyaan is to increase the sex ratio and balance it. For that, the Government needs to reduce female infanticide and provide increased educational opportunities for women and ensure proper implementation.

There are several reasons for the massive rate of female infanticide in our country. Gender Discrimination And Sexism: Many people in India still hold the orthodox view of how men are the flag bearers of the family name. Families, especially in states like Uttar Pradesh and Bihar, are highly discriminative regarding the gender of a baby. Men often tend to kill the child if it is born a girl, simply because the girl child is like a burden.

Dowry: Though dowry is not legal anymore, some form or other still exists in Indian society. People coming from poor backgrounds often consider the girl to be a burden because of the high rate of compulsive dowry associated with it.
No Education: It is also considered by many people belonging to a rural background that a girl child does not deserve proper education. It is only the right of the boy to receive an education and earn for the family.

Strategies Used For The Effective Implementation:

Crafting a campaign by the Government is not the main objective. The most crucial part is the implementation. It is the goal of the nation as a whole to increase and stabilize the sex ratio, but the question is how it is to be done.

Some of the strategies to be used are:

Spreading Awareness: The people need to be educated regarding the matter. They need to understand how this discrimination is not only harmful but is illegal.
Gender Critical districts: The focus of the campaign should be on the gender-critical districts and cities to be more efficient and detailed. It is not quite known how effective the campaign has proved to be, but it is no doubt an essential one. 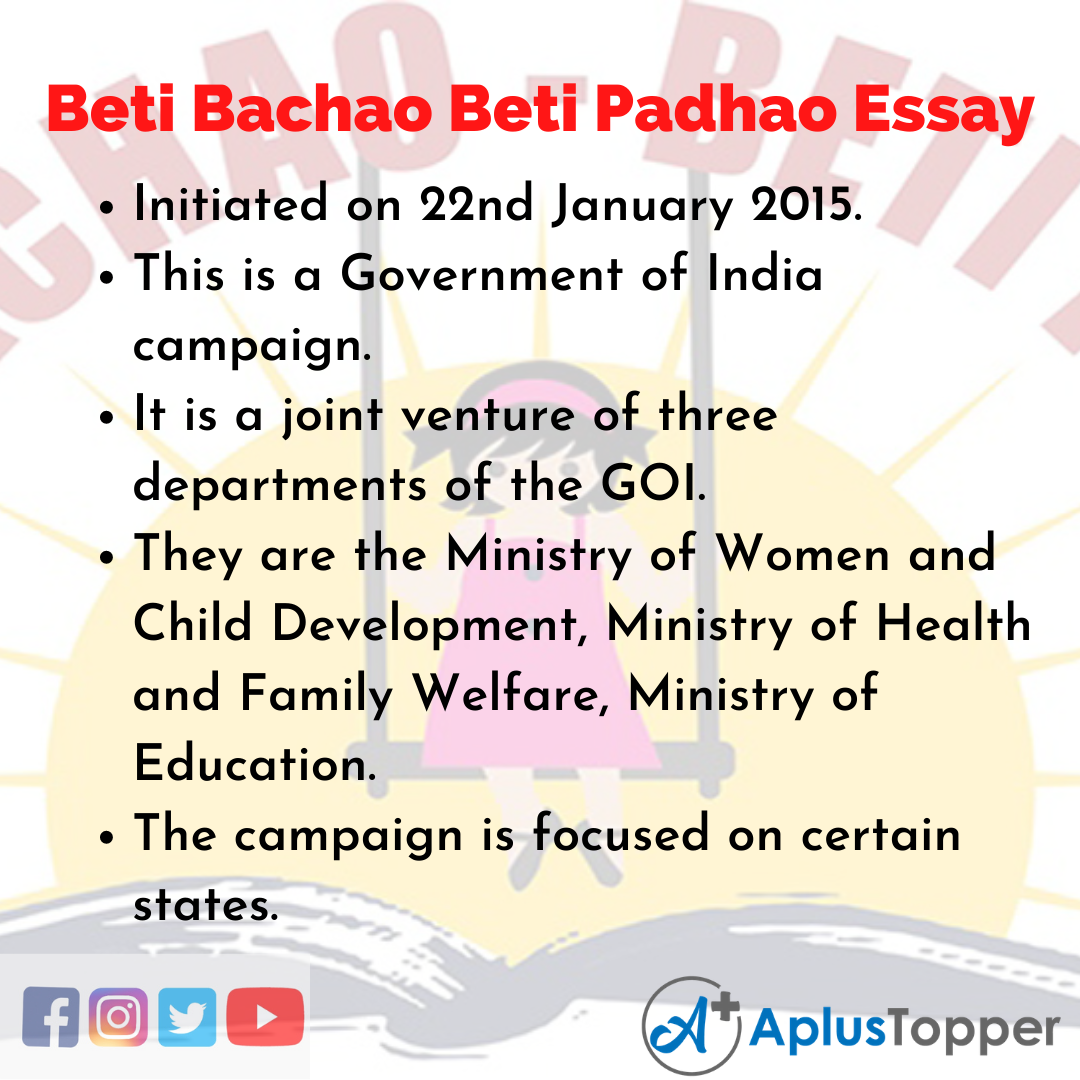 Beti Bachao Beti Padhao is a campaign initiated in 2015 by the Prime Minister of India. This campaign was launched to decrease the female infanticide cases in India and create increased educational opportunities for girls.

There are several reasons for the decreasing sex ratio in India. Gender discrimination is the foremost among all the reasons. Here in India, girls are equivalent to a burden. They are not the bearers of the family name and hence are just a burden on the father’s shoulders.

Though dowry is rendered illegal already, some form or the other of it exists in this society. Hence, the fathers of the girl child consider the birth of a girl to be a burden for the future.

There are several strategies that need to be included in the implementation of the project. The campaign is focused on the gender-critical states like Uttar Pradesh, Bihar, Haryana, and Delhi. It is not known how effective the campaign is, but it is a very important one to revive the sex ratio and save the nation’s girl children. 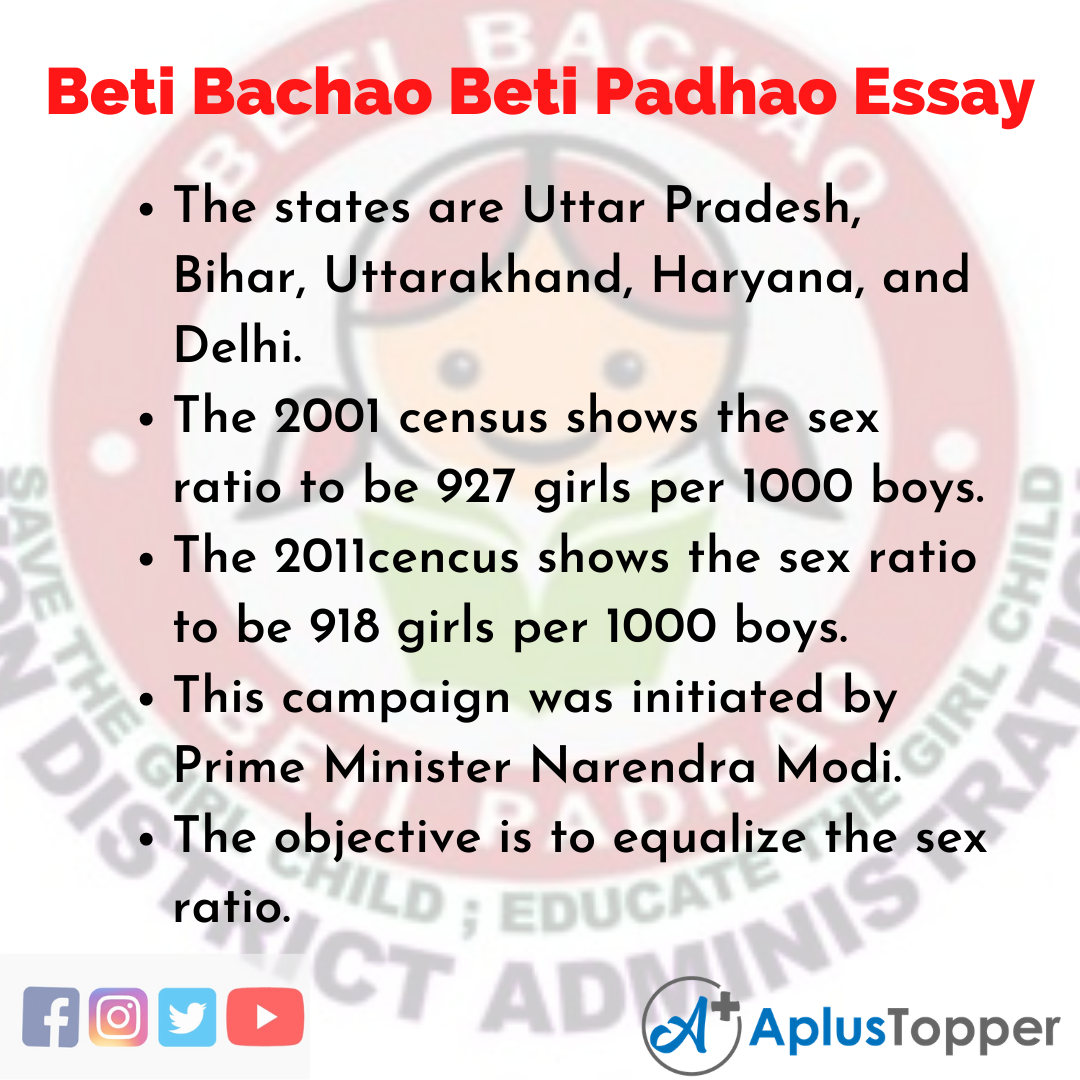 Question 2.
When was it initiated?

Question 3.
Who initiated it?

Answer:
It was initiated by the Prime Minister of India, Narendra Modi.