Banking In India Essay: A bank is a financial body that accepts deposits and channels them into lending through loans or capital markets. Banks thus, connect customers with lack of funds 1 and those with extra capital.

“Money plays the largest part in determining the course of history.” -Karl Marx

Long Essay on Banking In India 500 Words in English

Below we have given a long essay on Banking In India of 500 words is helpful for classes 7, 8, 9 and 10 and Competitive Exam Aspirants. This long essay on the topic is suitable for students of class 7 to class 10, and also for competitive exam aspirants.

The word ‘bank’ was borrowed from European languages, literally meaning ‘bench’ or ‘counter’. Banking system evolved in the 14th century in Italy. By the 18th century, merchants of London had started storing their gold with goldsmiths who charged a fee and issued receipts. A banker is a person who discharges his duties in the form of operating customer accounts and, paying and collecting cheques.

Banks borrow money by accepting the l money deposited in current accounts, by accepting term deposits and issuing securities on banknotes and bonds. They also create pew capital by giving loans. Banking activities can be for retail, in which the customers and small businesses are involved directly with the bank; for businesses for large corporate houses and for investments.

There are various types of banks such as commercial banks (which are engaged solely in banking activities), investment banks (for capital market activities), cooperative banks (non-profit banks), postal savings banks (associated with postal systems) and private banks (managing the assets of high net worth people).

In India, banking has its origin in the Vedic period. It is believed that the transition from money lending to banking must have occurred even before Manu, the great Hindu Jurist, who laid down rules relating to rates of interest. During the Mughal period, the indigenous bankers played a very important role in lending money and. financing foreign trade and commerce.

The first bank in India, though elemental, was established in 1786. From 1786 till today, the journey of Indian Banking System can be segregated into three distinct phases. They are Early Phase from 1786 to 1969 of commercial banks; Nationalisation of Commercial Banks upto 1991, prior to Indian banking sector reforms and New Phase of Indian Banking System with the advent of Indian Financial & Banking Sector Reforms after 1991.

The General Bank of India was set-up in the year 1786. The East India Company established the Bank of Bengal (1809), Bank of Bombay (1840) and Bank of Madras (1843) as independent units and called it Presidency Banks. These three banks were amalgamated in 1920 and Imperial Bank of India was established which started as private shareholders banks, for mostly European shareholders. For the first time exclusively by Indians, Punjab National Bank Ltd was set-up in 1894 with Headquarters at Lahore. During the first phase, the growth was very slow and banks also experienced periodic failures between 1913 and 1948. There were approximately 1100 banks, mostly small.

To streamline the functioning and activities of commercial banks, the Government of India came up with the Banking Companies Act, 1949 which was later changed to Banking Regulation Act, 1949 as per amendment Act of 1965 (Act No. 23 of 1965). Reserve Bank of India was vested with extensive powers for the supervision of banking in India as the Central Banking Authority. RBI is the Central Bank of the country since 1935. It regulates and controls credit, issues licenses and functions as the banker of all banks and the government.

During those days, public had lesser confidence in banks. As an aftermath, the deposit mobilisation was slow. Instead of banks, the savings bank facility provided by the Postal department was considered comparatively safer. Moreover, funds were largely given to traders. Government took major steps in the Indian Banking Sector Reforms after Independence. In 1955, it nationalised Imperial Bank of India with extensive banking facilities on a large scale, especially in rural and semi-urban areas. It formed the State Bank of India, to act as the principal agent of RBI and to handle banking transactions of the Union and State Governments all over the country.

It was on the efforts of the then Prime Minister of India, Mrs Indira Gandhi that 14 major commercial banks in the country were nationalised in 1960’s. The second phase of nationalisation, with Indian Banking Sector Reforms, was carried out in 1980 with the nationalisation of seven more banks. This step brought 80% of the banking segment in India under government ownership. After the nationalisation of banks, the branches of the public sector banks in India rose to approximately 800% in deposits and advances took a huge jump by 11000%.

Banking in the support of government ownership, gave the public implicit faith and immense confidence about the sustainability of these institutions. The third phase has introduced many more products and facilities in the banking sector in its reforms measure. In 1991, under the chairmanship of M Narasimham, a committee was set-up to suggest measures for banking sector reforms. Today, the country is flooded with foreign banks and their ATM stations. Efforts are being put in to give a satisfactory service to customers. Phone banking and net banking have been introduced. The entire system has become more convenient and swift. Time is given more importance than money. The financial system of India has shown a great deal of resilience. It is sheltered from any crisis triggered by external macroeconomics shock, unlike other East Asian Countries that had to suffer. This is largely due to flexible exchange rate regime, high foreign exchange reserves and reforms in the capital markets and banks.
Presently, in India, the banking sector is segregated as public or private sector banks, cooperative banks and regional rural banks. Bouquet of services are available at the customer’s demand in today’s banking system. Different types of accounts and loans, have been facilitated with the advent of plastic money and money transfer across the globe. The last decade experienced a complete change in the financial and banking sector. The capital and financial markets, banking and non-banking institutions and financial instruments were redressed towards development. 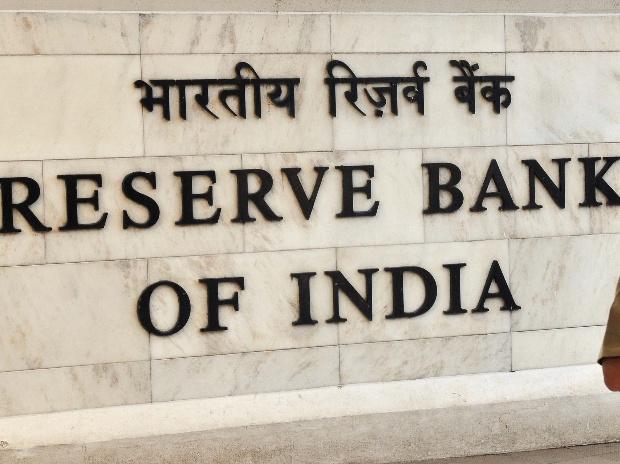 Short Essay on Banking In India 350 Words in English

Below we have given a short essay on Banking In India is for Classes 1, 2, 3, 4, 5, and 6. This short essay on the topic is suitable for students of class 6 and below.

Industrial Development Bank of India (IDBI) is the tenth largest bank in the world in terms of development. With the advancement of technology, banking sector has become easier, faster, accurate and also timesaving. ATMs, Mobile Banking, SMS Banking and Net Banking are only the tips of an iceberg.

The enhanced role of the banking sector in the Indian economy, the increasing levels of deregulation along with the ascending levels of competition have facilitated globalisation of the Indian banking system and placed numerous demands on banks. Operating in this demanding environment has exposed them to various challenges. The last decade has witnessed major changes in the financial sector new banks, new financial institutions, new instruments, new windows, and new opportunities and along with all this, new challenges.

While deregulation has opened up new vistas for banks to augment revenues, it has entailed greater competition and consequently greater risks. Demand for new products, particularly derivatives, requires banks to diversify their product mix and also affect rapid changes in their processes and operations in order to remain competitive in the globalised environment.

Developing countries like India have a huge population. Banking must reach out to people even in the remote fragmented locations. Banks are also suffering from diminishing employee satisfaction. Losing out on potential and valuable customer base would be one of the consequences. Top level executives and human resource departments of various banks need to spend time and effort towards retention of their key employees. Banks have also come under the scanner recently, due to various scams and malpractices. The arrest of the Chairman of Syndicate Bank is the latest case in sight.

The banking sector also introduced the All-Women’s Bank, known as Bhartiya Mahila Bank, in New Delhi. It was inaugurated by the then PM Manmohan Singh on 19th November, 2013, to commemorate the 94th birthday of Indira Gandhi. India will be the third nation after Pakistan and Tanzaniya, to have a bank dedicated to women. The bank will offer concession on loan rates to women. It would also motivate people interested in entrepreneurship to locally train women in vocational skills. The other goal is to promote ownership of assets among women customers, as assets serve as a back-up in cases of domestic violence.

However, the present governor of RBI, Raghuram Rajan has assured that this case shouldn’t be extrapolated to the entire system. Banks shouldn’t be just money-lending institutions, they should be ‘banks with a conscience’.