Apology Letter: An Apologize Letter/Sorry Letter, as the name states, is used to apologize to someone for one’s mistake. It can also be used to mend broken or troubled relationships between individuals. In the corporate world, an apology letter becomes a permanent record of an event and the consequent response to it, hence, it is important to draft the letter accurately and professionally.

Furthermore, there are a few etiquettes to be followed when drafting an apology letter. One of the most important etiquettes is to not get defensive. It is only natural to get defensive and justify your actions, but that does not constitute an apology. Another important aspect of a good apology is to accept responsibility for your actions. Do not try and justify as it will just make the apology seem forced and not genuine. If required, do explain and make the person understand what exactly happened, but do not try to deflect the blame. Lastly, read through the Apologize letter,  letter of apology format once again before sending it.

Guidelines for an Effective Apologies Letter

Following are some guidelines while drafting an apology letter. Get to Know How To Write Apology Letter?

Following is one of the most commonly used letter of apology

Letter for apology can either be addressed personally or by a third party. Both cases are provided below: 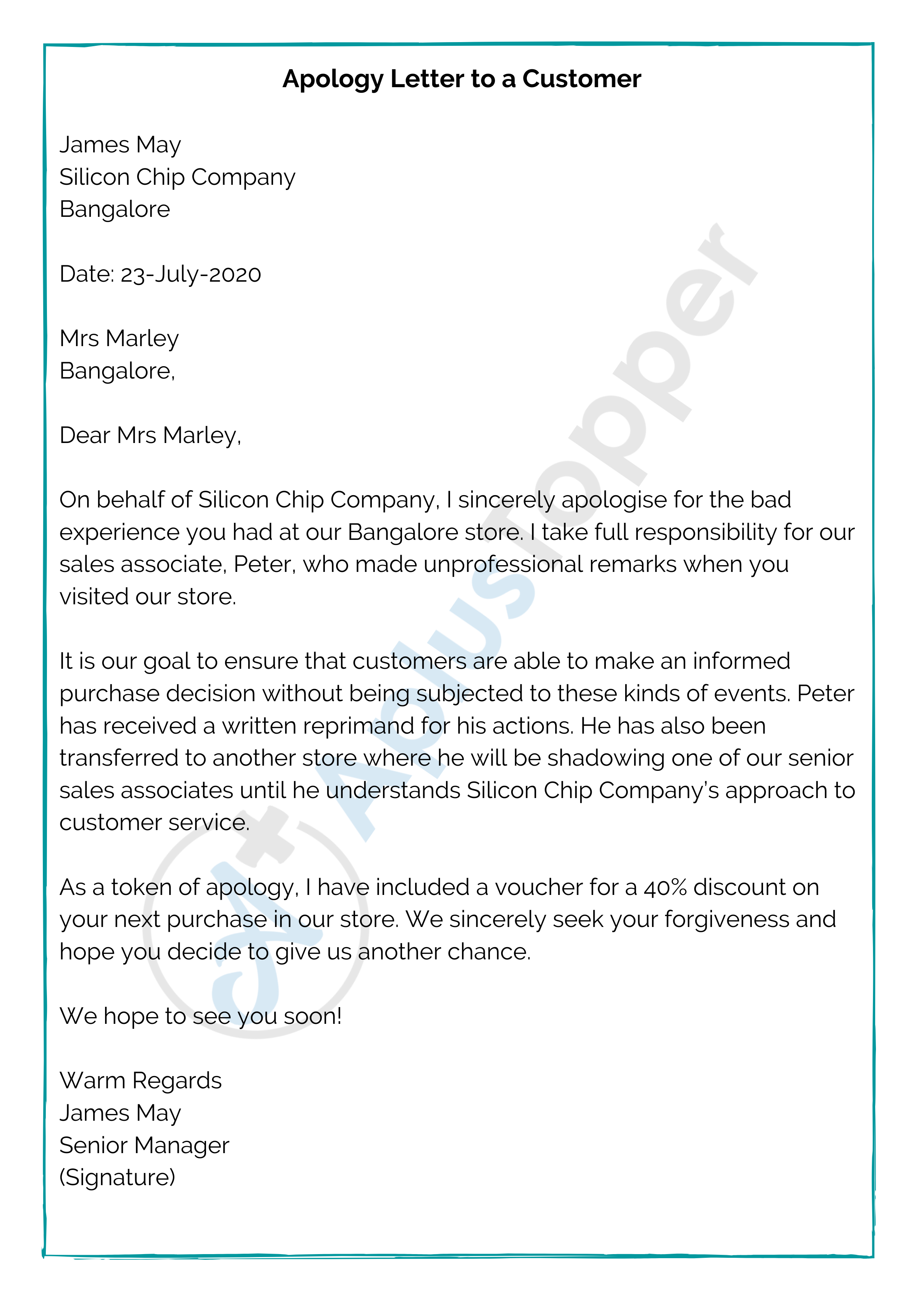 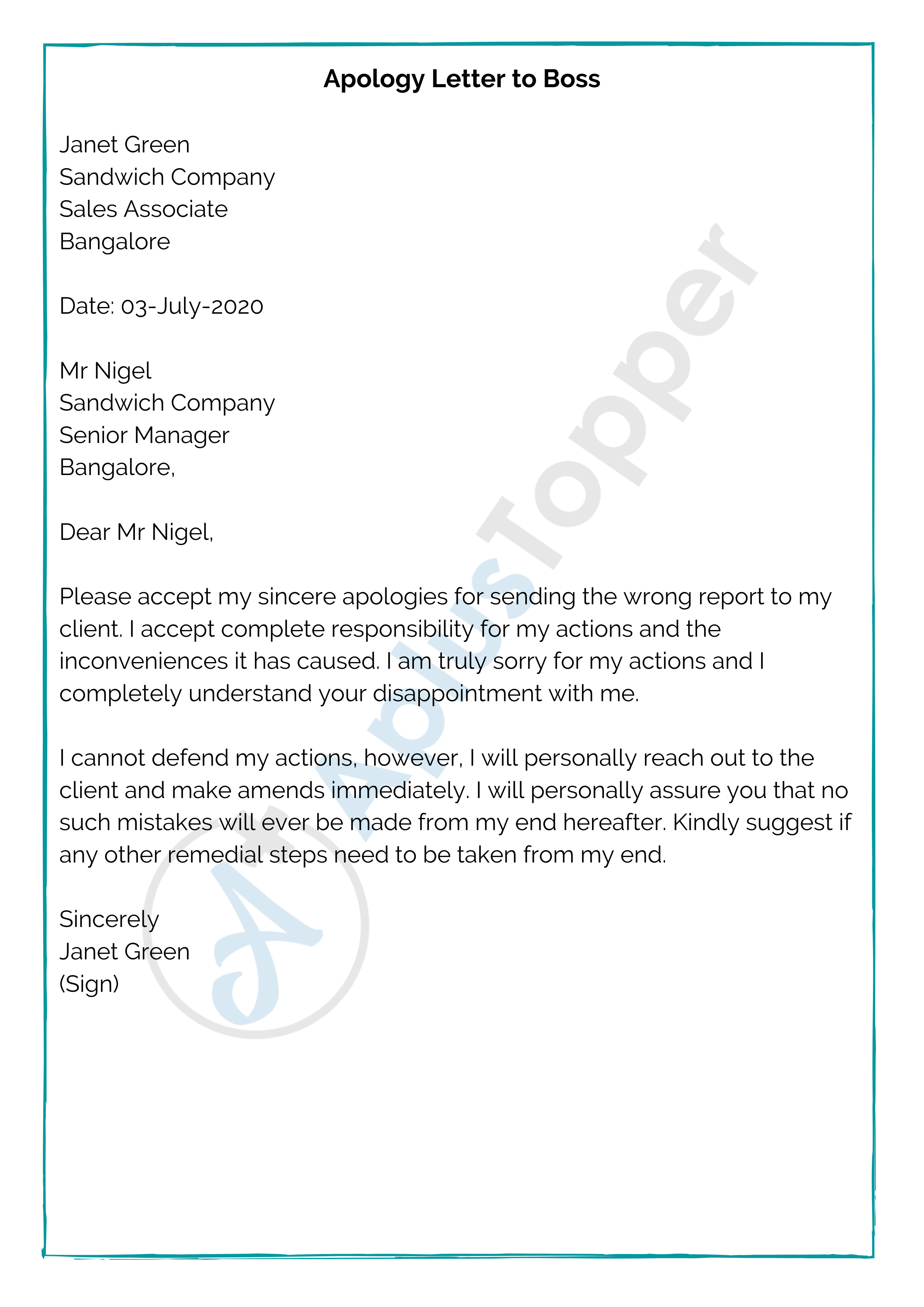 Question 1.
How do you apologize professionally?

Answer:
Ensure that the letter expresses remorse for the action. Also, apologise but do not try to get defensive or state reasons.

Question 2.
How do you write an apology letter for a mistake?

Answer:
Take responsibility for the action. Propose a plan to fix the wrongdoings or make the situation better. Express that you learnt from your mistakes and will not repeat it again.

Question 3.
How do you write an apology letter to HR?

Answer:
Use formal language and be very precise. Undertake responsibilities for the consequences of your actions. Express how you have learnt from this situation and the measures taken to make amends.

Question 4.
How do you apologize sincerely?

Answer:
Express your apology, and take complete responsibility for the actions. Provide assurance that you have learnt your mistakes from the situation.

Question 5.
How do you send an apology email?

Answer:
Use a formal tone and language. Be respectful and do not try to deflect the blame or provide justification. Present a proper plan of action or measures for the consequences of your actions. Proofreading before sending the email.