Animals that Start with Q in English: When it comes to the diverse species of animals found on earth, the list goes on and on. We can’t remember all the animals that live on this planet. To relieve people from the worry of missing out on an animal, we have taken up the job of categorizing animals in alphabetical order. It is not humanely feasible to remember all these species, families, genus or varieties of animals living on earth. So, we have developed a list of animals found on earth whose name begins with ‘Q’. What are some animals that start with Q? In this article you can find Sea, Farm, endangered, cute and common animals that start with Q.

Name of Animals Whose Name Starts With Q

European settlers hunted down and killed the quagga (Equus quagga), an extinct subspecies of the plains zebra once found only in South Africa. The quagga was hunted down and killed until it went extinct in the late nineteenth century. It was formerly believed to be a separate species, but early genetic investigations have revealed that it is actually a subspecies of the plains zebra. More recent research concluded that the species’ southernmost ecotype or cline would place it in the tropics. The quagga was estimated to have stood between 125 and 135 cm (4 ft 1 in–4 ft 5 in) tall at the shoulder and was 257 cm (8 ft 5 in) in length. It was differentiated from other zebras by its restricted pattern of predominantly brown and white stripes, which was concentrated largely on the front half of the body, as opposed to the back.

Quail is a collective term for many genera of medium-sized birds that are typically classified in the order Galliformes, which means “little quail.” 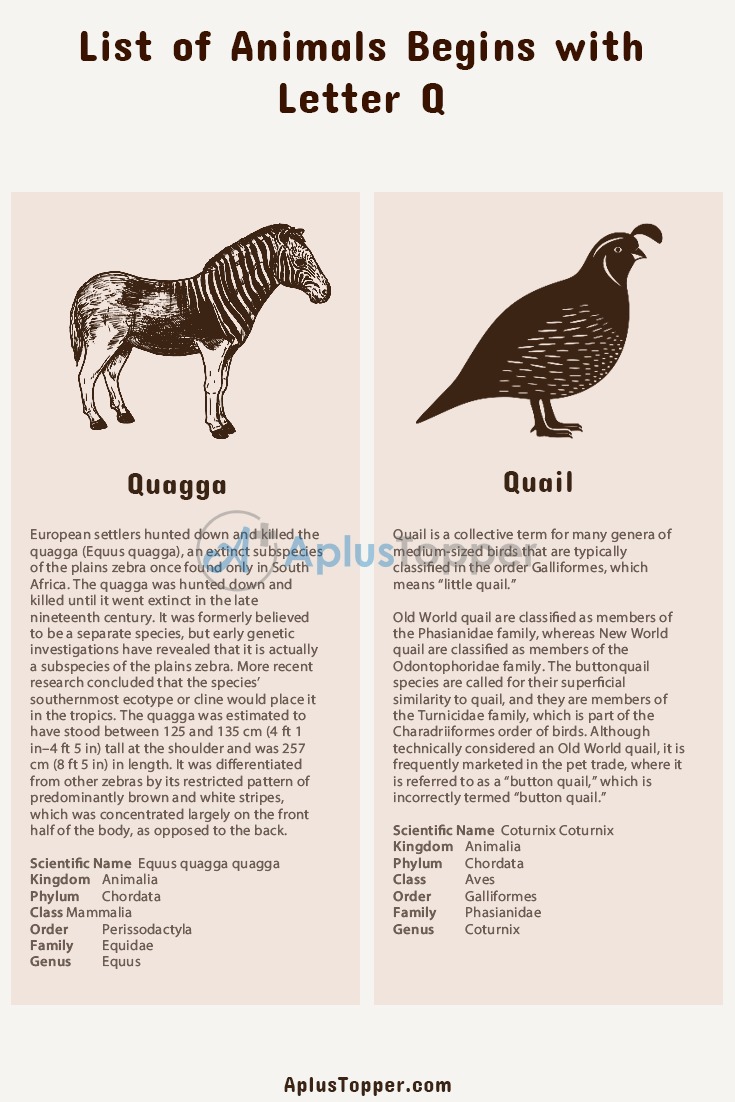 Quetzals are rather large (all over 32 cm or 13 inches in length), making them significantly larger than the other trogon species in the genus Trogonus. The vibrantly coloured quetzal is the national bird of Guatemala, and it is known as the “Quetzal of the Rainbow.” Quetzals are distinguished by their iridescent green or golden-green wing coverts, breast, head, and back, as well as their bright red belly. They exhibit significant sexual dimorphism, with portions of the females’ plumage being brown or grey. These primarily solitary birds subsist mainly on fruits, berries, insects, and other small animals, which they catch alone (such as frogs). Despite their well-known brilliant plumage, they can be difficult to spot in their natural forested surroundings, especially at night.

Quokkas may be found on a number of smaller islands near Western Australia, including Rottnest Island, which is close off the coast of Perth, and Bald Island, which is near Albany. Between Perth and Albany, isolated and dispersed populations of the species can be found in woodland and coastal heath. They coexist alongside the highly endangered Gilbert’s potoroo, a protected Channel Members Bay Nature Reserve section. A tiny colony has established itself in a protected portion of the reserve.

Quolls are marsupials that are endemic to New Guinea and Australia and eat carnivorous plants. They are generally nocturnal, and they spend the majority of their time in their den. Their fur is brown or black, and their noses are pink. They spend most of their time alone. However, they do congregate for a few social interactions, such as mating, which takes place during the winter season. An average female may have up to 18 pups at a time, but only six of them will survive since she only possesses six teats with which to provide them with nourishment.

Quolls prey on tiny birds, smaller animals, insects, and lizards, among other things. 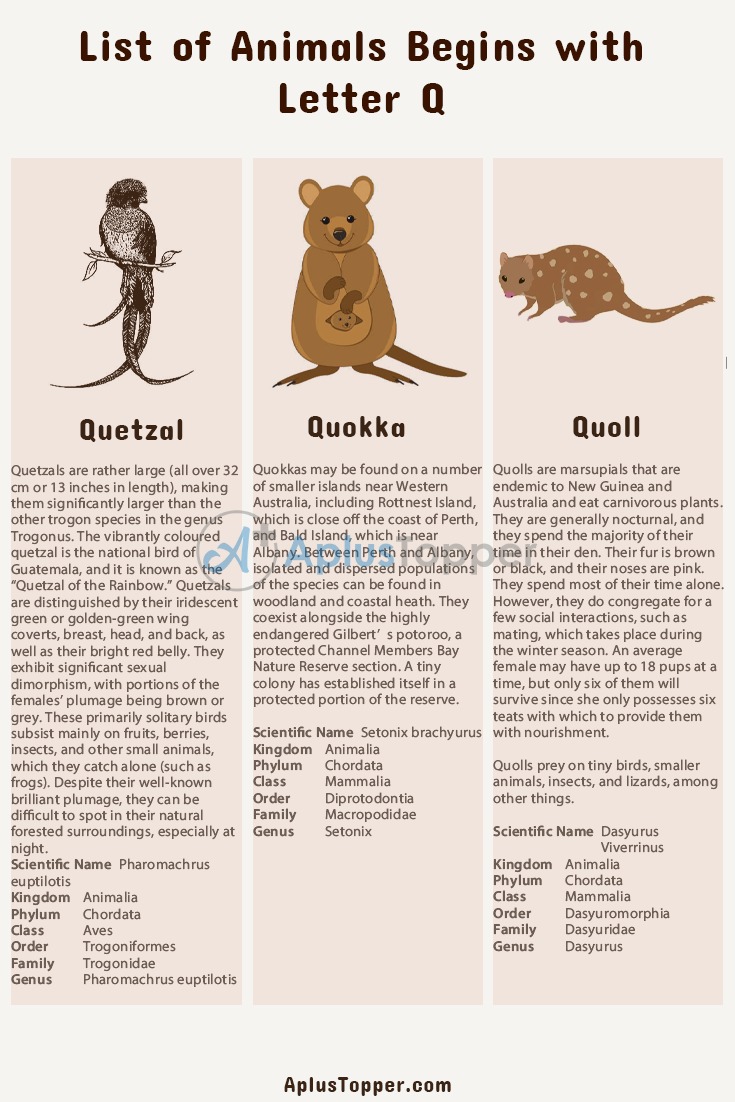