Ambition Essay: Fling away ambition, by that sin the angels fell. How then can man, the image of his Maker, hope to win by it. -Shakespeare

Ambition is not a weakness, unless it is disproportioned to the capacity. To have more ambition than ability is to be at once weak and unhappy. -G.S. Hillard

Long and Short Essays on Ambition and Students in English

Below we have given a long essay on Ambition of 500 words is helpful for classes 7, 8, 9 and 10 and Competitive Exam Aspirants. This long essay on the topic is suitable for students of class 7 to class 10, and also for competitive exam aspirants.

The word ambition means a strong desire to be successful. The above two quotations clarify that it is up to us to be successful and happy or be defeated and suffering. It is by attempting to reach the top at a single leap that so much misery is caused in the world. The responsibility of proportion or disproportion lies with the pursuer, only he or she is answerable to, of the effect, he or she has been able to produce – It may be hell or heaven. It all depends on whether the pursuer is ruling the ambition, or the ambition has. become his master, that is, who is the slave and who is the slave driver.

Ambition is a call to keep the ambitious person on his right track and go on relentlessly towards the pursuit of his goal. During the pursuit, one has to take care how one achieves one’s aim without making others suffer. If the ambition is not curbed and controlled, it brings only ruin – sooner or later. The history of mankind is full of such examples. If we begin with mythology, the story of two demons Shumbh and Nishumbh, punished by goddess Durga is known to everyone. The example of Hazrat Mansoor is at least known to historians and religious men. He was very proud of his learning and devotion. He used to say ‘Analhaq’, which means ‘I am God’, the ruler of the universe. In the end, he was destroyed by the rage of God. Alexander, the great, wanted to rule the world but could not. Napoleon with the same ambition, conquered many places but in the end had to spend his last days in exile in an isolated island.

Hitler, in his ambition to conquer the world and create a pure Aryan race brought havoc in the world, and murdered millions of Jews in his various concentration camps. What happened in the end? He was defeated by allied forces and was compelled to commit suicide to avoid captures and humiliation.

Today the whole world is in the grip of terror, because of every day incidents of terrorism all over the world. Fanatics and maniacs, in the name of Zehad and Islam are killing innocent children, women and men. The ambition for power and money is the reason. Arson, killings and frequent bomb blasts have become every day’s news.

When ambition is controlled and lead in a positive way, miracles have been achieved in every sphere of life. People have reached the top without trampling and terrorizing others. Such people have given the message of peace, humanity, love, compassion, charity and honesty. They are the hall marks of history, past and present. It does not mean that they had no ambition, but their aim was to reach the goal without trying to dominate or destroy anyone else. Mahatma Gandhi’s ambition was to free his country without using violence and history is the witness of his achievement. Thousands of people benefited by his efforts and India broke her shackles of slavery. Albert Einstein, C.V. Raman, A.P.J. Kalam, the missile man and many other scientists made the world richer by their gifts of inventions.

Yuri Gagarin, the first space traveller, Neil Armstrong, the first man to step on moon, in the real sense of the word fulfilled their ambition and made the world proud of them. Vikram Sarabhai and Yashpal Sharma are the names known to everyone who knows something about space.

Columbus, Vascodigama, Tensigh and others were the pillars of courage and thus they made a name in the world of adventure. Ravindra Nath Tagore the first Noble prize winner of India gave us the message of truth, honesty and courage.

All these people could not have succeeded if they did not have the ambition to reach their goal but they kept their head. They were not misled by the devilish attraction of power and wealth and the evil desire to rise while pushing others down. 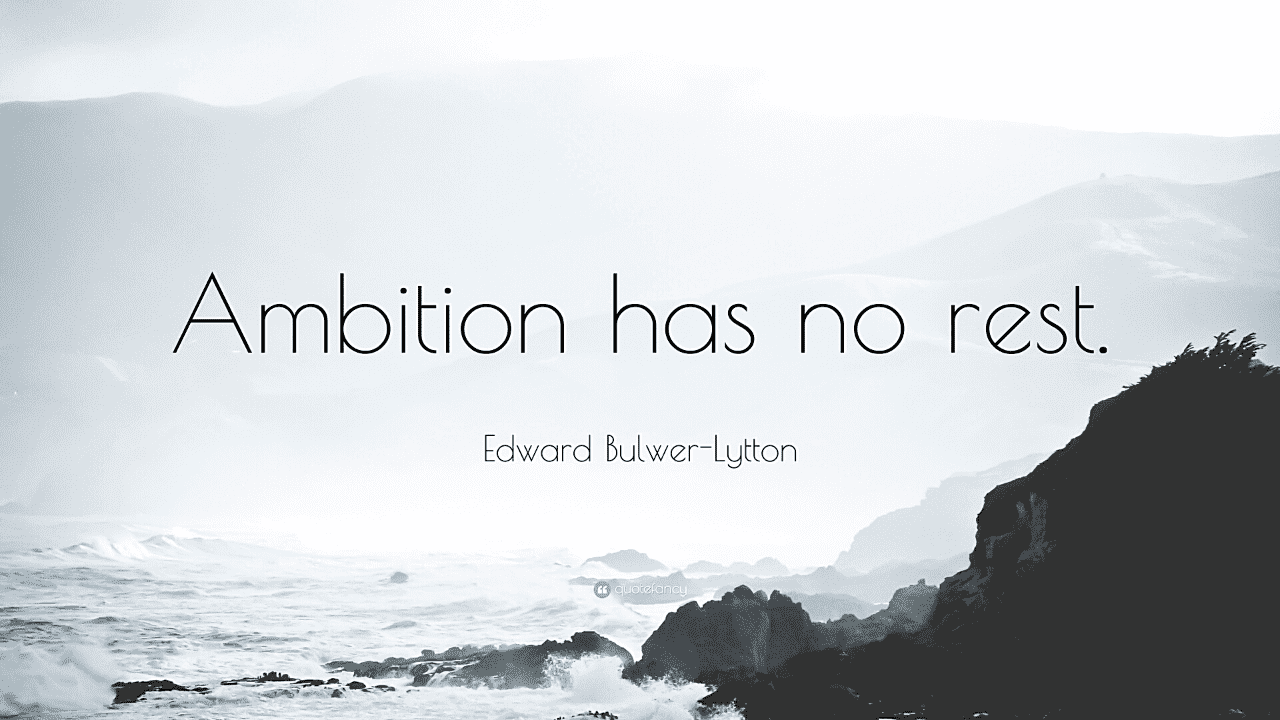 Below we have given a short essay on Ambition is for Classes 1, 2, 3, 4, 5 and 6. This short essay on the topic is suitable for students of class 6 and below.

When ambition is led by greed of power and wealth, selfishness hatred and pride, it is destructive to both the pursuer and his fellow human beings. When it is lead by noble virtues of truth honesty, compassion and humanity it has the power to generate miracles and naturally mankind has benefited from them.

Ambition is not a weakness unless it is disproportioned to the capacity. Ambition is so powerful a passion, that however high we reach we are never satisfied and this very dissatisfaction if moulded and proportioned in a proper way, enables the pursuer to attain new heights and to have love and respect from his fellow beings.