Advantages and Disadvantages of Wind Energy: Wind power is a clean and green energy source that is healthy, affordable, and conveniently abundant. Wind farms capture the wind’s energy and turn it into electricity each day everywhere around the globe. Wind power generation is becoming particularly important in running our planet — in a clean, responsible fashion.

Then how does wind energy come into being? Wind turbines enable us to leverage the wind’s power and convert it into electrical energy. When the wind is blowing, the blades of the turbine turn clockwise direction, generating energy. This permits the wind turbine’s primary shaft to turn, which is coupled to a gearbox within the nacelle. The wind energy is processed to electricity by the gearbox, which transmits it to the generator. The power is then sent via a transformer, where the voltage levels are modified to meet the grid.

Everything that moves possesses kinetic energy, and scientists and researchers are leveraging the wind’s kinetic energy to generate electricity. Wind energy, also widely known as wind power, is manufactured by employing a wind turbine, which is a structure that captures the strength of the wind to create power.

The wind propels the turbine’s blades, which are joined to a rotor. The rotor then spins a generator, which generates electricity.

Once manufactured, power can be consumed, linked to the electrical grid, or store for future consumption. 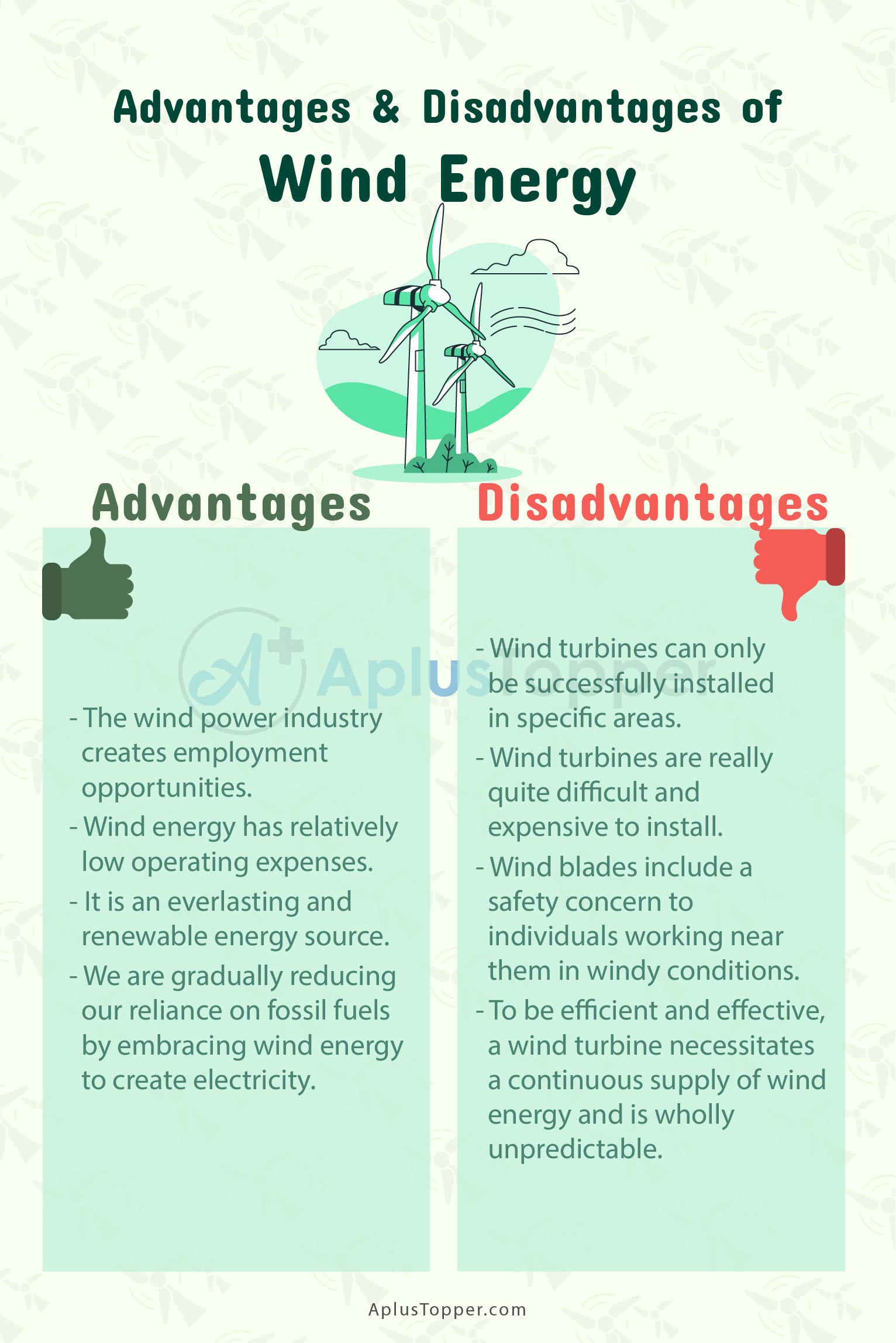 When we speak about wind energy, we’re talking about the power that is green, inexhaustible, cost-effective and has a negligible impact on the ecosystem. Let us go through some of the most significant advantages of wind energy. 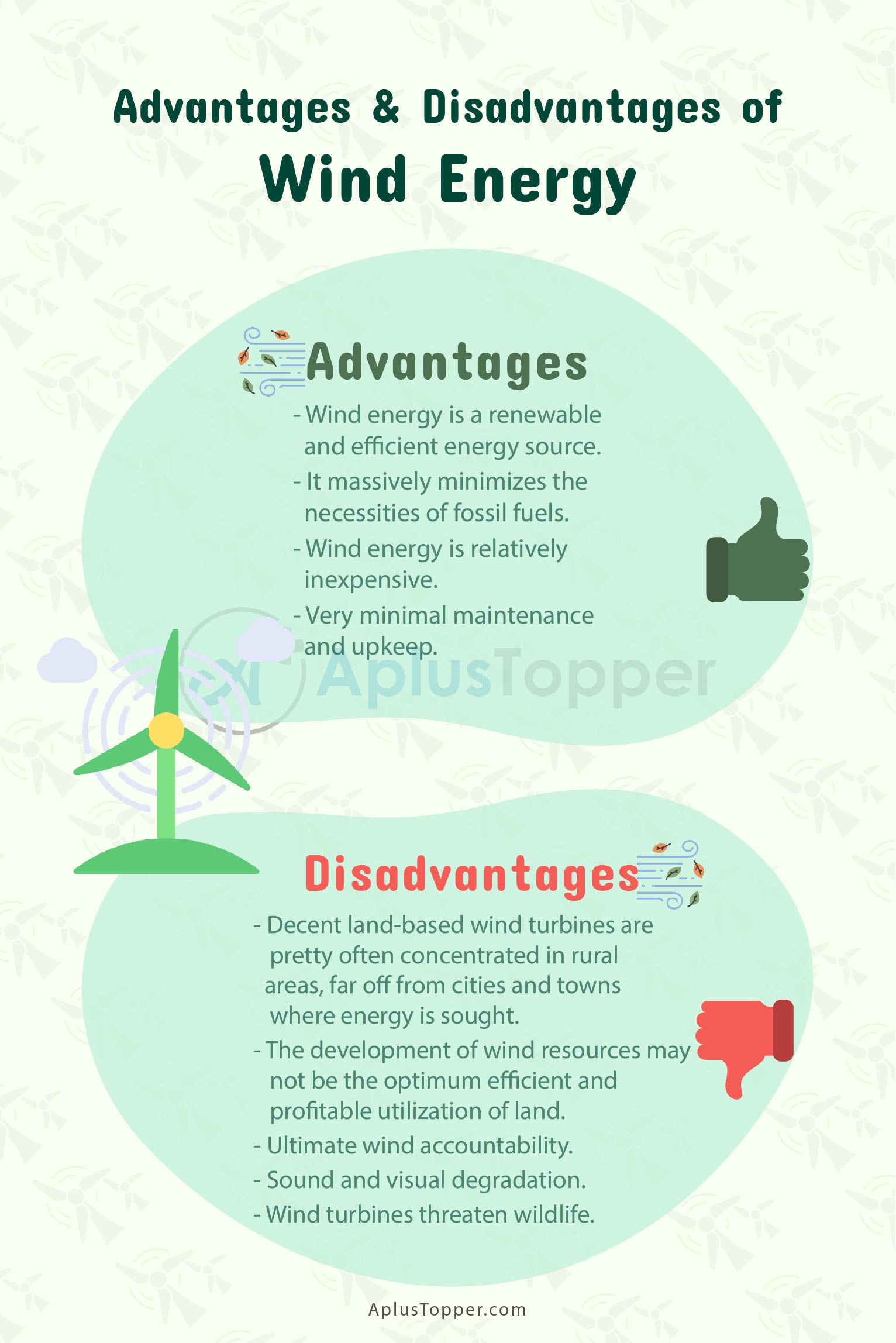 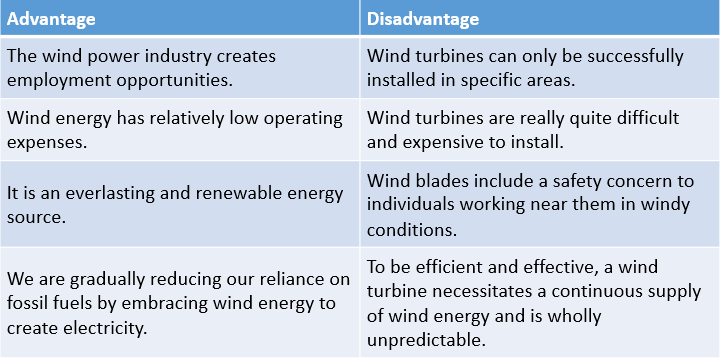 Question 1.
What is the best place to put wind turbines?

Answer:
A reasonable quantity of wind energy is essential for a wind turbine to be functional. As a response, wind turbines should be constructed on top of hillsides or at sea. There are fewer topographical restrictions to restrict wind force in these settings.

Question 2.
What recommendations can be made to lessen noise pollution caused by wind turbines?

Answer:
Wind turbines produce large amounts of loud noise, which is one of their primary drawbacks. Depending on the wind orientation, you can hear them from hundreds of kilometers away every now and then. When several wind turbines are coupled with the appropriate wind direction, the acoustic repercussions might be markedly larger. This is among the most serious implications of wind energy.

The most practical and effective solution is to build them far away from urban areas so that the constant noise does not disturb the peace of the people in the community.

Question 3.
What implications do wind turbines have on people’s safety?

Answer:
During a strong storm, the wind turbine’s blades may be severely damaged and topple. This can cause detrimental effects to individuals working in close proximity. Wind turbines can malfunction for a variety of causes and drop on humans, inflicting major fatal accidents and, in extreme cases, even death.