Advantages and Disadvantages of Railways: Railways are by far one of the most important means of transportation in today’s world. The first-ever railway line was constructed between Thane and Mumbai, which was almost a 22-mile stretch. In the beginning, the operation of railways was solely done by several private companies owned by numerous Englishmen. But in the year 1950, this ownership was transferred to the Government of India.

What are Railways? Advantages and Disadvantages of Railways 2021

For any country, the transportation of various goods takes place through various means, including air, road, and railways. However, among all of these, it is the railway system that has gained maximum popularity. Railways mean transporting various goods utilizing train, from one spot to the other. It is a vehicle that only runs on tracks and can transport huge loads within a short period. It is one of the safest transport systems on land.

There are numerous advantages to railways as a means of the transportation system. They are listed as follows: 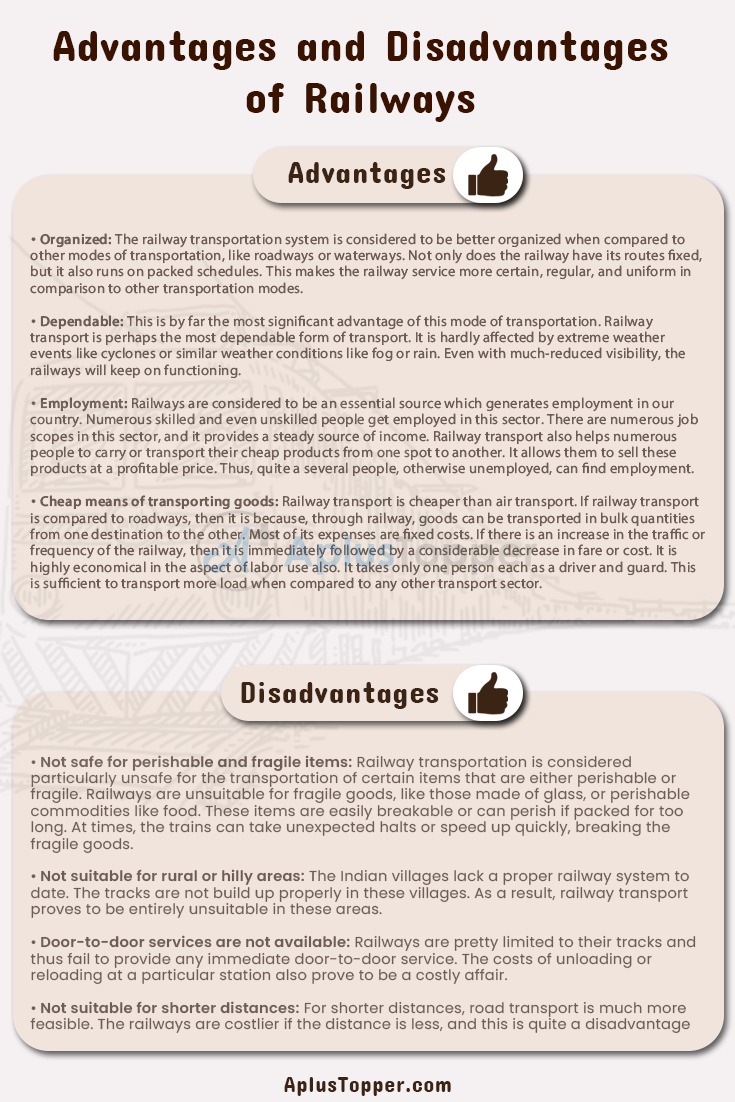 There is hardly any doubt that railways are quite the backbone of the transport system in our country. However, the opposite side of the railway coin is that there are quite some disadvantages to it. These are listed as follows: 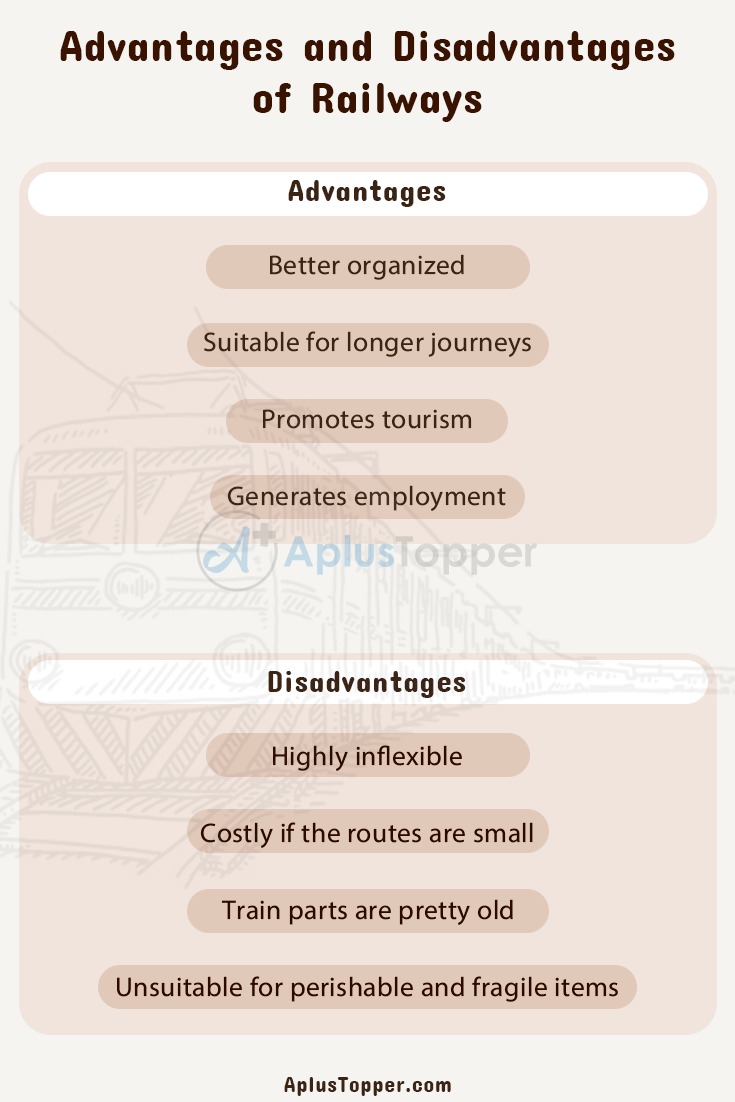 FAQ’s on Pros & Cons of Railways

Question 1.
What type of items can be transported through railways?

Question 2.
What are some types of railways?

Answer:
There are a few types of rail transport. Some of them are rapid transit railways, which are high-speed railways. Then there is the light rail, which can also be very light or ultra-light rail. There are elevated railways, commuter railways, and cable railways too.

Question 3.
Why are railways not suitable for hilly areas?

Answer:
The main reason for hilly areas not having much railway system is the topography of the mountains. The uneven terrain and rough topography make the construction and maintenance of hilly regions difficult.