One day, as I was returning from the playground, I saw a house on fire on the way. I rushed towards the burning house. When I reached there, I saw many people outside the house. Some of them were pouring buckets of water on the fire while others were throwing sand and dust. It was a horrible sight. 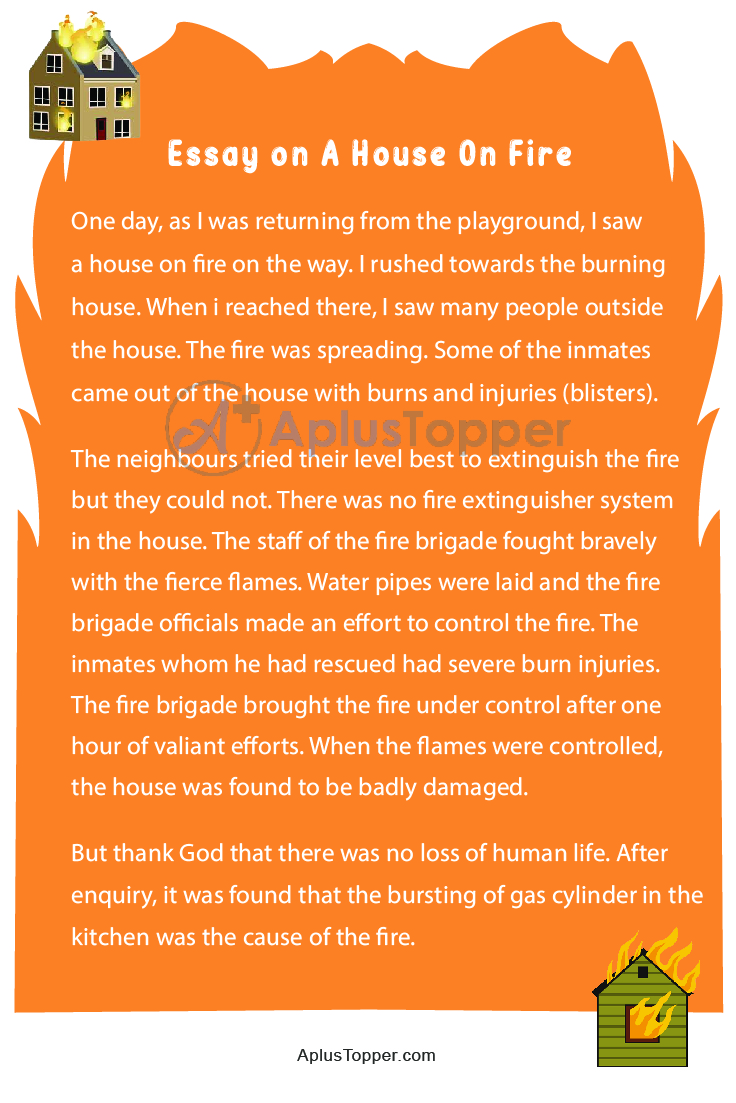 Meanwhile, the fire brigade arrived. The neighbours tried their level best to extinguish the fire but they could not. There was no fire extinguisher system in the house. The staff of the fire brigade fought bravely with the fierce flames. Water pipes were laid and the fire brigade officials made an effort to control the fire. One of the officials set a staircase that led to the windows of the upper storey. He took a great risk. He brought out the inmates and came down through the stairs amidst flames. The moment he got down along with two inmates, he fell down unconscious. The inmates whom he had rescued had severe burn injuries. They were immediately rushed to the nearest hospital in a serious condition.

The fire did great damage to the house. Clothes, furniture and other valuable articles were reduced to ashes. The fire brigade brought the fire under control after one hour of valiant efforts. When the flames were controlled, the house was found to be badly damaged. All the wooden materials were reduced to ashes. The kitchen, from where the fire had started, presented a dismal picture. The dining room, the drawing room and the store were badly damaged too.

But thank God that there was no loss of human life. After enquiry, it was found that the bursting of gas cylinder in the kitchen was the cause of the fire.