November 1 observes the annual celebration of World Vegan Day. It celebrates the strides of making towards eliminating unnecessary cruelty to animals. It urges people to live based on meat- substitutes so that they can embrace their idealism without giving up the best of what was left behind. 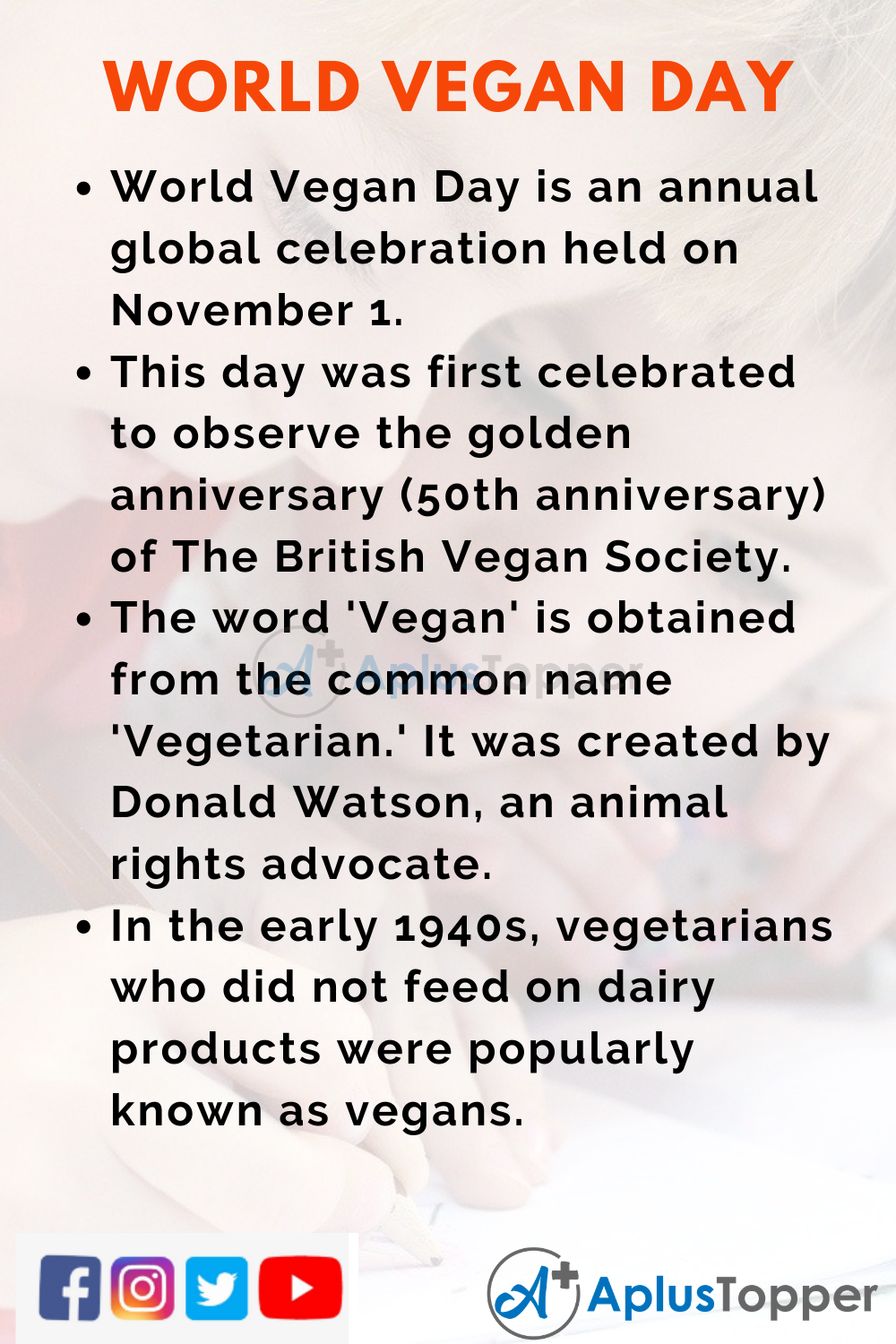 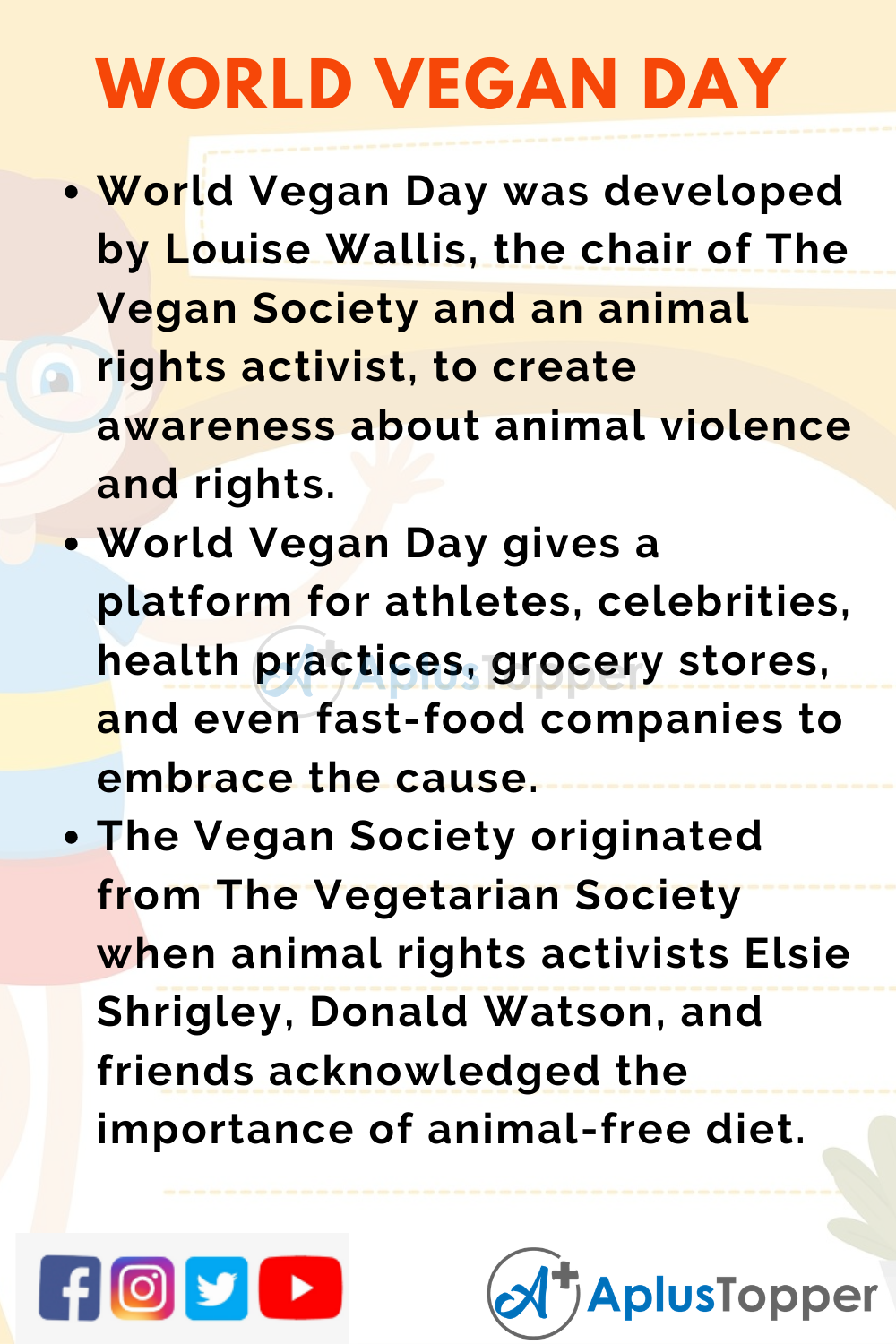 Question 1.
What is a vegan diet?

Answer:
A vegan diet is mainly a plant-based diet that benefits health through its high fiber and low cholesterol content.

Question 2.
Which day is observed as World Vegan Day?

Answer:
It signifies the strides of coming forward in eliminating the unnecessary cruelty done to animals. World Vegan Day is a platform that urges people to live based on meat- substitutes.

Question 4.
Who developed World Vegan Day created, and why?

Answer:
Louise Wallis developed world Vegan Day. He was the chairperson of The Vegan Society and an enthusiastic animal rights activist. The platform was initiated to create awareness about animal violence and rights.