10 Lines on World Toilet Day: India is a country with a population of 135 crore people and according to a rough estimate, more than 65% of the population does not have proper sanitation system. This is a serious problem not just in India but many third world countries in Africa, Europe and Asia.

World toilet day is a day that the United Nations observes on the 19th of November for various reasons that we are going to discuss below. 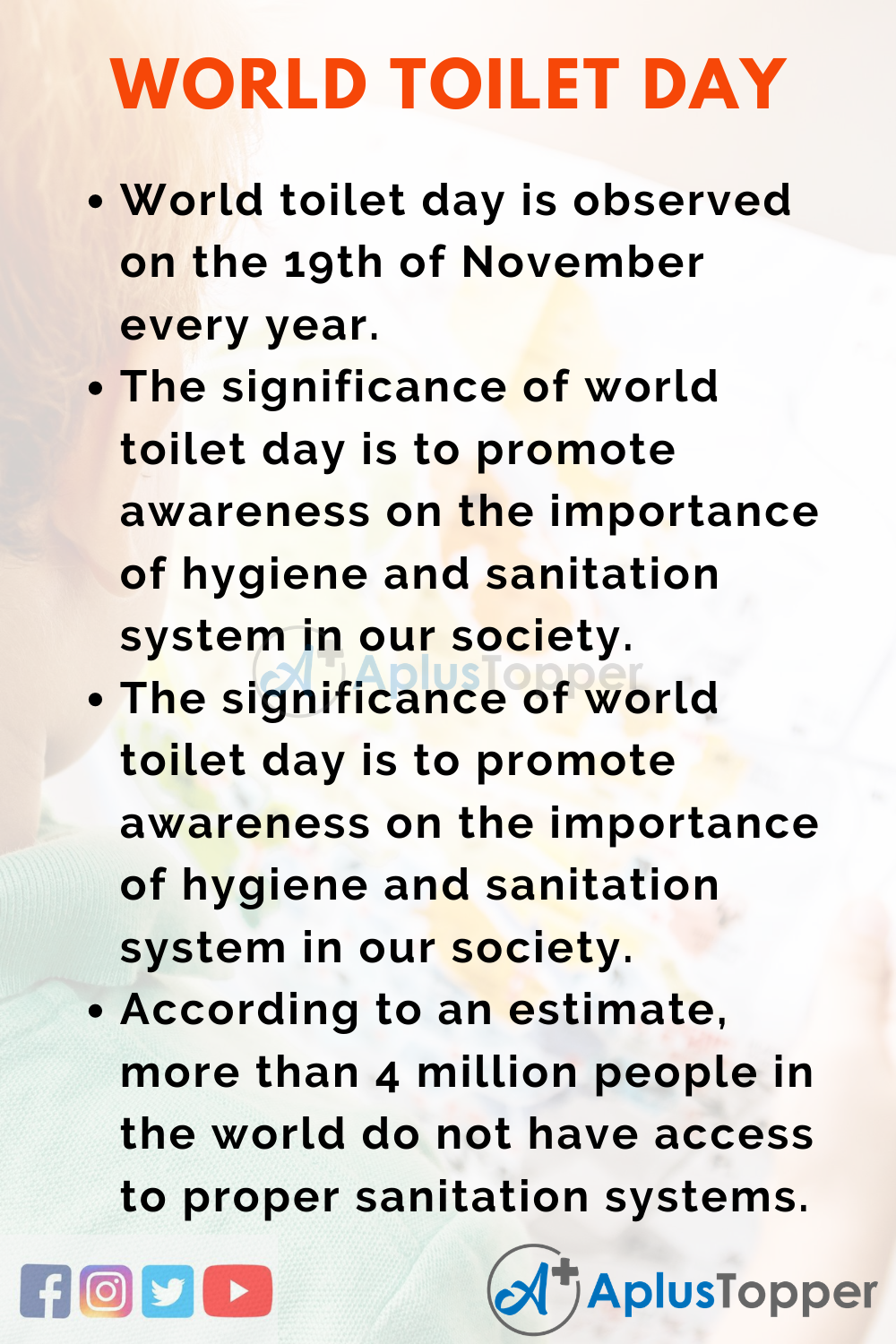 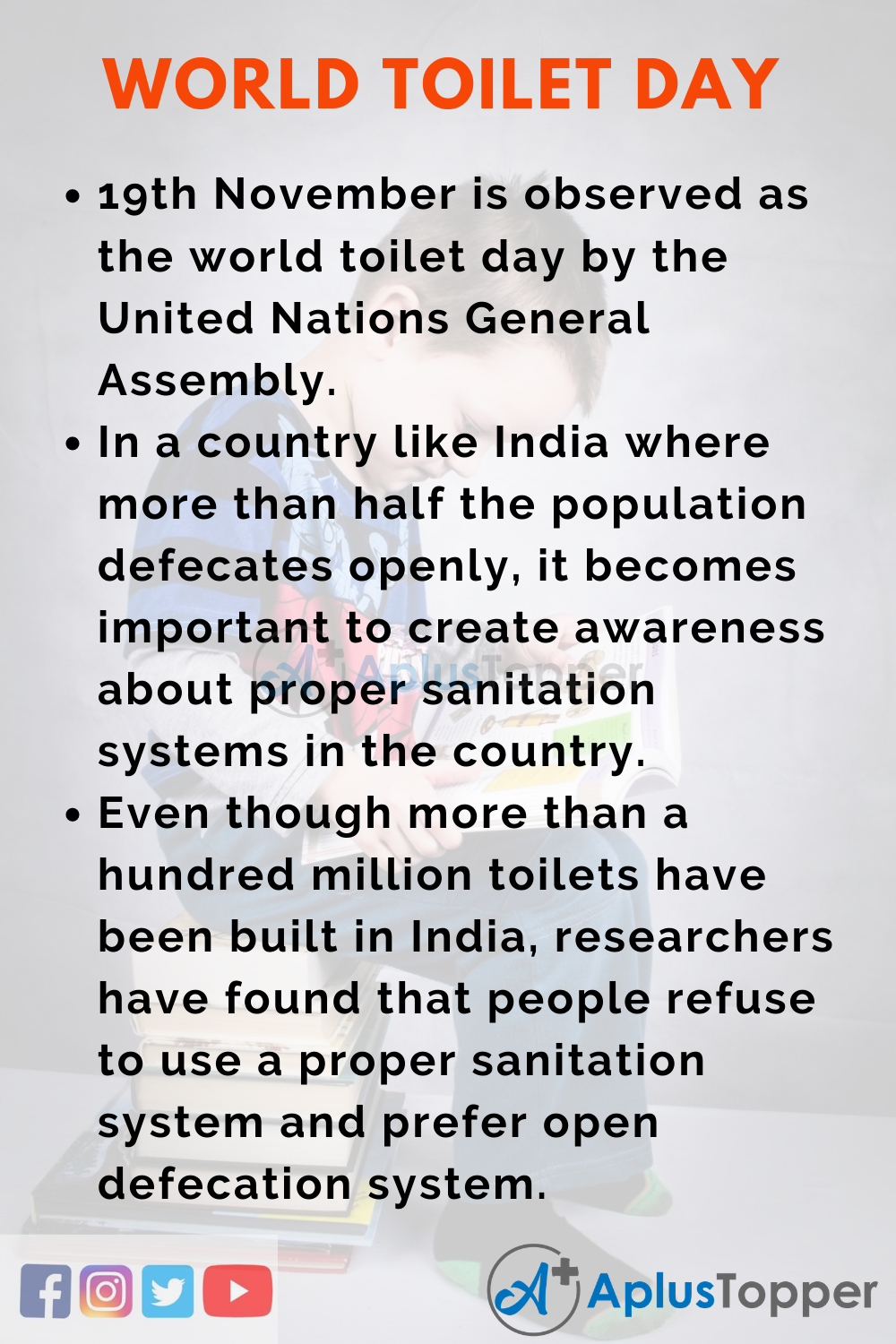 Question 1.
When is the world toilet day observed?

Answer:
World toilet day is observed on the 19th of November every year by the United Nations General Assembly

Question 2.
What is the significance of the world toilet day?

Answer:
World toilet day is observed to create awareness among the people and the governments about the adversities of open defecation.

Question 3.
When was world toilet day observed for the first time?

Question 4.
What is swachh Bharat Abhiyan?

Answer:
Swachh Bharat Abhiyan is a campaign launched by Prime Minister of India Narendra Modi to build proper sanitation systems in rural parts of the country which aims to be accessible to everyone.