10 Lines on World TB day: Every year we memorialize world TB day, as it raises the public awareness of TB most effectively. TB is an infection that causes the problem to the lungs of the body. Bacteria called mycobacterium is responsible for it. When the bacteria attack your lungs, it can further spread to other parts of the body which include the brain and spine. 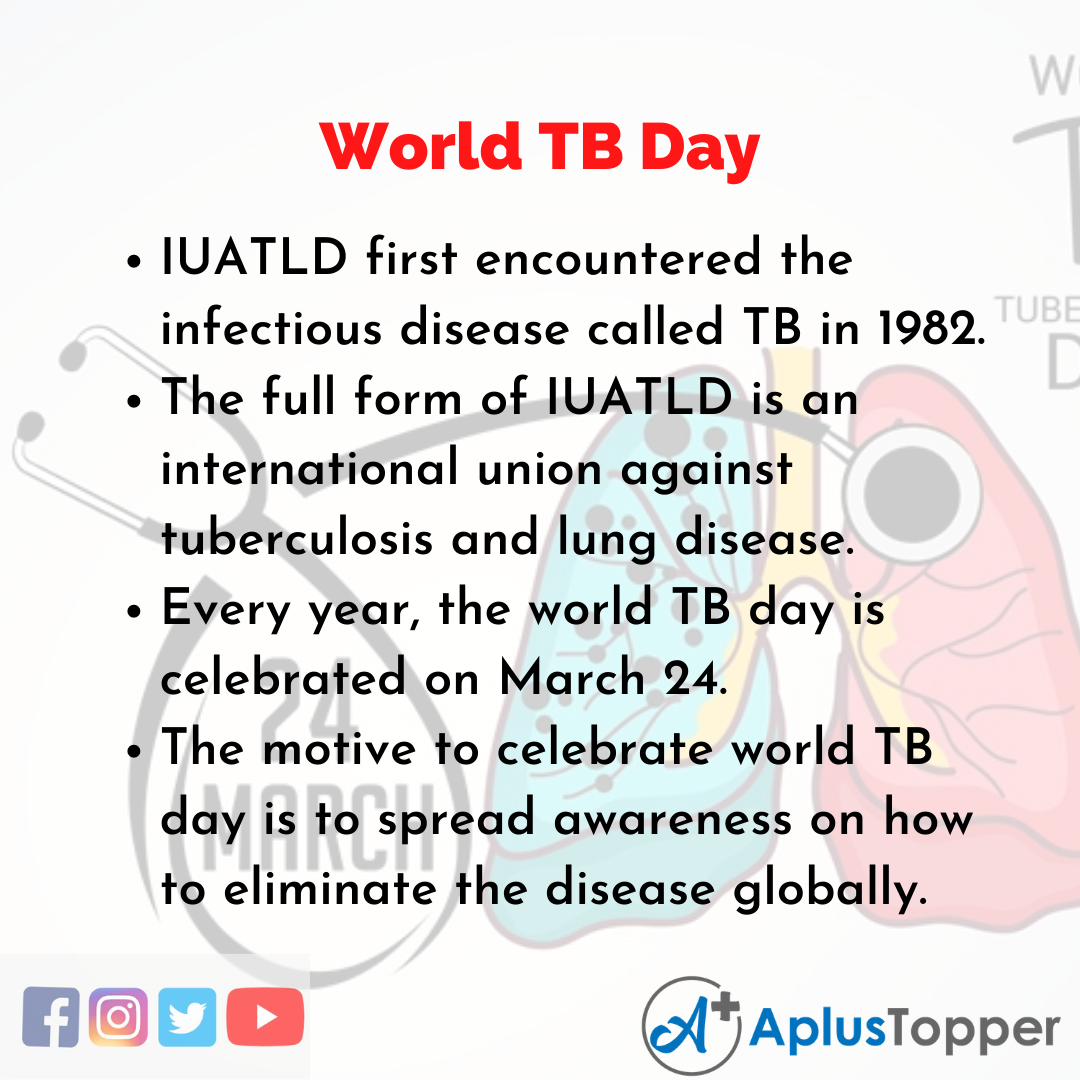 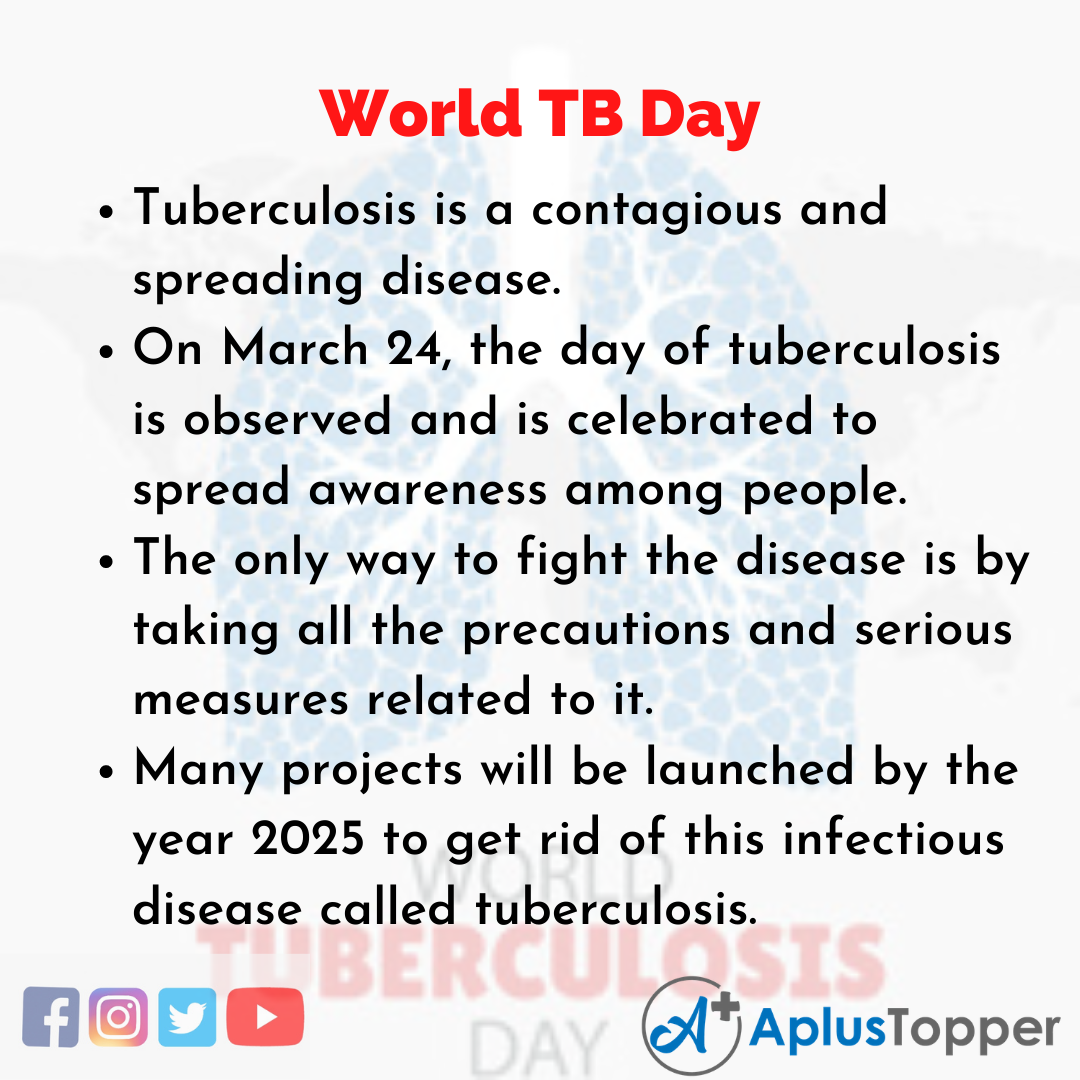 Question 1.
What is tuberculosis?

Question 2.
Why is the world TB day celebrated?

Answer:
It is celebrated to spread awareness about how it can be treated and what protective measures should be taken to eliminate it.

Question 3.
What are the signs and symptoms of TB?

Answer:
the signs and symptoms usually include cough, cold, Chest pain and feeling tired—loss of appetite in some cases.