10 Lines on World Ocean Day: We don’t need to introduce the meaning of the word ocean, do we? The ocean is another world in itself with organisms and beings we don’t even know. But we do know that it produces half of the  world’s oxygen and stores 50 times more carbon dioxide than our atmosphere. From Recreational activities to employment on the Ocean Economy, the ocean gives us a world of new opportunities. So, there is a day especially in its honor, the ‘world ocean day’. Let’s see what world ocean day really is and how we can contribute to it! 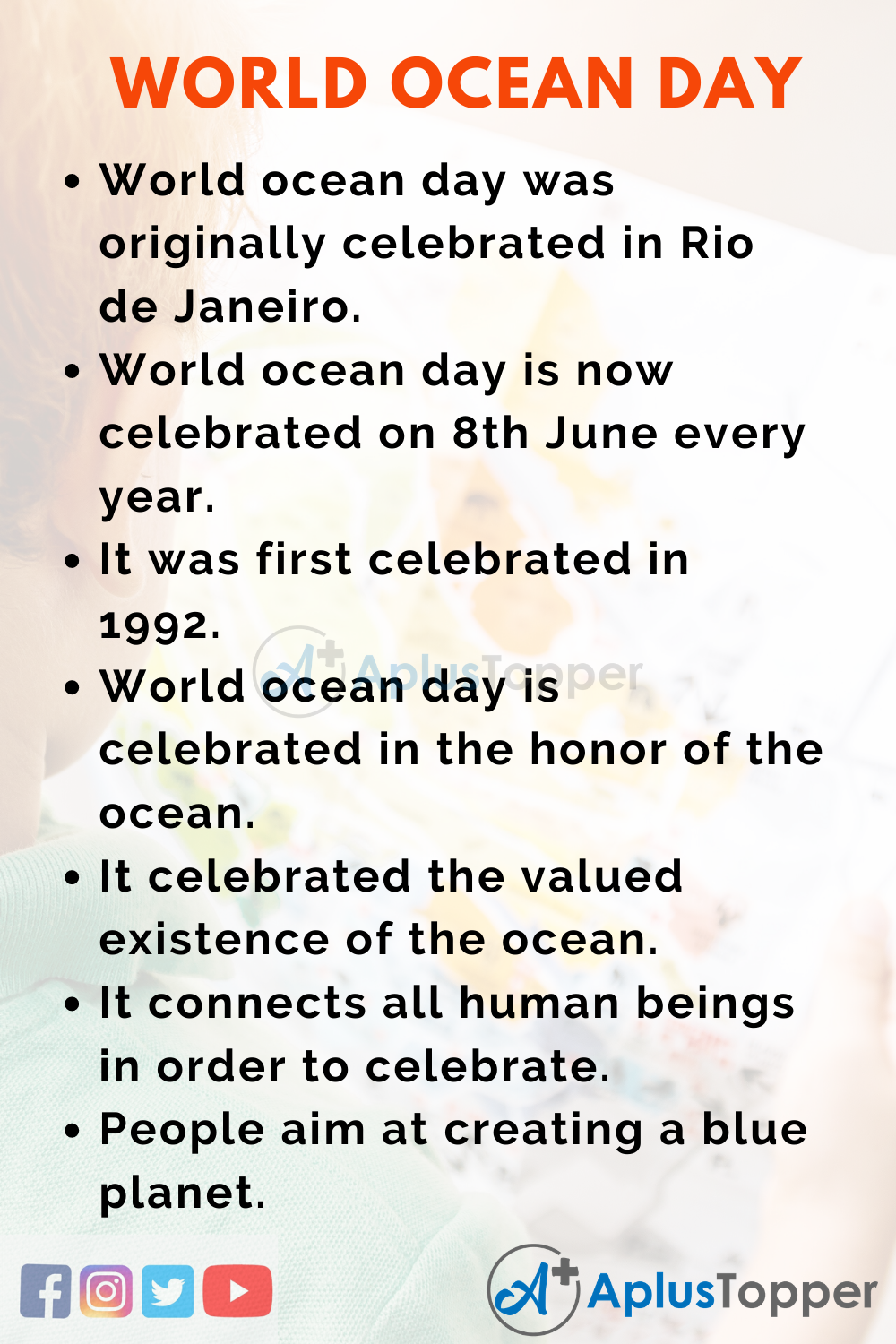 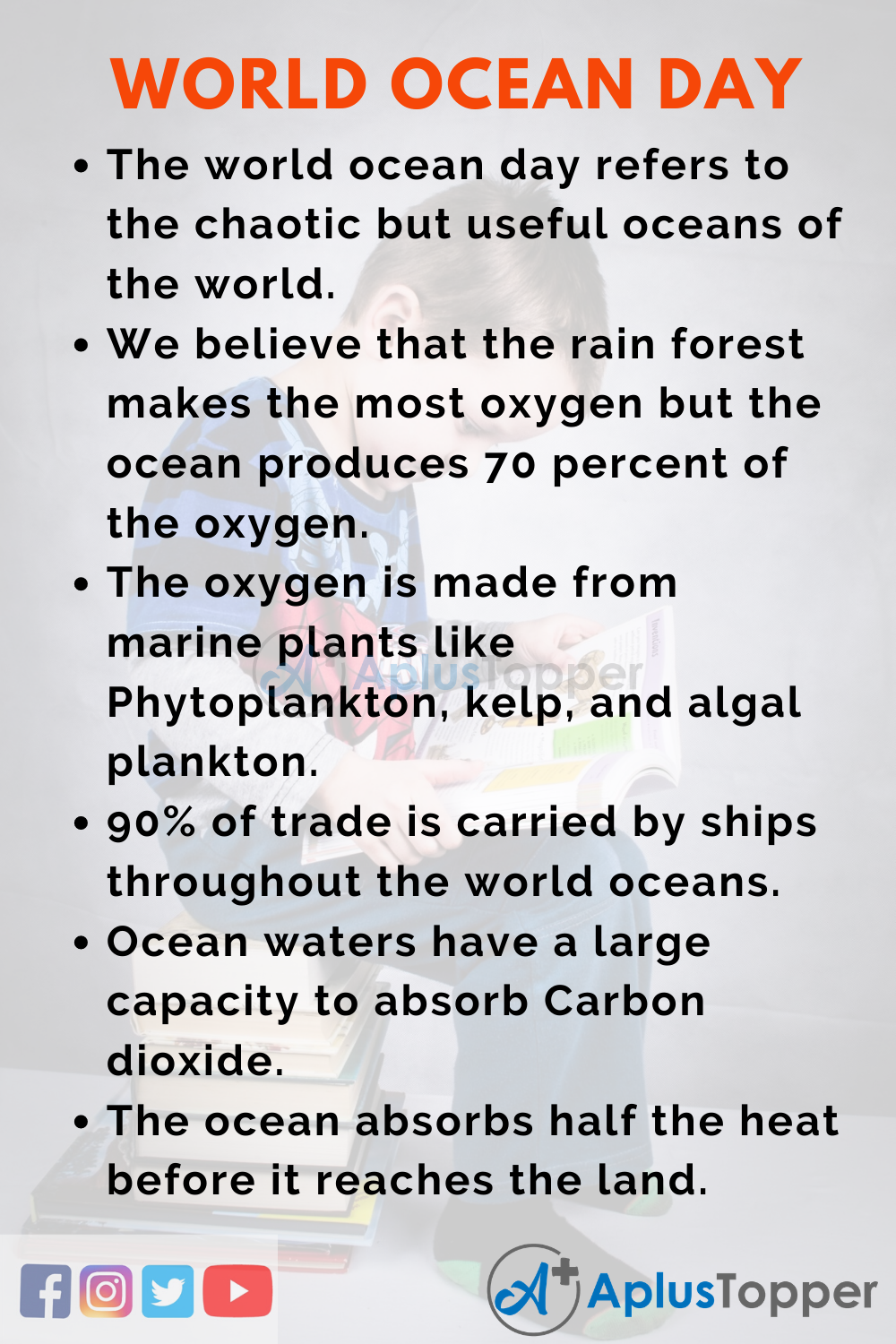 Answer:
The world ocean day was first celebrated in 1992 in Rio de Janeiro with the support of the Canadian Government and UN-recognized it officially in 2008 when it started supporting the oceans as major sustainable development goals.

Question 2.
Which plant produces Oxygen and how much in the ocean?

Answer:
Phytoplankton produces the most oxygen and all marine plants produce 70% of the oxygen.

Question 3.
What is the Blue Planet?

Answer:
As there is lots of water on Earth, it is also called the blue planet.

Question 4.
How much do the oceans cover the earth and how is its density determined?

Answer:
The oceans cover 71% of the earth’s surface and their average depth is 3729 meters and its density is determined by the amount of salt content and temperature.