10 Lines on World Earth Day: Earth is our mother planet. It offers a home to millions of species of plants, humans, and animals. Earth is the only planet that has an atmosphere in the entire solar system. Earth’s atmosphere sustains life and protects it from harmful UV rays and meteorites. It is our planet, and we should take all the necessary steps to maintain the continuity of life. We should participate in volunteering the activities that would make our Earth a sustainable planet for future generations.

World Earth Day is celebrated on the 22nd of April every year. It is to raise the awareness and importance of environmental issues such as pollution, greenhouse gas, climatic conditions, and global warming. World Earth Day inspires millions of people around the world to share ideas about environmental issues. Also, it is to take some concrete action to protect the environment. The aim is to make awareness of the environment, which is crucial for the survival of living beings on Earth. In this article, you can check out some sets of the 10 lines on World Earth Day. 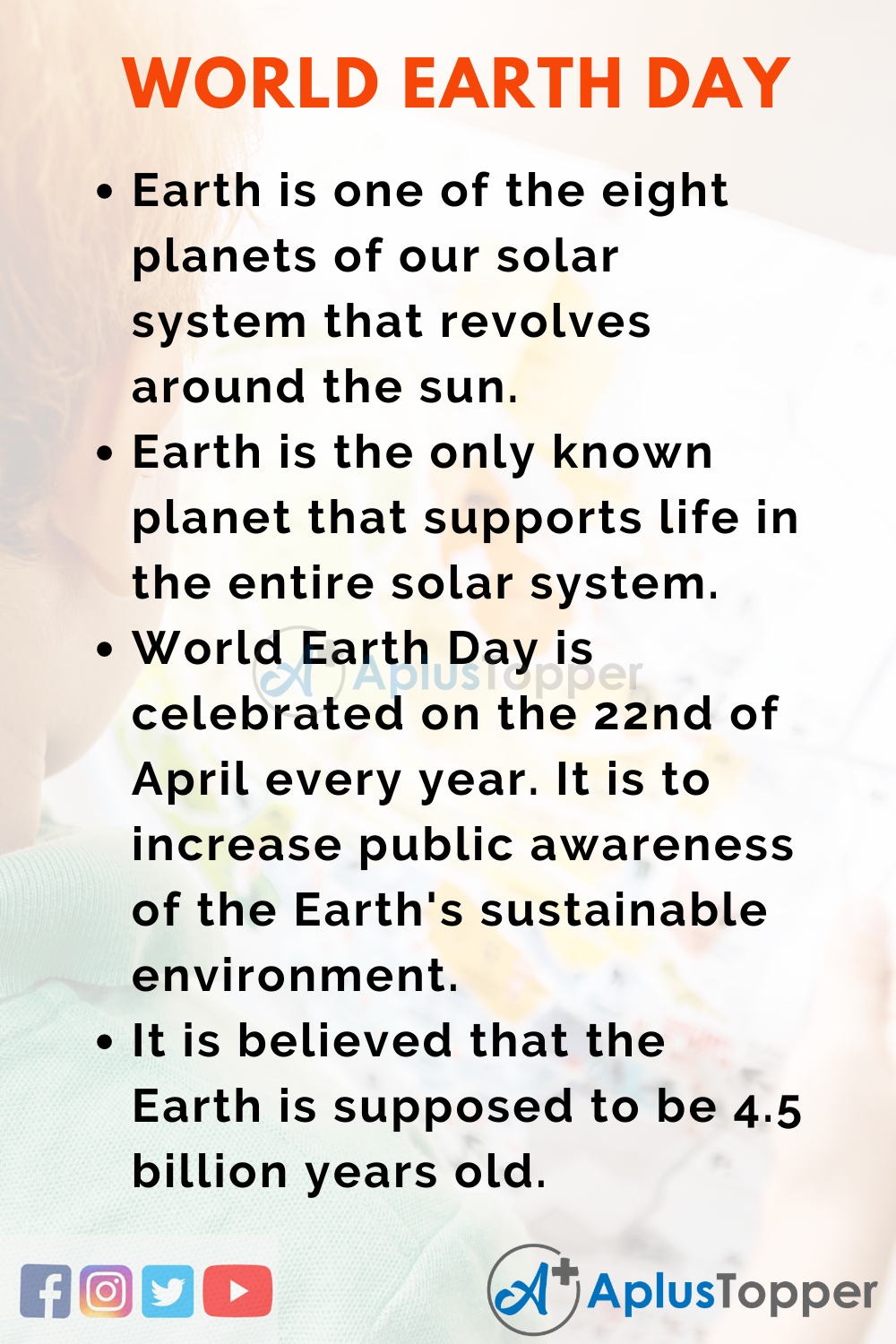 Question 1.
What is the importance of World Earth Day?

Answer:
Earth Day is celebrated on the 22nd of April. It aims to raise awareness among the masses about global warming. It inspires to act towards the protection of the environment.

Answer:
The aim of Earth Day 2020 is climate conditions. It mainly aims at ‘saving our species’

Question 3.
How can we save our mother Earth?

Answer:
Some of the things you can do to help to protect our Earth are:

Question 4.
Who is the father of Earth Day?

Answer:
Gaylord Nelson is popularly known as the father of Earth Day.