10 Lines on World Autism Awareness Day: The world Autism day was observed by United Nations member states to spread awareness about the people who are autistic and have Asperger syndrome. The aim to observe the day was to make society aware of the difficulties faced by people with autism syndrome. The motive is to accept the people with Autism, and the only way to do that is to make people understand spread kindness among each other. The day is also celebrated to honour different and unique creativity or talent in autistic people all around the world. The talents possessed by Autistic people deserve attention and appreciation at the same time. 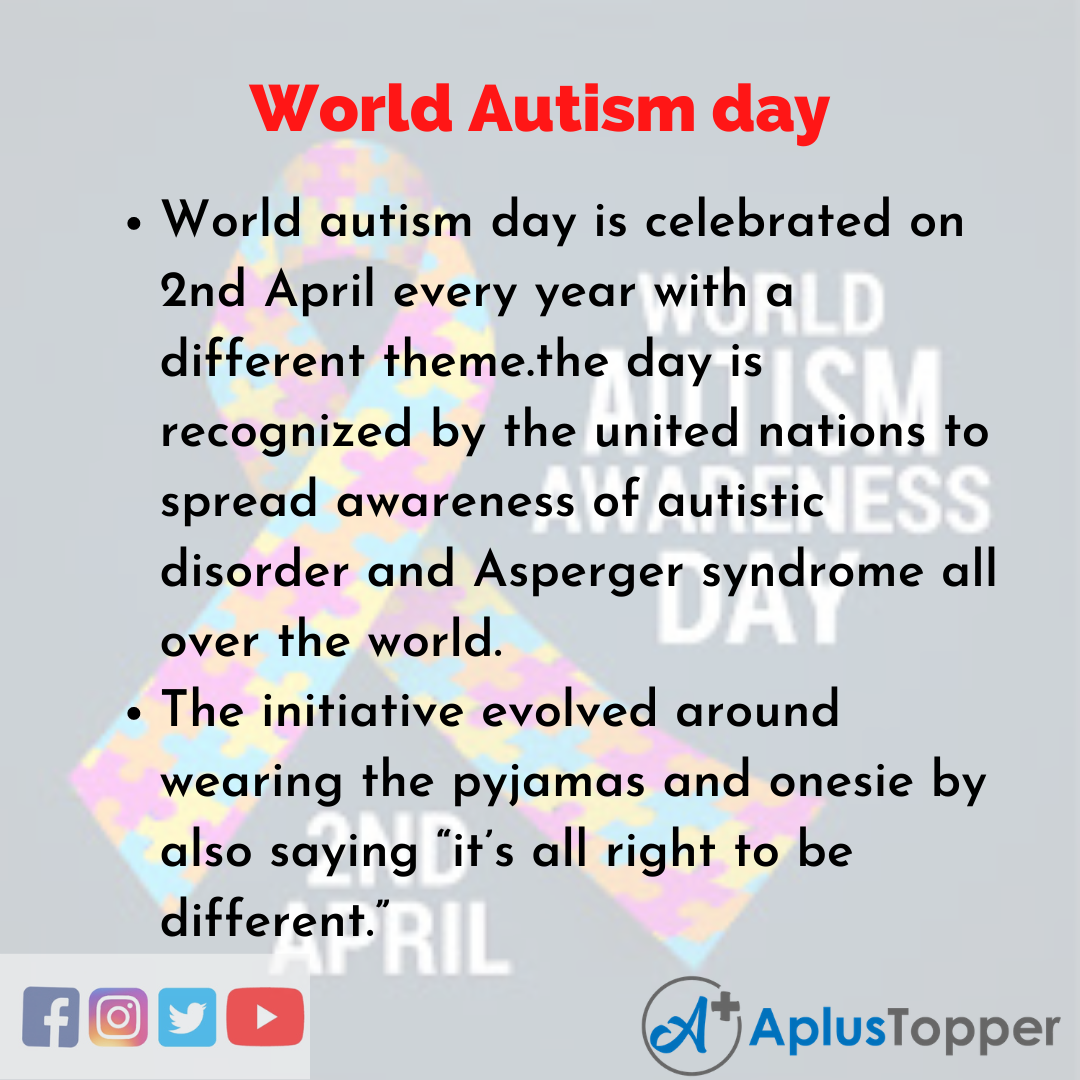 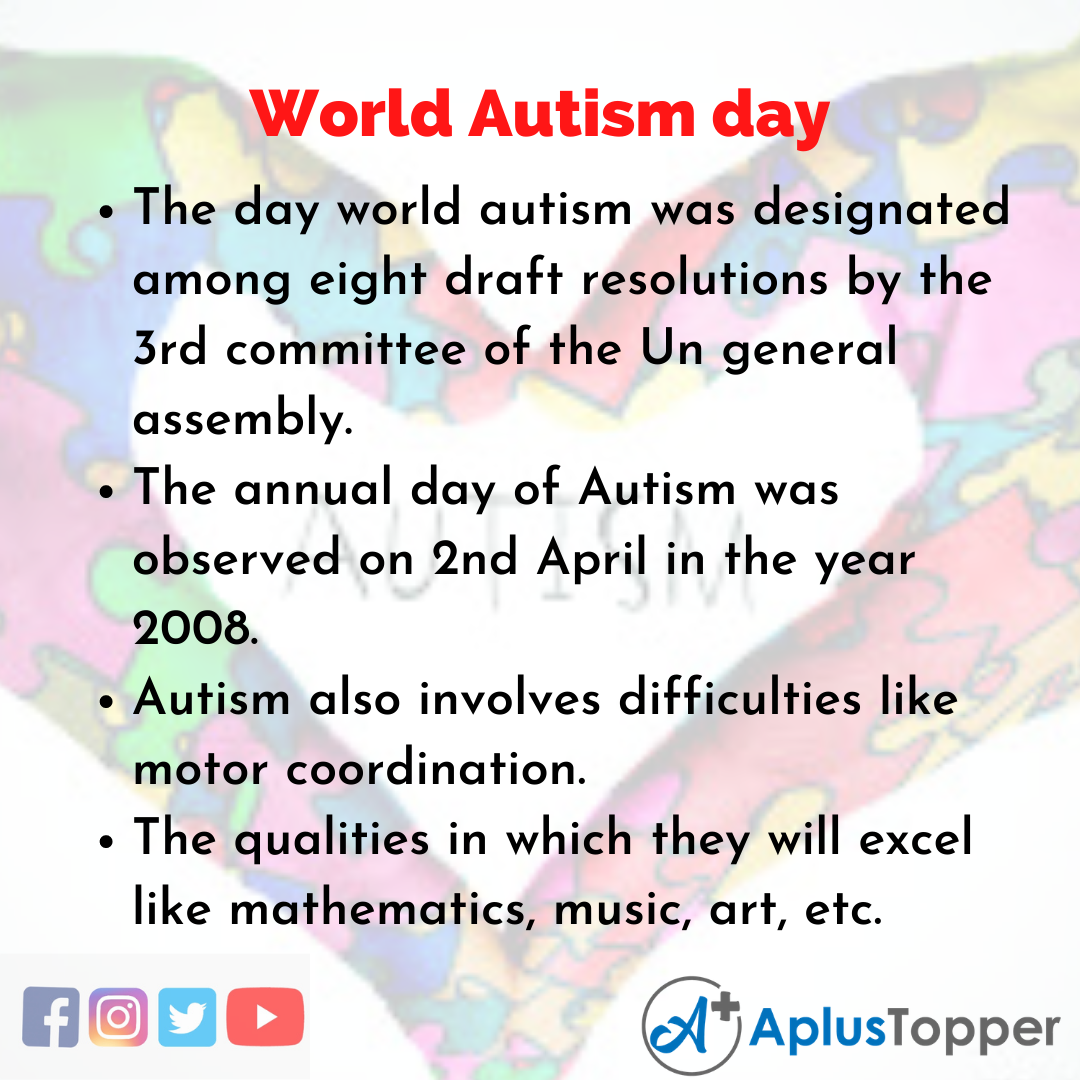 Answer:
The day is celebrated on 2nd April every year with a different theme by the UN.

Question 2.
What ASD stands for?

Question 3.
What is the motive to celebrate world Autism day?

Answer:
World autism day is celebrated to spread acceptance and kindness among people.