10 Lines on World Asthma Day: Asthma has been a silent killer type of disease. Its intensity is directly proportional to the complications it might cause in the body. This lung’s inflammatory disease is long term and deals a lot of damage to the breathing mechanism of the body. It causes air-flow obstructions whose severity is determined by the severity of the disease. The situation gets out of hand with the symptoms increasing during the night or in response to exercises/physical activities. People are suffering from asthma exhibit symptoms like shortness of breath, coughing, wheezing, chest tightness, and difficulty in inhaling. 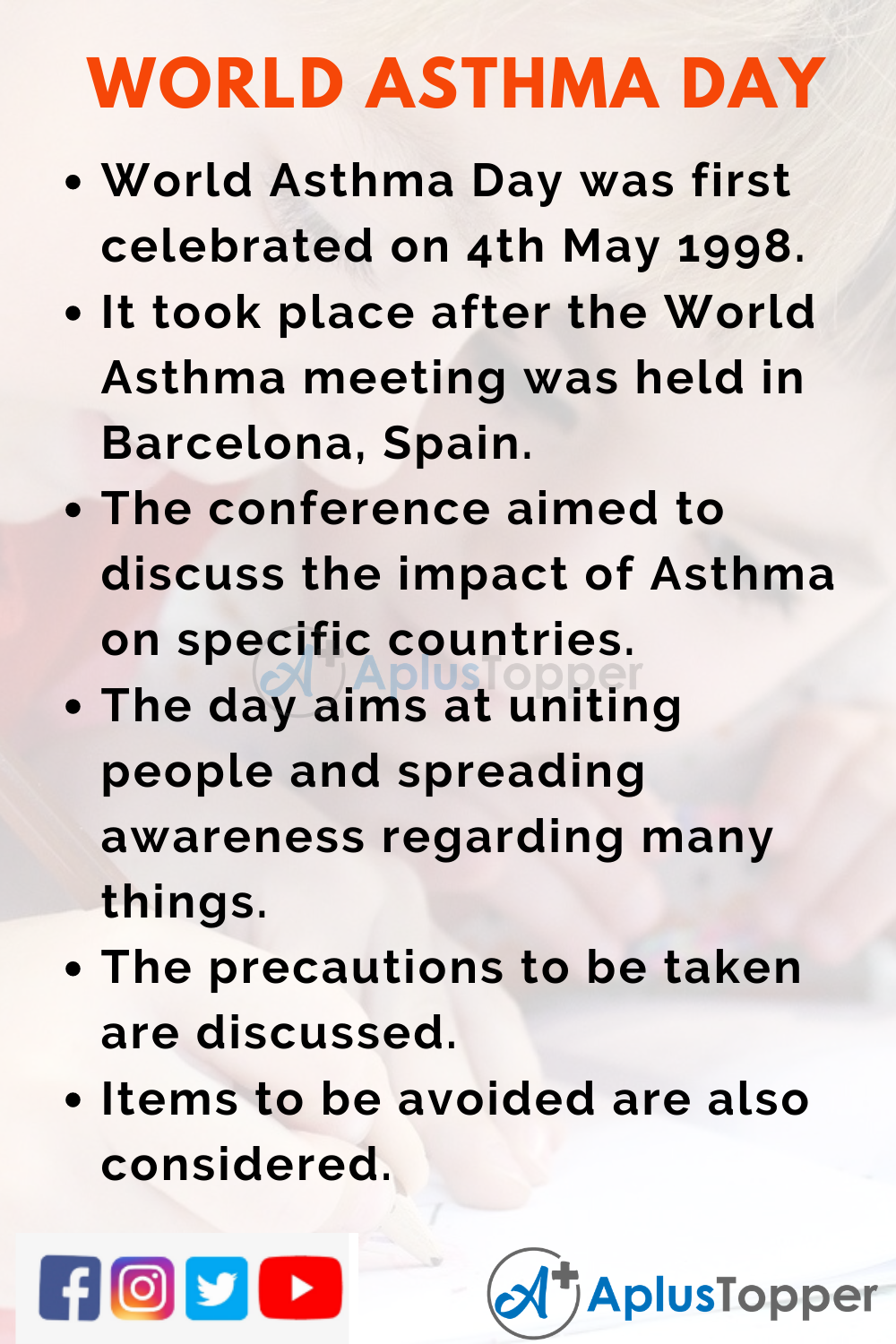 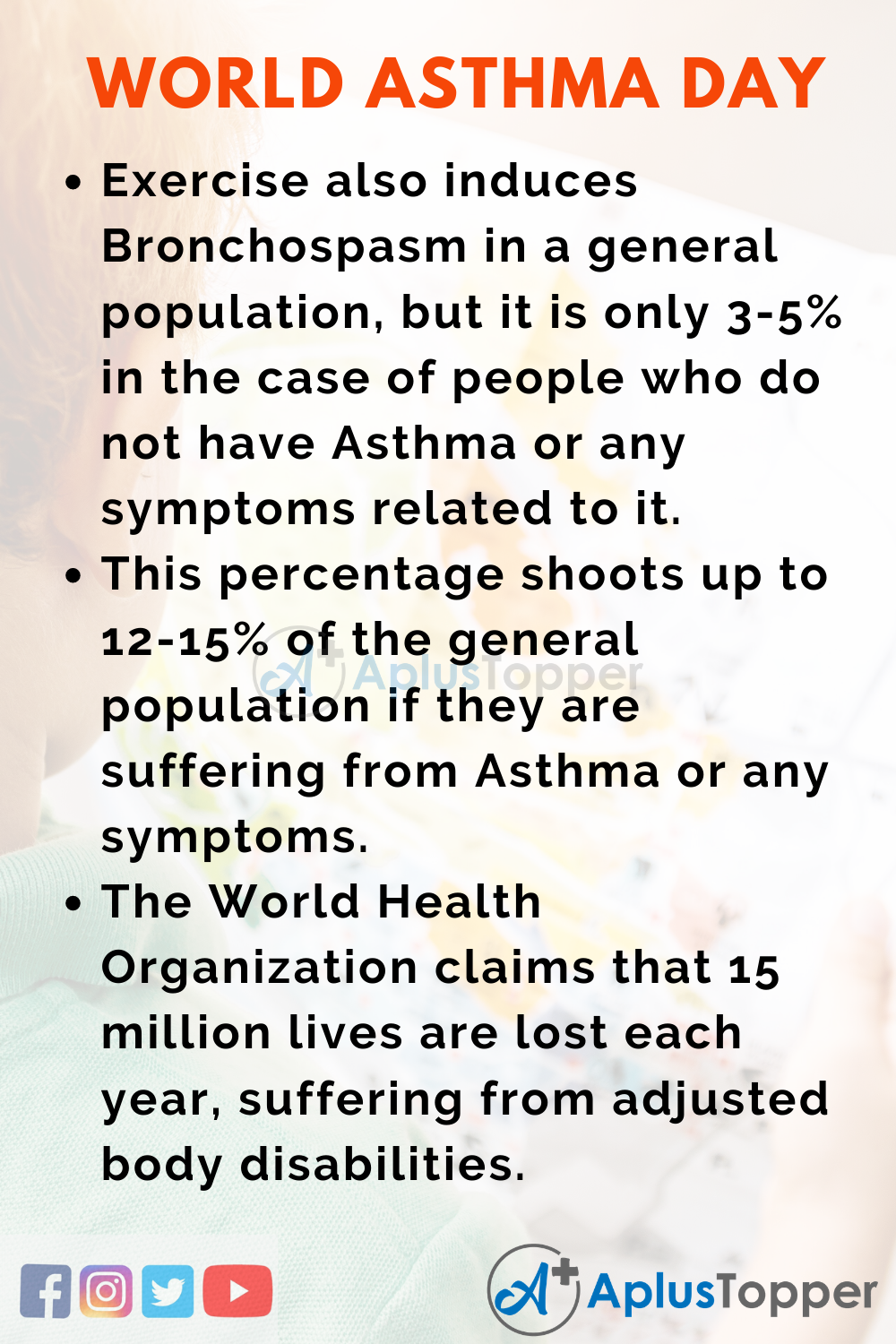 Question 1.
What is World Asthma Day?

Answer:
World Asthma Day is an annual event when people around the world join hands to spread awareness regarding Asthma around the globe. It is an event to make asthma patients feel that though we might not know how pathetic it is to suffer from it, we are still with them in this fight against the disease.

Question 2.
When was World Asthma Day celebrated for the very first time?

Answer:
In the year 1998, the first World Asthma Day was celebrated in more than 35 countries around the world. It was the aftermath of the World Asthma Meeting, which was held in Barcelona, Spain, in the same year.

Question 3.
Can Asthma be cured permanently?

Answer:
Sadly, it is chronic and incurable. On the other hand, it is eminently controllable, which makes it seem less dangerous than it actually is. Many sufferers have been seen to control it to such an extent that it equals a virtual cure.

Question 4.
What are the symptoms of Asthma?