Several international and national campaigns are held to make people learn about the different aspects of the disease. The advancement in the medical field has undoubtedly helped in the decrease in the deaths caused by the AIDS epidemic. Therefore to pay our homage to people continually working in helping patients with HIV and AIDS, the first day of December is observed as World AIDS Day. 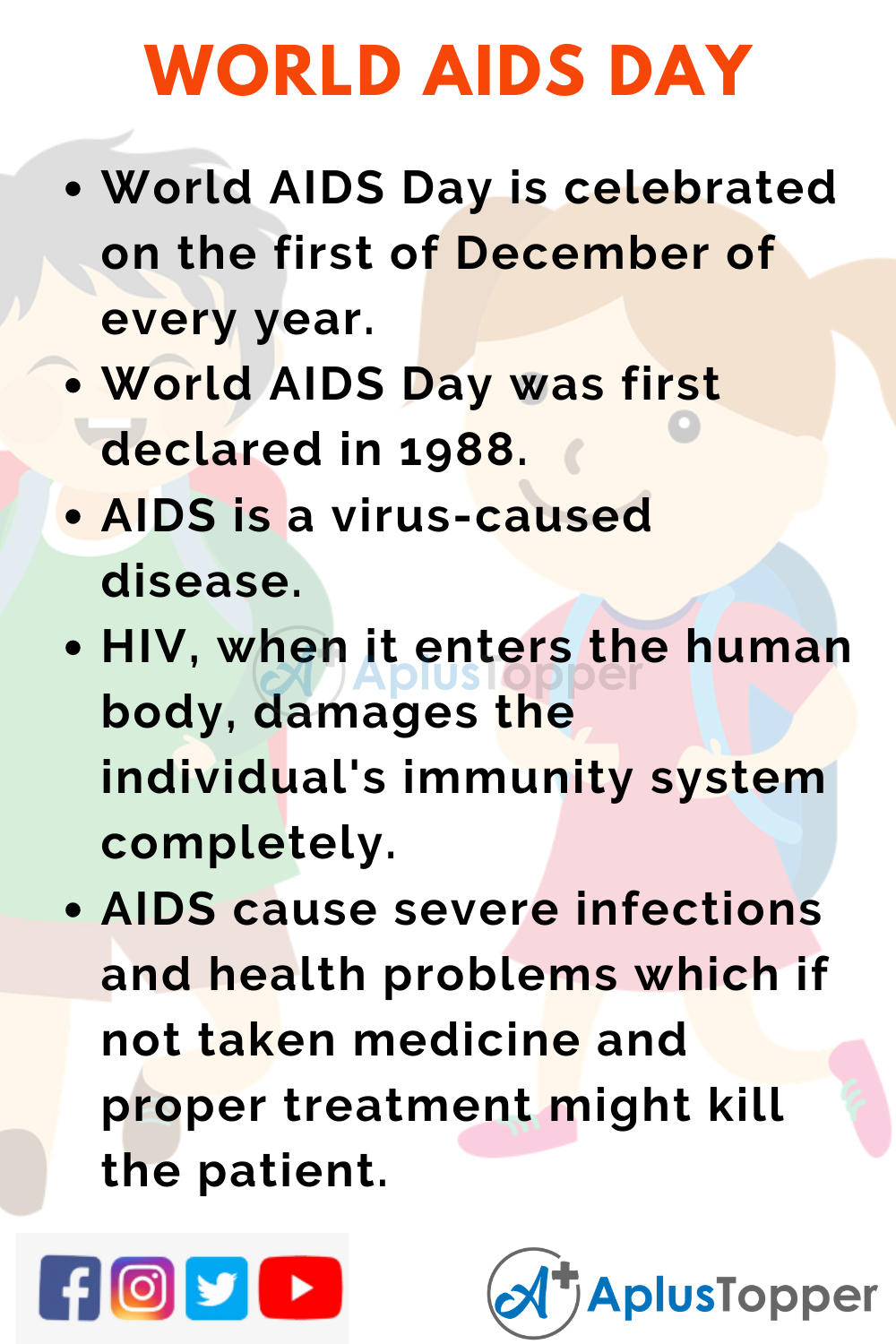 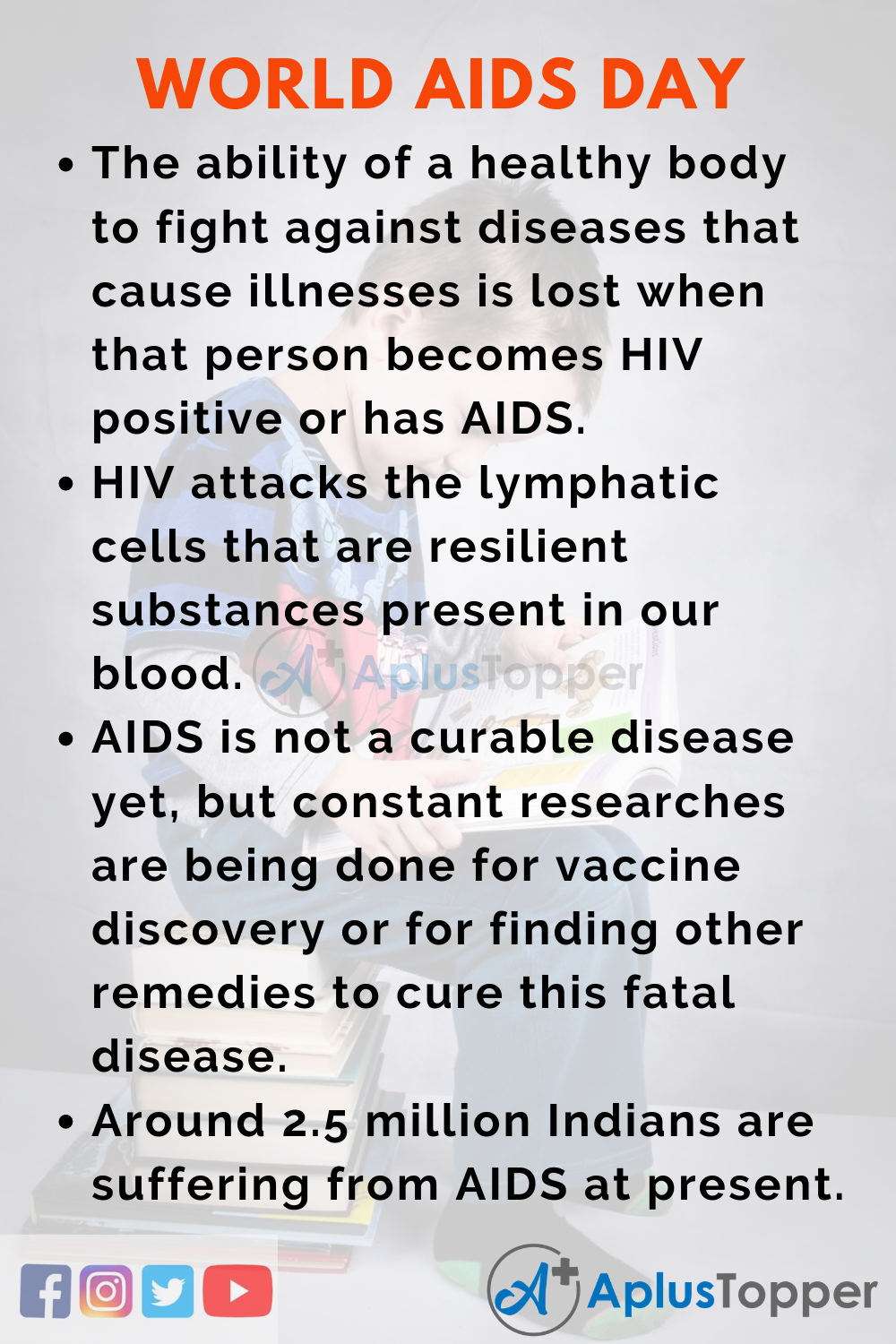 Answer:
AIDS is the acronym for Acquired Immune Deficiency Syndrome.

Answer:
Human Immunodeficiency Virus is the full form of HIV.

Question 3.
Tell briefly about the origin of AIDS.

Answer:
Researches regarding AIDS have revealed that it might have originated from Apes and Chimpanzees in the western-central part of Africa in the 20th century.

Question 4.
What is the global symbol for solidarity towards AIDS and HIV patients?

Answer:
A uniquely folded red ribbon is the global symbol for solidarity with HIV-positive patients who are living with AIDS.