10 Lines on Wonder of Science: From the discovery of fire and the wheel to the invention of electricity and the internet in today’s world, the wonder of science has no limits and bounds. From a time when men thought the earth is flat to a time when the man is sent to space, moon and beyond, humans have evolved progressively in the last few centuries. A simple 10 lines on wonder of science will not be enough to talk about the impact of science on our society. Set 2 – 10 Lines on Wonder of Science for School Students 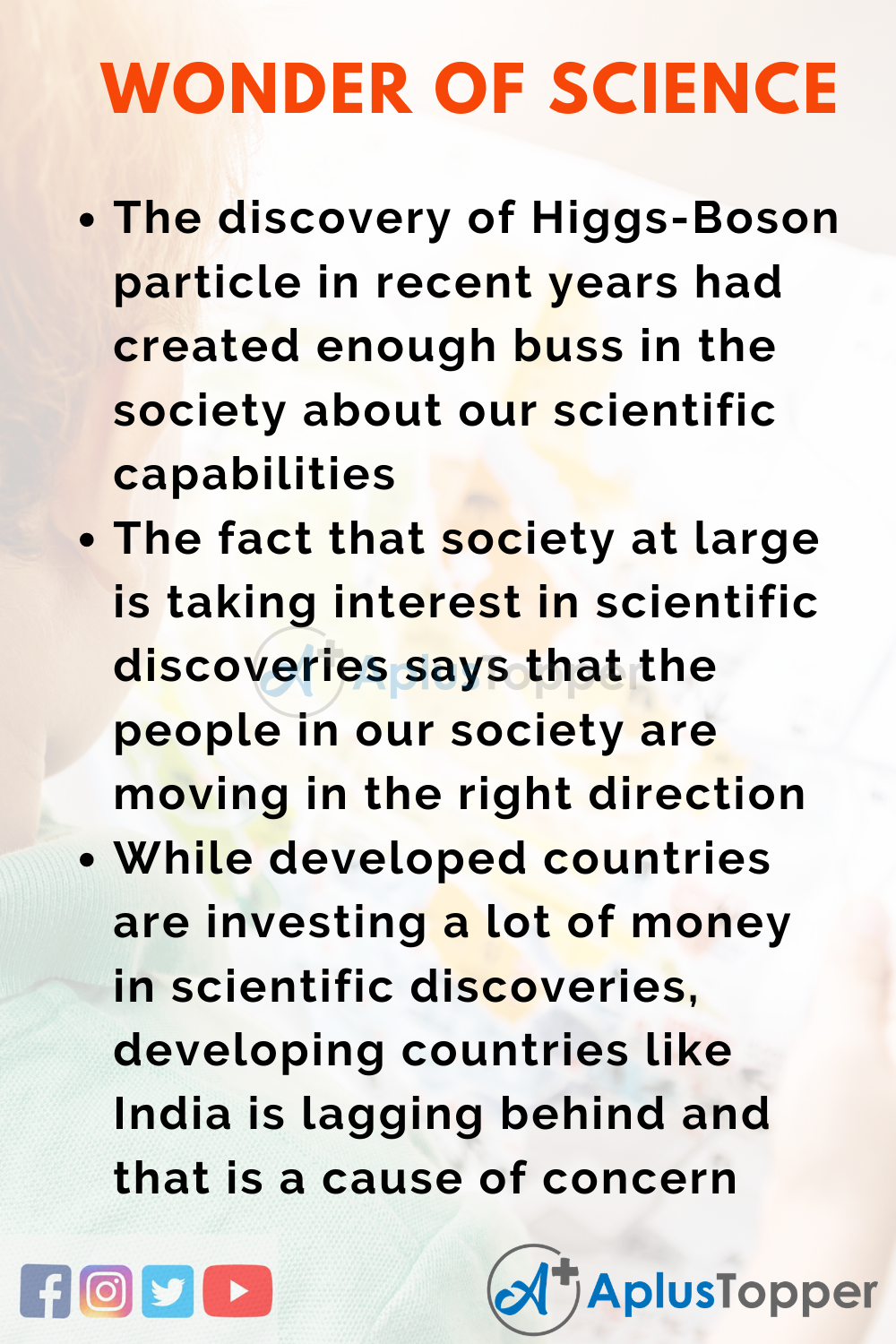 FAQ’s on 10 Lines on Wonder of Science

Question 1.
What is the importance of science in our society?

Answer:
Without science, there would be no progress of human civilization and the technological inventions that we are enjoying today would not have existed without scientific discoveries and theories

Question 2.
Which is the most valued award in the field of science?

Answer:
Nobel Prize is considered as the most valuable award in the field of science that is given out every year to deserving scientists

Question 3.
What are the various fields of science to pursue a career in?

Answer:
Physics, chemistry, mathematics, biology, Astrophysics and astronomy are some of the popular career options in the field of science for aspiring students

Question 4.
Which is the top institute in the world to pursue a career in science?

Answer:
Massachusetts Institute of Technology in the United States of America is considered to be the top institute to pursue a career in Science and Engineering