10 Lines on WhatsApp: Technology is improving day-by-day in the world. We live in the 21st century. There is no mistake in calling this period as the digital world. Then again, it is time everyone has a smartphone in his hand. Due to the smartphone, everyone is capable of handling multi-tasks at a single time. Chatting became one of the parts of everyone in the daily routine. Either we chat with the known persons or with whom we don’t know.

WhatsApp is a platform of instant messages and voice-over-internet protocol service. It is the application that runs from a mobile device and also it is accessible from computers and laptops. More than five billion people over the world use it to stay in touch with family, friends, and colleagues at any time and anywhere. We can send messages, images, videos, emojis, voice calls, video calls, GIFs and many more through the WhatsApp from the internet. Now, in this article, check out the sets on 10 lines on WhatsApp. 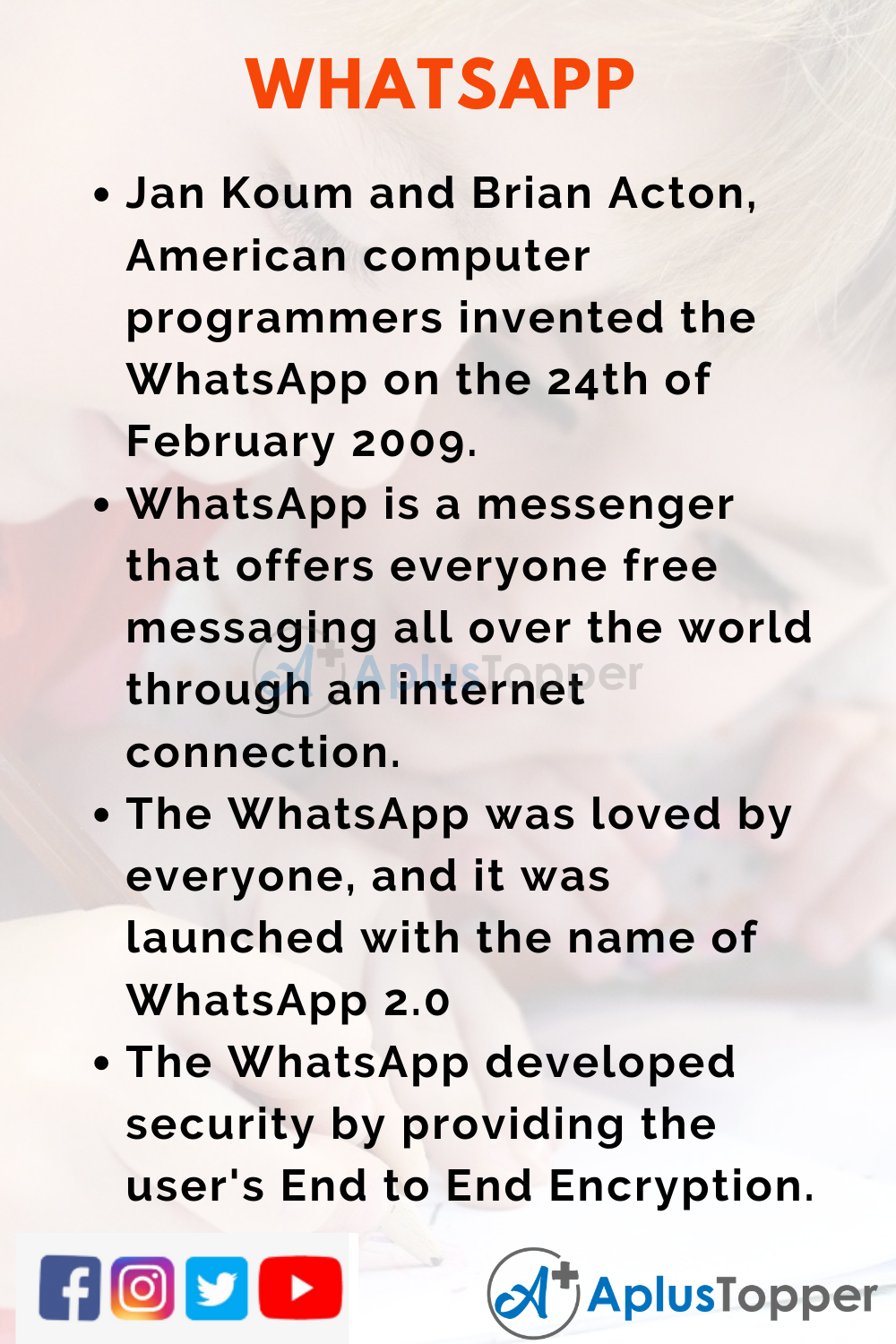 FAQ’s on 10 Lines on WhatsApp

Question 1.
How to install the WhatsApp?

Question 2.
How to use the WhatsApp?

Question 3.
How to chat with friends?

Question 4.
What are the best features of WhatsApp?

Answer:
Some of the features of WhatsApp are: