10 Lines on Whale: Whales are the biggest aquatic animals in the world and most of us have usually watched it in videos and pictures but never in real life. They are found in remote areas of seas and oceans and are important to maintaining the ocean ecology. Whales are usually not considered as fishes but they are considered as some of the largest mammals to have walked on this planet. The blue whale is the biggest of them whose length is more than a hundred feet.

In this particular 10 lines on whales in English article, we shall be talking about various aspects of whales such as what does a whale eat, how does a whale look, where are whales found, what is the lifespan of a whale and many more such questions will be answered. 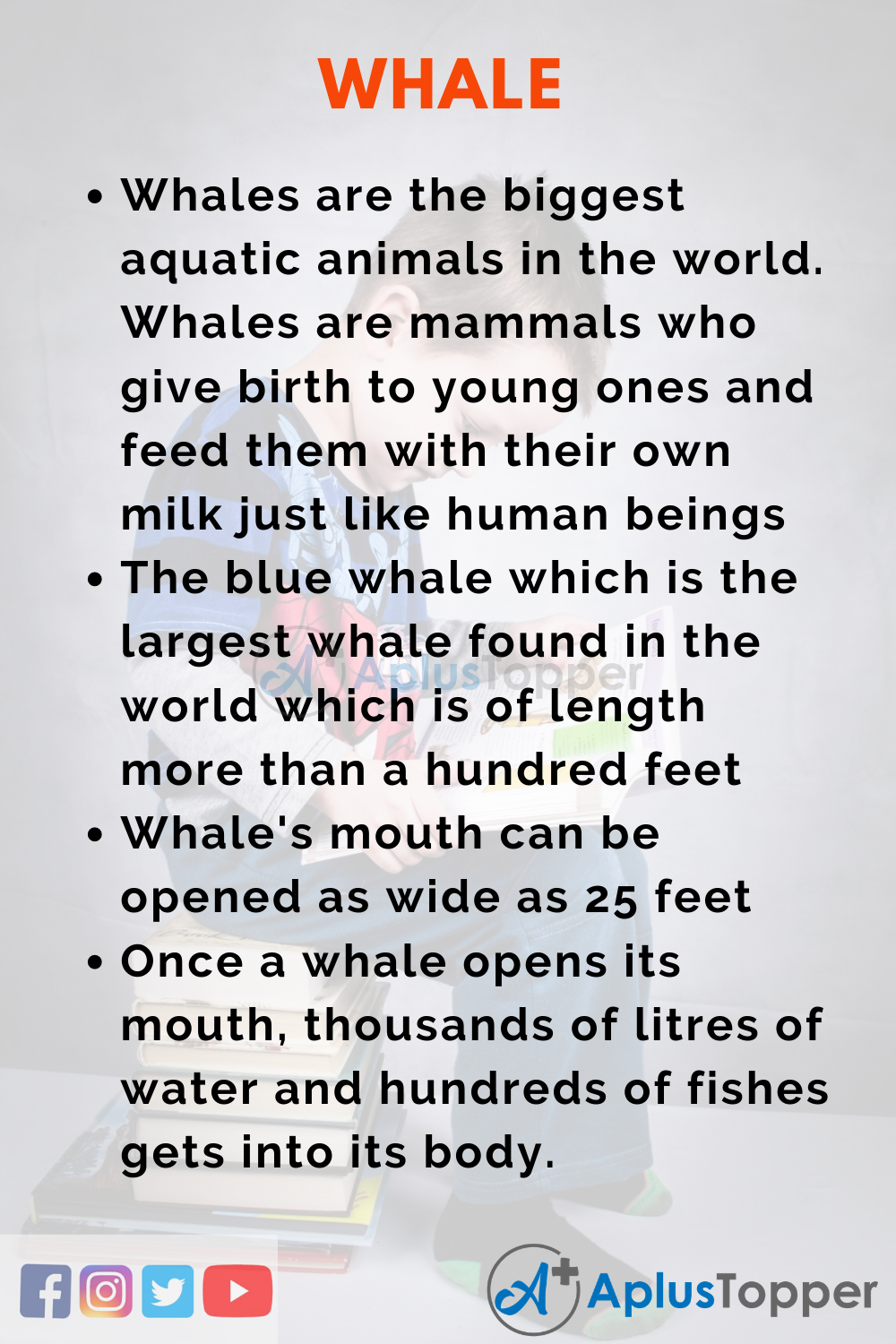 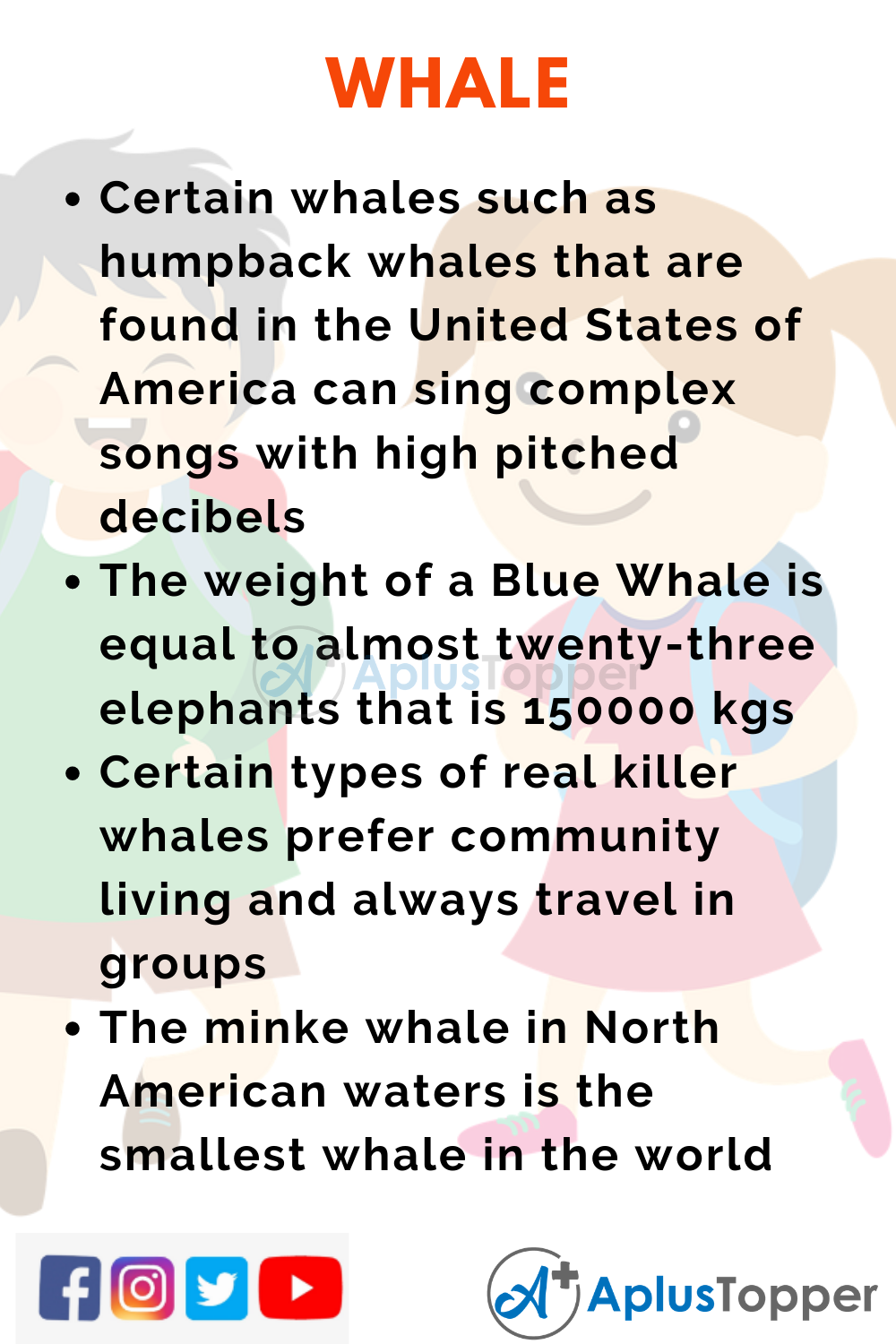 FAQ’s on 10 Lines on Whale in English

Question 1.
What is the lifespan of a wale?

Answer:
Depending upon the type of the whale, the lifespan varies between 30 years to 100 years

Question 2.
What is the average length of a Blue Whale?

Answer:
The average length of the blue whale is between 24 to 28 meters

Question 3.
How many whales are there in the world?

Answer:
More than 15000 whales are estimated to be present in the world

Question 4.
How do whales reproduce?

Answer:
Blue whales reproduce through sexual reproduction which is also known as sexual meiosis where the male’ sperm and female’s eggs combine and fertilize in the female whale’s body