10 Lines on Ujjwala Yojana: On the 1st of May 2016, the Prime Minister of our Country, Shri Narendra Modi, implemented the Ujjwala Yojana. This was done to provide Liquid Petroleum Gas to the various rural Households. The households targeted in the schemes were all below the poverty line. They were either using “chuhlas” for cooking or survived on mostly boiled foods. These gas connections were provided to the individuals at a subsidiary rate. The subsidies provided at a cumulative level were substantial. The government made around 50 million allocations. The budgetary allocations made for the scheme were about 80 billion rupees. This was a considerable amount. The schemes outperformed the targets set by the government in the first year of its implementation. 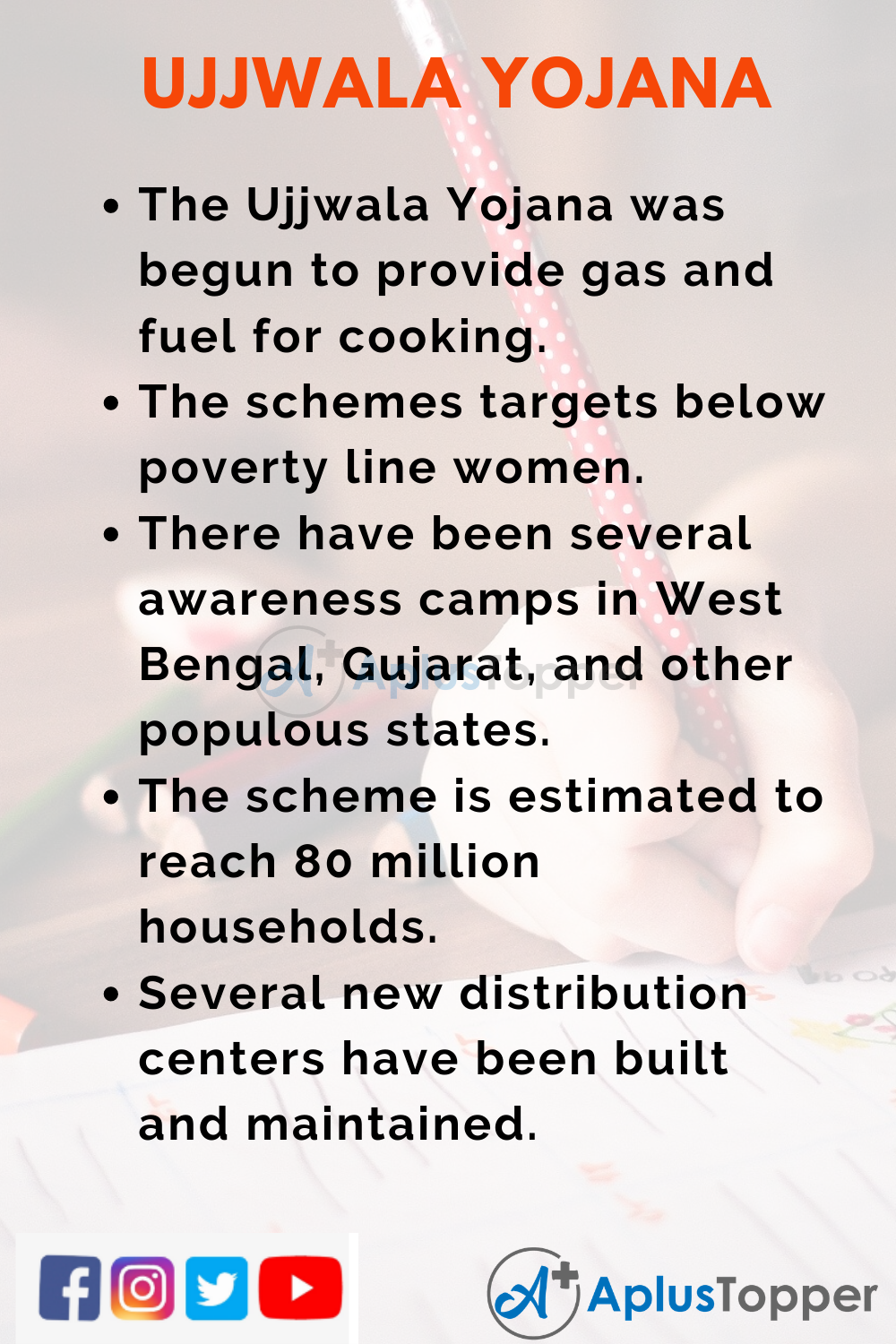 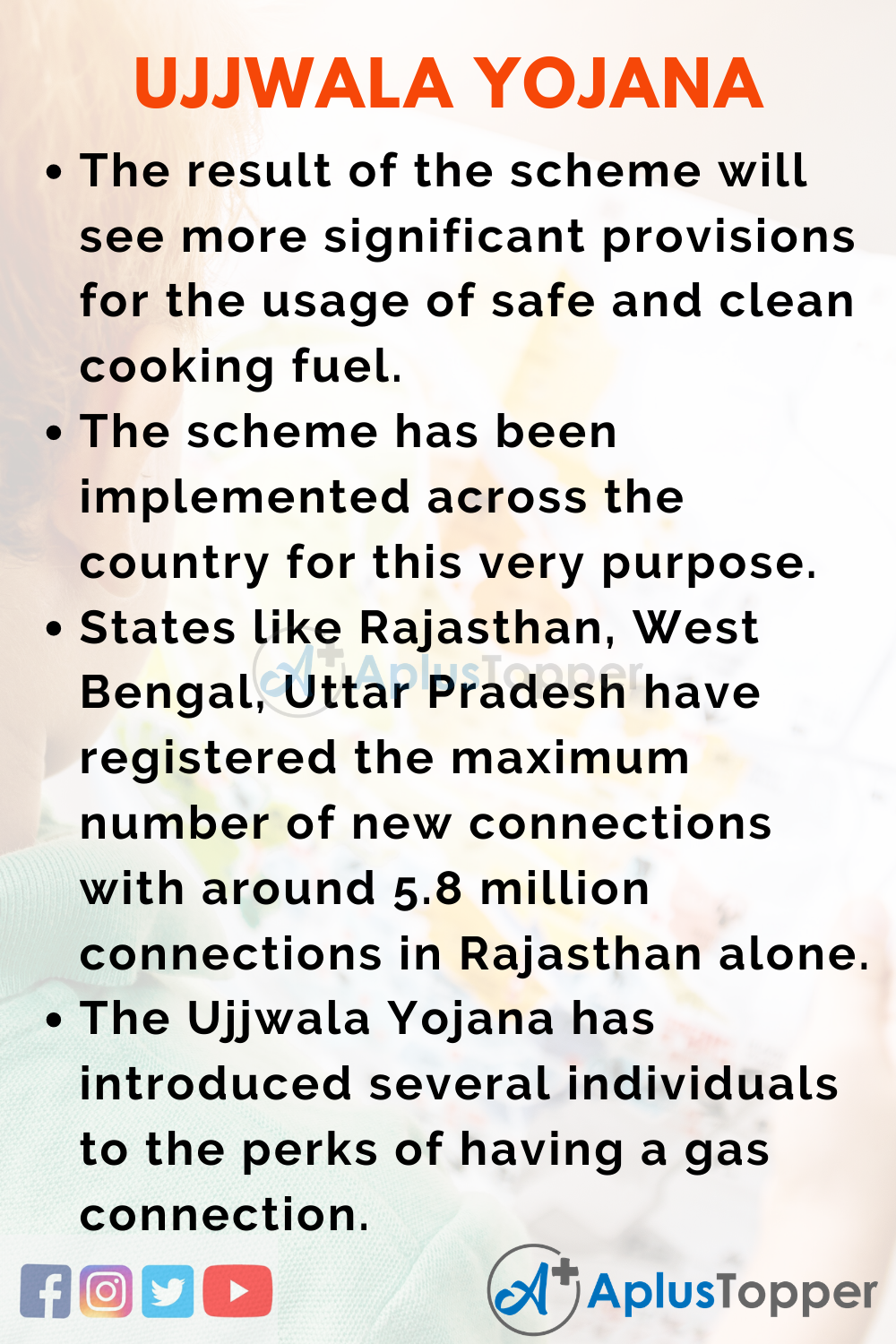 FAQ’s on 10 Lines on Ujjwala Yojana

Question 1.
When was the Ujjwala Yojana announced, and when did its implementation begin?

Question 2.
How many connections have been distributed so far?

Answer:
The last recorded number of new connections distributed crosses 10 million. It has reached almost 16 million households by the Aaddhar Card verification process. The scheme has also reached out to some 20 million below poverty line families without an Aaddhar Card.

Question 3.
Why is this scheme relevant?

Answer:
The scheme aims to provide safe and clean energy resources to below poverty line families. It provides subsidies to the women of these families.

Question 4.
What energy sources does it aim to replace?