10 Lines on Udan Scheme: Udan is one of a kind of national scheme that focuses primarily on the rural, lower, and middle-class people of our country. Udan is being accepted by the people as it caters to the mass population of the country. this central government scheme means it flies the ordinary civilian of the nation ( Ude Desh ka Aam Naagrik) “UDAN.” 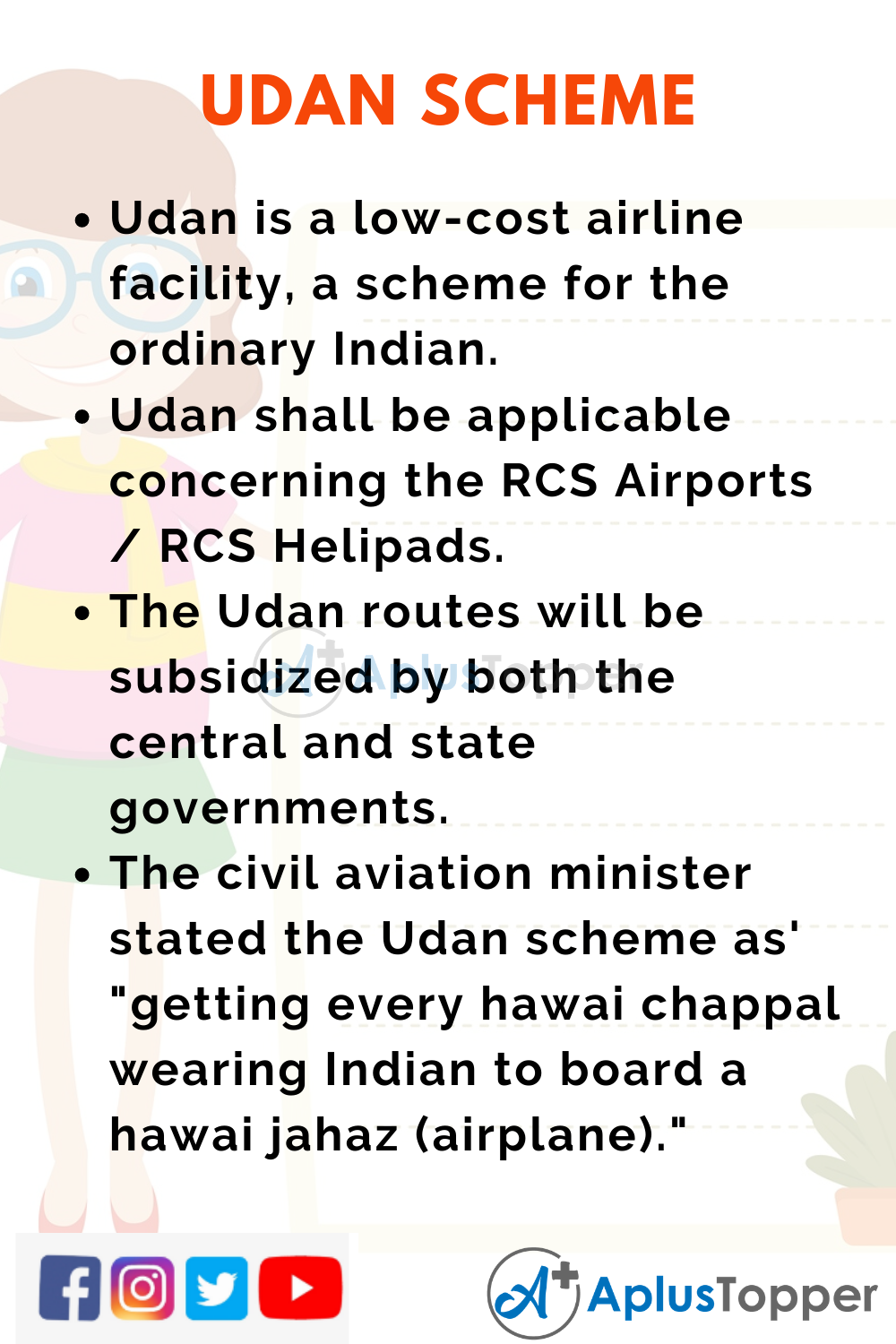 FAQ’s on 10 Lines on Udan Scheme

Question 1.
What is the full form of Udan?

Question 2.
When was the Udan scheme launched?

Answer:
The scheme was launched on the 27th day of April 2017, at Delhi, by our Prime Minister Narendra Modi.

Question 3.
Has the Udan scheme been successful?

Answer:
The motto of the scheme was to provide the rural, middle class a low-cost flying opportunity. It was also aimed at developing the nation by bringing the underserved and unserved airports to life. The scheme is also a crucial part of many other schemes and is a way to achieve those. Thus, all in all, it can be said the scheme has been quite successful even though it has a long way to go.