10 Lines on Tatya Tope: Tatya Tope whose full name is Ramchandra Pandurang Tope is one of the first freedom fighters in India who encouraged people back in the mid 18th centuries to rebel against the British East India company

He was a close associate of nana saheb and joined the then Indian forces to revolt against the British atrocities. Given the lack of awareness of people at that point of time against the authoritarian rule of British East India Company, Tatya Tope realised the power of rebellion for an independent future India. 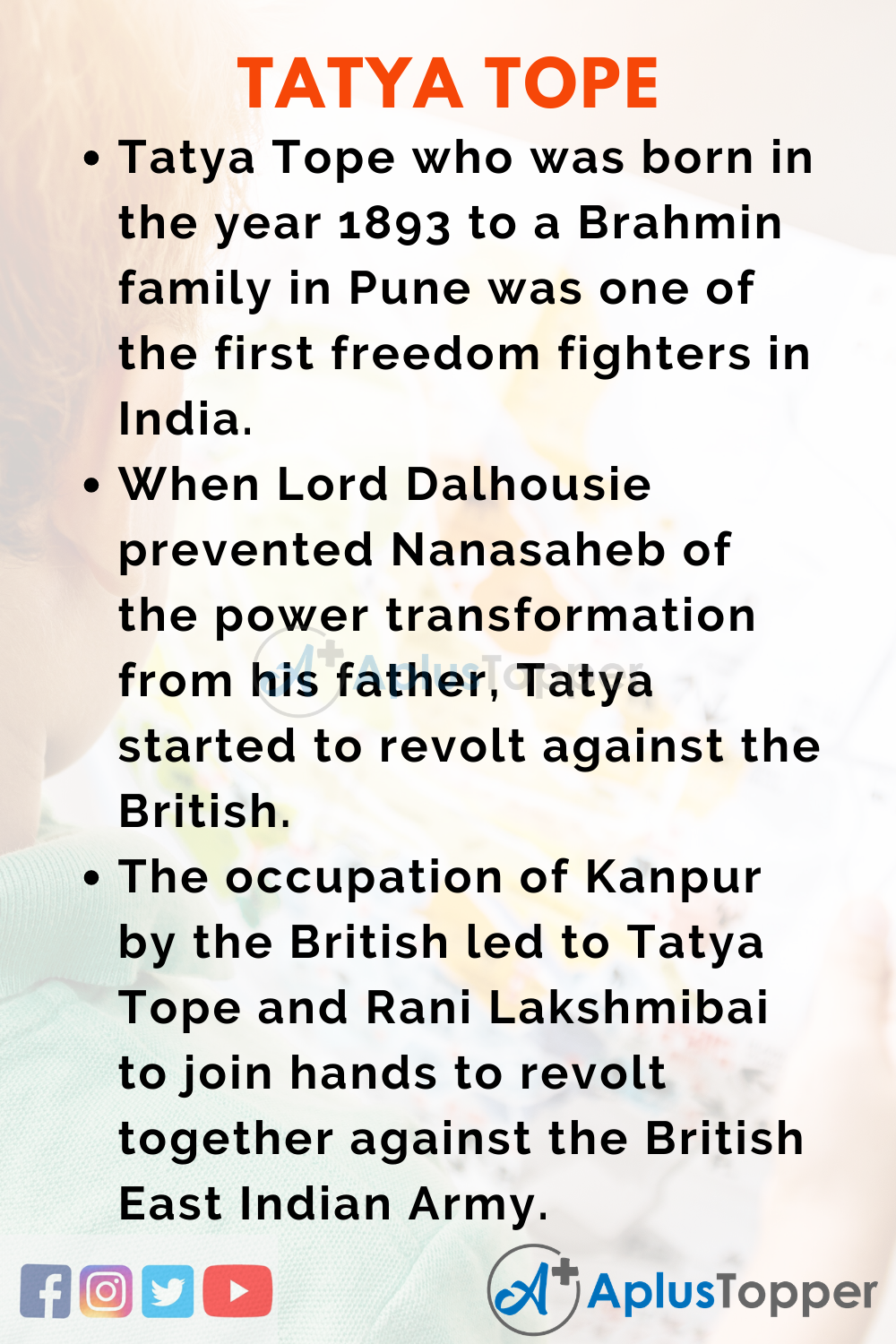 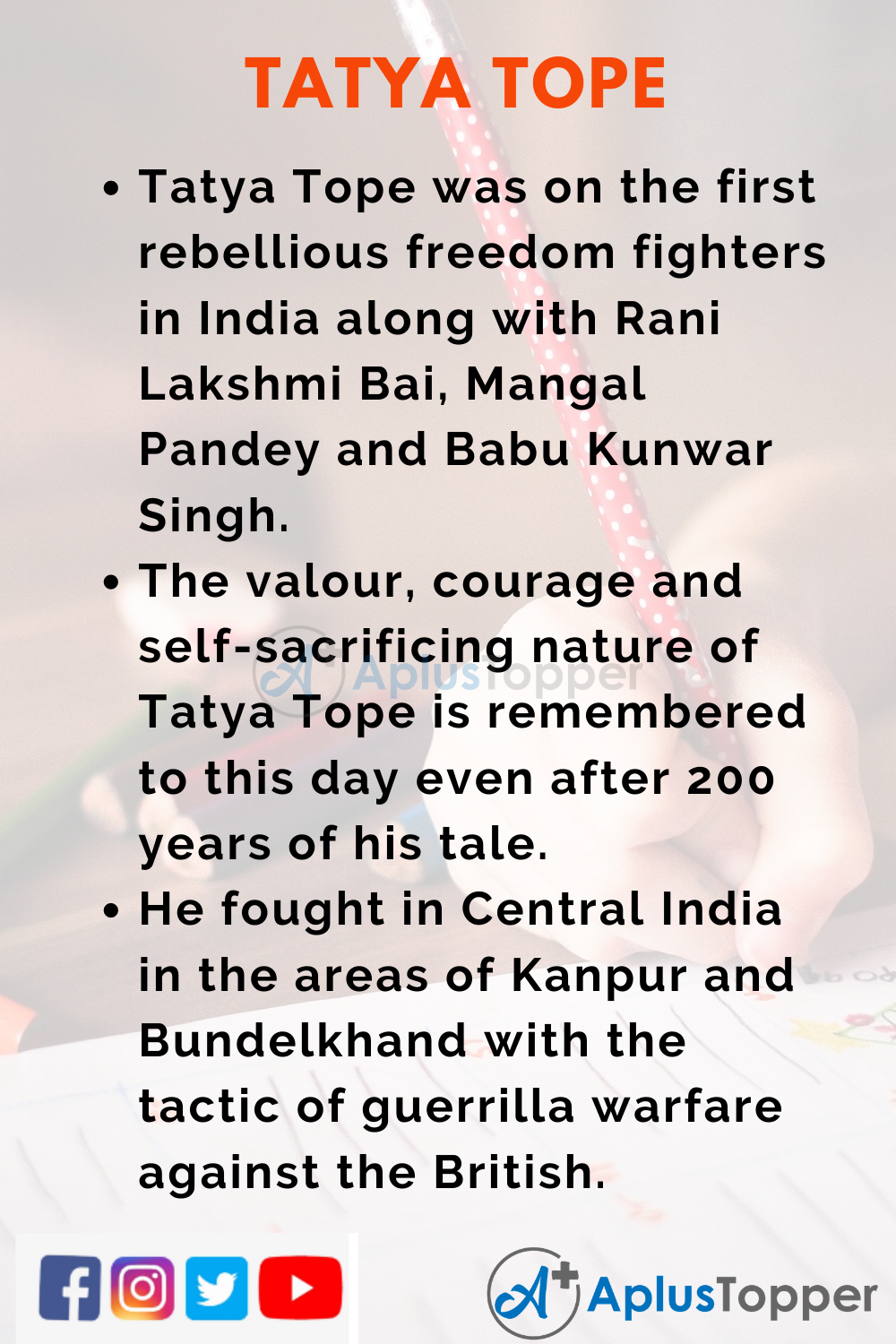 FAQ’s on 10 Lines on Tatya Tope

Question 1.
Who defeated Tatya Tope according to British history?

Question 2.
When did Tatya Tope die?

Answer:
Tatya Tope died in 1859 on April 18th but many experts and historian suggest that he actually died in the year 1909 in Gujarat

Question 3.
What military tactics did Tatya Tope use?

Answer:
Guerrilla Warfare was the favourite military tactic that Tatya Tope used to wage war against the British in India

Question 4.
What is the real name of Tatya Tope?