The one thing that sets the river apart from most rivers in India is that it flows into the Gulf of Khambhat. The Tapi river has very fertile, and high-quality soil is suitable for agricultural activities. It’s one of the significant advantages that the farmers have in the area.

Another important thing about the Tapi river is that it provides a means for transportation for the people living on the river banks. ‘Lifeline of Madhya Pradesh’ is a name that is given by the people of the state because of the importance of the river.

The starting point of the river is the Satpura range. It’s the range which is one of the favorable habitats of wild animals. Goddess Tapi is the one after whom the river is named. 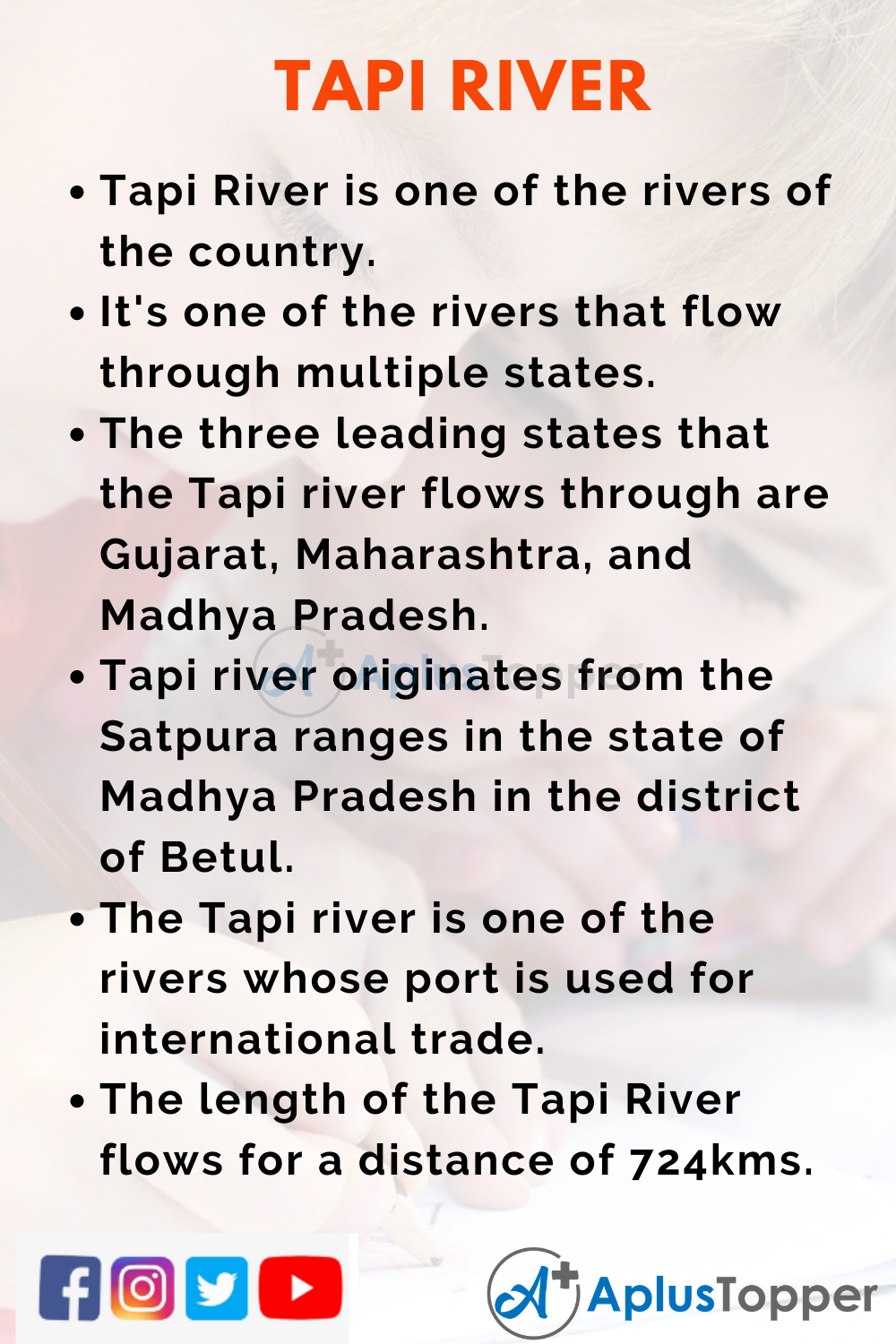 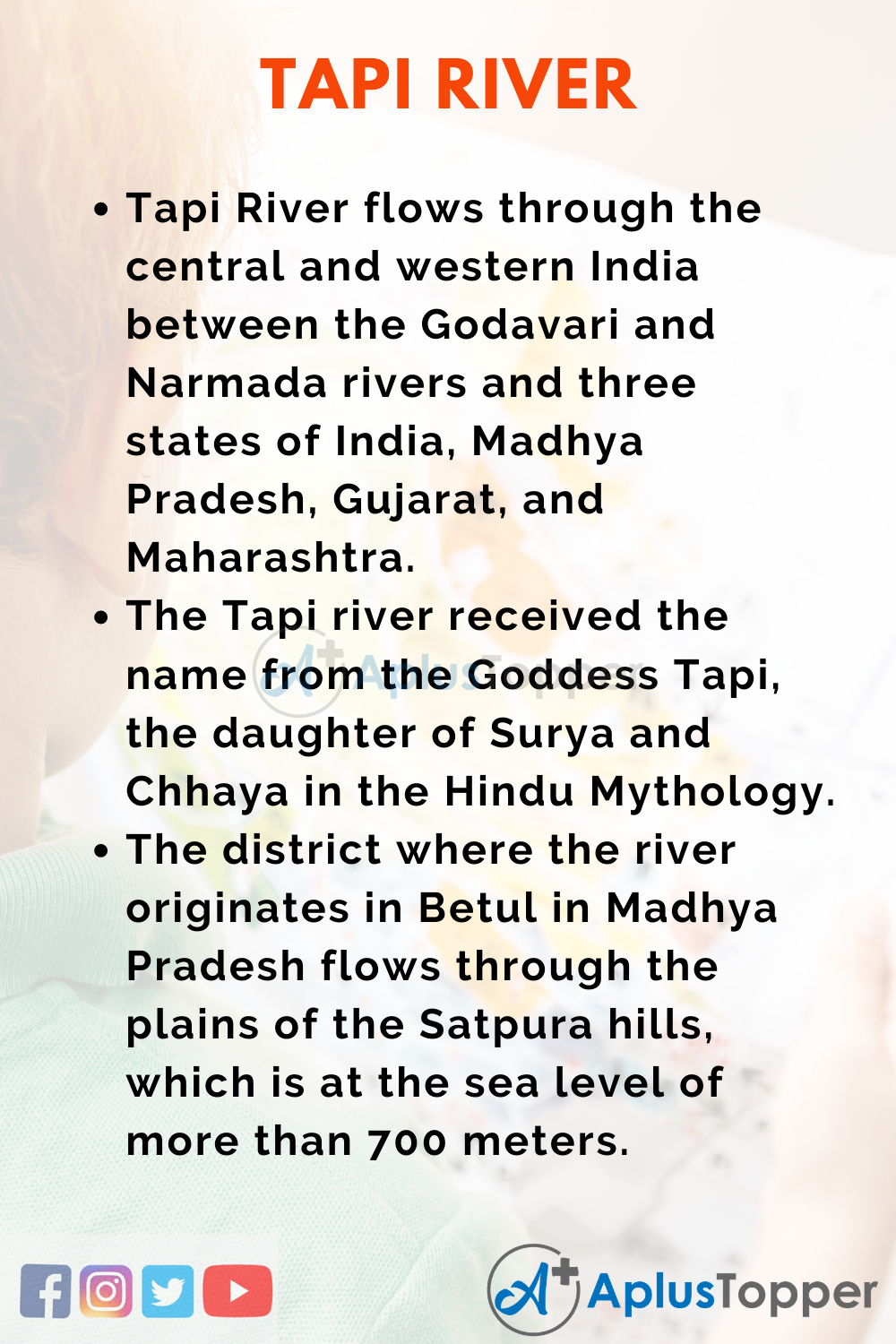 FAQ’s on 10 Lines on Tapi River

Question 1.
Where does the Tapi River originate?

Question 2.
What is the importance of the Tapi River for traders and merchants?

Answer:
The Tapi River holds high importance for traders and merchants because it has many ports that are used for international trade.

Question 3.
Which hills does the Tapi River flow through?

Answer:
The Tapi River flows through the Satpura hills, which is many hundreds of meters above sea level.

Question 4.
Which dam is built across the Tapi River?

Answer:
The Sagar Dam is built across the river.